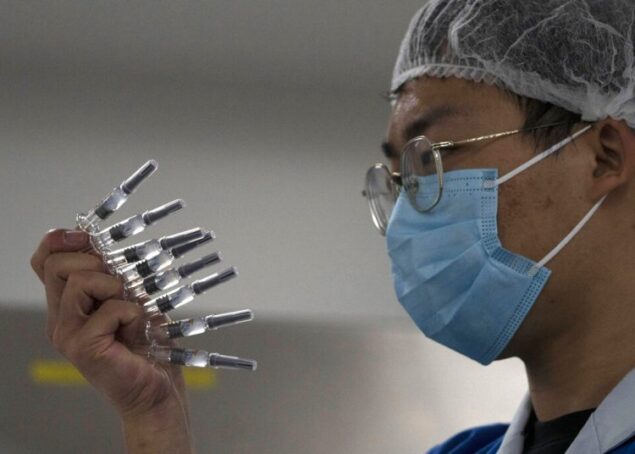 An employee inspects syringes for the COVID-19 vaccine produced by Sinovac at its Beijing factory. Photo: Ng Han Guan/AP/Archive.

“All the predictions and scientific rationality indicate that unfortunately we will have to suffer new epidemics as a logical result of the increase in world population, animal production and the movement of people,” explained Dr. Gerardo Guillén, director of Biomedical Research at CIGB.

Scientists from Cuba and China want to anticipate future pandemics by investigating a potential generic vaccine that protects against different types of coronavirus and possible emerging variants.

The Pan-Corona project is based on a joint biotechnology research and development center operating since 2019 in the city of Yongzhou (central Hunan province) and is led by experts from the Caribbean island’s Center for Genetic Engineering and Biotechnology (CIGB).

“All the predictions and scientific rationality indicate that, unfortunately, we will have to suffer new epidemics as a logical result of the increase in world population, animal production and the movement of people,” explained Dr. Gerardo Guillén, director of Biomedical Research of the CIGB, in an interview with EFE.

The initiative focuses on coronaviruses not only due to the global crisis caused by the SARS-CoV-2 but also taking into account that this family of viruses is one of the most likely to jump from animals to humans (a phenomenon called zoonosis), with antecedents such as MERS or SARS-CoV-1.

How is a generic vaccine made?

“We have learned from what has been happening in recent years and we would be naive if we did not prepare for possible new emergencies. China knows this too,” he said.

Thus, in February of last year, with the COVID-19 pandemic in its infancy, the CIGB presented this project to a call from the Chinese Ministry of Science and Technology and obtained funding to start investigating “something different,” given that “everybody in the world” was already working on vaccines against SARS-CoV-2.

Pan-Corona is a recombinant-type antigen, which is the vaccine development platform in which the CIGB has the most experience, with a successful history such as the one for hepatitis B, in addition to two of the COVID-19 vaccine candidates, one of them (Abdala) in the last phase of clinical trials.

“We are not starting from scratch or trying something unprecedented, therefore we trust that we will move forward quickly,” he said and recalled that the institution has more than 50 research projects, not only in vaccines but also in oncology, infectious diseases, cardioprotection or autoimmunity.

The vaccine candidate, the scientist explained, combines two immune response mechanisms: the humoral, which is the antibody response, and the cellular, which are cells activated to fight the virus.

“We are looking, among the different coronaviruses, for conserved regions for both antibody and cellular responses,” he added.

In other words: a vaccine is being designed that artificially combines common fragments of different types of already known coronavirus, with the aim of inducing an antibody response in the body.

Bioinformatics and modeling groups from the CIGB have worked in the design. Their task has been to study and select the “regions” that are conserved in both human and animal samples of the virus, to be able to combine them in a single vaccine.

The vast amount of information shared by the international scientific community in the wake of the current pandemic has been key to making rapid progress on this initiative. “Hopefully this will continue,” Guillén said.

The fact that there are more than 300 vaccine candidates developing at the same time in the world, more than 80 of them in clinical studies and thirteen already authorized vaccines “is something unprecedented in humanity,” the expert stressed.

But ironically, the new coronavirus pandemic, a determining factor in the conception of this project, is also the factor that is weighing it down. 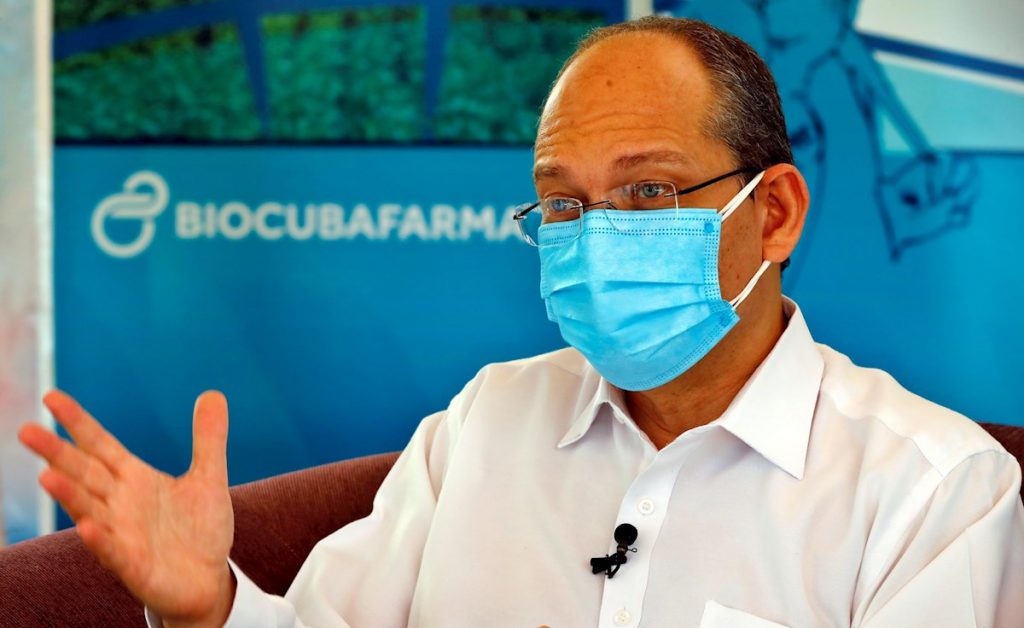 Dr. Gerardo Guillén, director of Biomedical Research at the Center for Genetic Engineering and Biotechnology (CIGB), speaks during an exclusive interview with EFE on April 15, 2021, in Havana. Photo: Ernesto Mastrascusa/EFE

The knowledge accumulated in recent months has propelled the work, but the Cuban scientists leading the Pan-Corona research have not yet been able to travel to China due to border closures and strict entry requirements.

Being able to do research in situ in Yongzhou is crucial in this case because of access to advanced technology, materials and other resources, something that in Cuba is impossible due to the acute economic crisis the country is experiencing and the obstacles imposed by the United States embargo also reinforced in recent years.

“The blockade (as the embargo is called in Cuba) is an enormous limitation, even the increase in the price of raw materials, which for Cuba is double, triple, quadruple because we cannot bring them directly from the United States, which is the closest market and where most of these inputs we need are produced. Also the limitation with the equipment, the spare parts…,” Guillén added.

These obstacles, however, have also made the island’s scientists more creative: “without a doubt, the blockade has forced us to innovate because others could have the things they need and we have to find other ways to achieve the same result.”

“We don’t have such and such a reagent, well, how can we replace it, how can we change the process,” he noted.