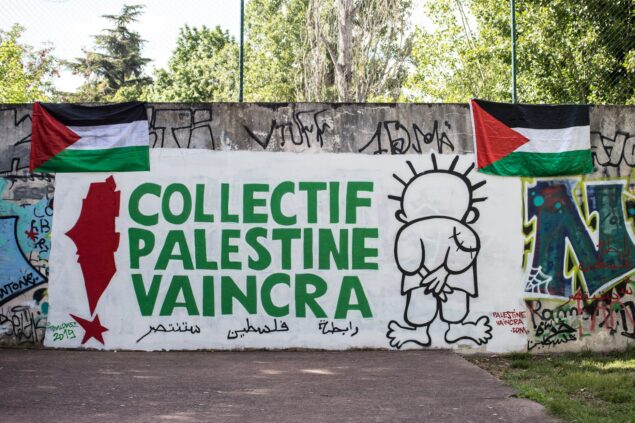 In the latest assault on Palestinian rights and freedom of expression, French Interior Minister Gerald Darmanin tweeted that he is asking for the dissolution of the Collectif Palestine Vaincra (“Palestine Will Win”), the French Palestine solidarity organization and a member of the Samidoun Network, “at the request” of French president Emmanuel Macron.

In the latest assault on Palestinian rights and freedom of expression, French Interior Minister Gerald Darmanin tweeted that he is asking for the dissolution of the Collectif Palestine Vaincra (“Palestine Will Win”), the French Palestine solidarity organization and a member of the Samidoun Network, “at the request” of French president Emmanuel Macron. This blatant assault on freedom of expression and association once again reveals the complete disregard of the French state for the principles of “human rights” and “democracy” it claims to support. We urge all supporters of justice in Palestine to take action to defend the Collectif Palestine Vaincra and the Palestinian liberation movement from the latest attacks of the French state, in full alliance with Israeli war crimes, colonialism and apartheid.

This comes after a series of “dissolutions” imposed by the French state, including an order to dissolve the Collective Against Islamophobia in France (CCIF) as well as various leftist and anti-racist organizations. While the French state attempts to parallel these dissolutions to far-right organizations, those fascist groups have been classified largely as “militias,” while Darmanin states that the Collectif Palestine Vaincra, and another Palestine solidarity group in France, must be censored and criminalized because it opposes imperialism, colonialism and Zionism. This is made quite explicit in Darmanin’s statement, which appears to declare that believing that Muslims face discrimination and racism should also be illegal in France.

When a group is “dissolved” by the state, it may not hold meetings or organize events. Material bearing the group’s name and logo is banned, and members and activists who continue to organize in the name of the group can be fined and even imprisoned. This is shameless political repression carried out by an imperialist power that claims to defend human rights while trampling atop them.

This type of criminalization reflects the French state’s ongoing attempts to cover up its crimes of colonialism throughout the region and its complicity in Israeli war crimes with the repression, silencing and censorship of Palestinian and Arab communities and Palestine solidarity organizations. This comes after multiple attempts to criminally prosecute activists for distributing flyers calling for the boycott of Israeli goods and participating in BDS campaigns, for which France was condemned by the European Court of Human Rights.

It also comes as France continues to imprison Georges Abdallah, the Lebanese Arab struggler for Palestine jailed for over 37 years. The Collectif Palestine Vaincra is one of the leading organizations working to obtain the freedom of Georges Abdallah, exposing the French government internally and internationally. This dissolution order is an attempt to censor and suppress that growing movement that brought over 1,500 to protest in Lannemezan last October, to the gates of the prison where he is held.

It also comes amid the French presidential elections, and as pro-Zionist lobby organization, CRIF, holds its annual dinner, which Macron was scheduled to attend – and was attended in his place by the prime minister, Jean Castex, due to the Ukraine crisis. Speaking at the dinner, Castex declared that “Jerusalem is the eternal capital of the Jewish people,” lending support to the ongoing Israeli ethnic cleansing of Palestinians from Jerusalem.  The Collectif Palestine Vaincra launched #Palestine2022 last month, an initiative that aims to bring Palestine into the election campaign — and hold those French politicians supporting Israeli apartheid, like Darmanin and Macron, accountable. The dissolution not only follows a slanderous campaign by the Israeli extreme right and its supporters and agents, but also seemingly aims to protect these politicians from scrutiny, criticism and exposure for their ties to Israeli apartheid.

Samidoun Palestinian Prisoner Solidarity Network condemns this attack in the strongest terms. This comes almost exactly one year after Israeli war minister and war criminal, Benny Gantz, labeled Samidoun a “terrorist” organization, and four months after he applied the same label to six prominent Palestinian NGOs, including human rights, prisoner advocacy, women’s and farmers’ organizing groups. These and other attacks across Europe – such as the expulsion of Palestinian writer Khaled Barakat from Germany – reflect a desperate attempt to silence by any means the growing international movement challenging Israeli war crimes and apartheid, supporting the Palestinian resistance, boycotting Israel and confronting Zionist colonialism and imperialist domination.

This action blatantly flies in the face of France’s obligations under international law, the European Charter of Human Rights and the International Covenant on Civil and Political Rights. It is a shameless attack on freedom of expression and association and must be confronted as such.

We stand with our comrades in the Collectif Palestine Vaincra and we urge all friends of Palestine — and of the basic principles of freedom to organize — to stand with the Collectif now. No such repressive actions will ever be able to stop the Palestinian struggle from moving forward, as over 100 years of colonization and 74 years of Zionist occupation have also failed to do so. Palestine will win, and Palestine will be free – from the river to the sea! 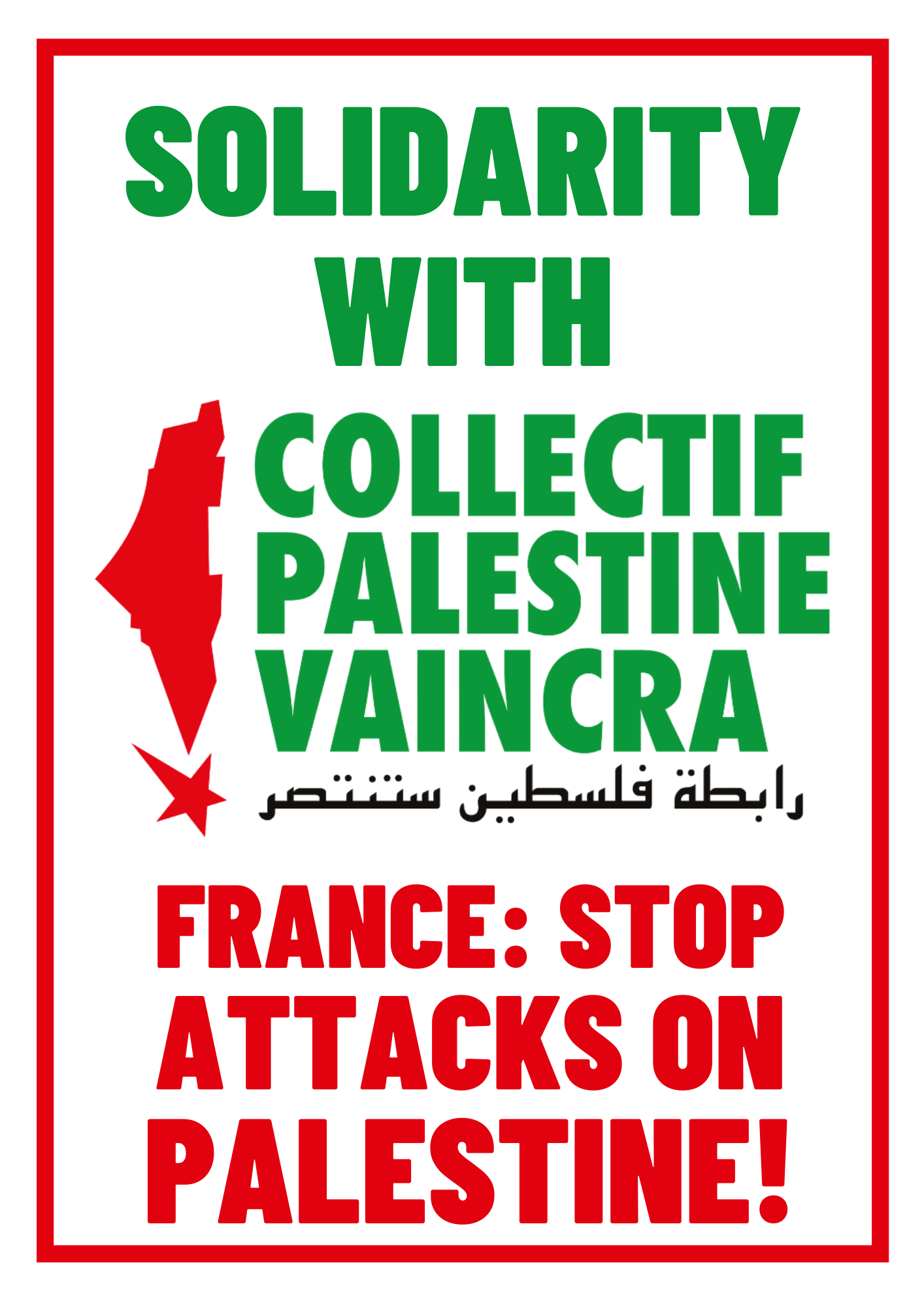 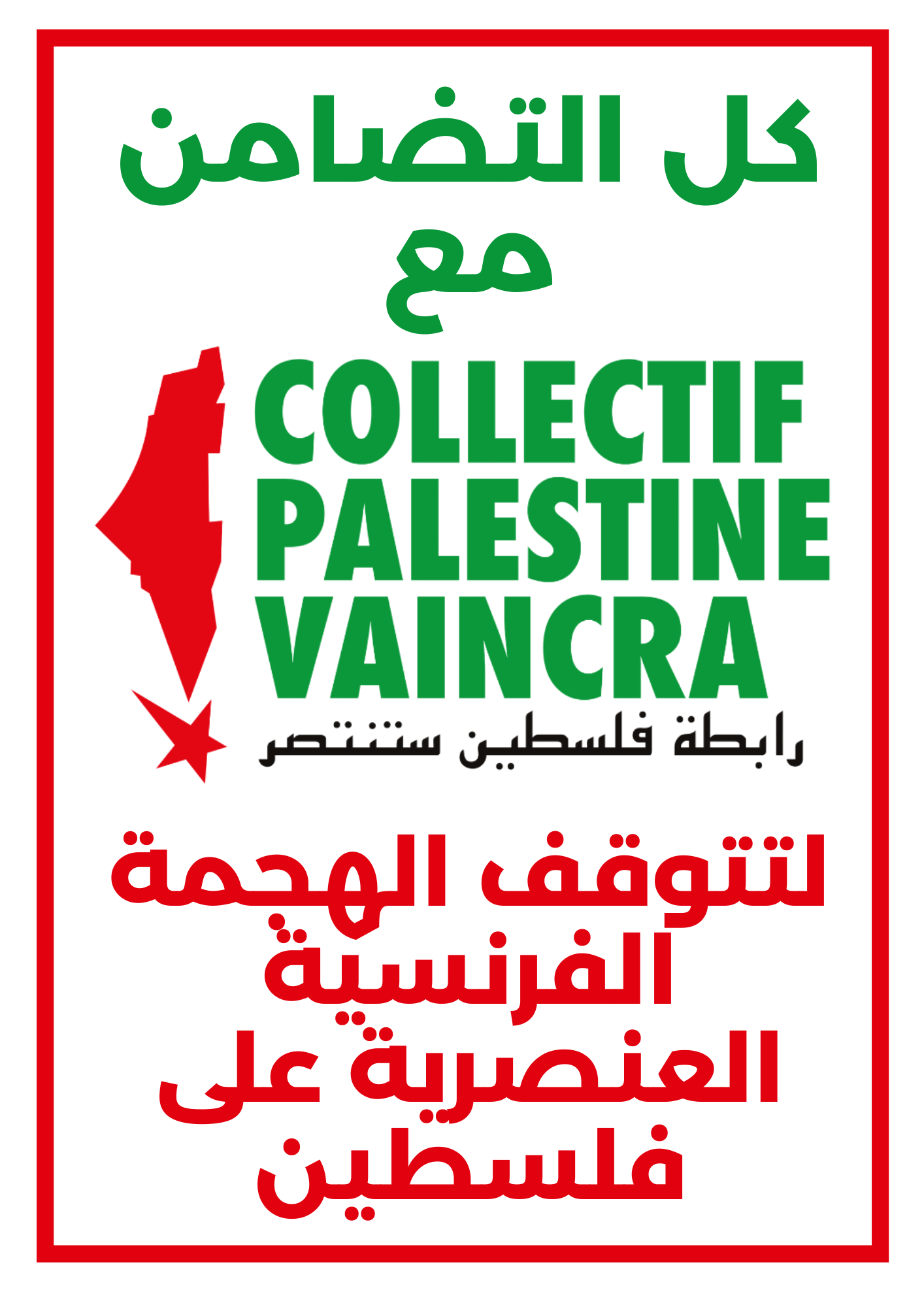 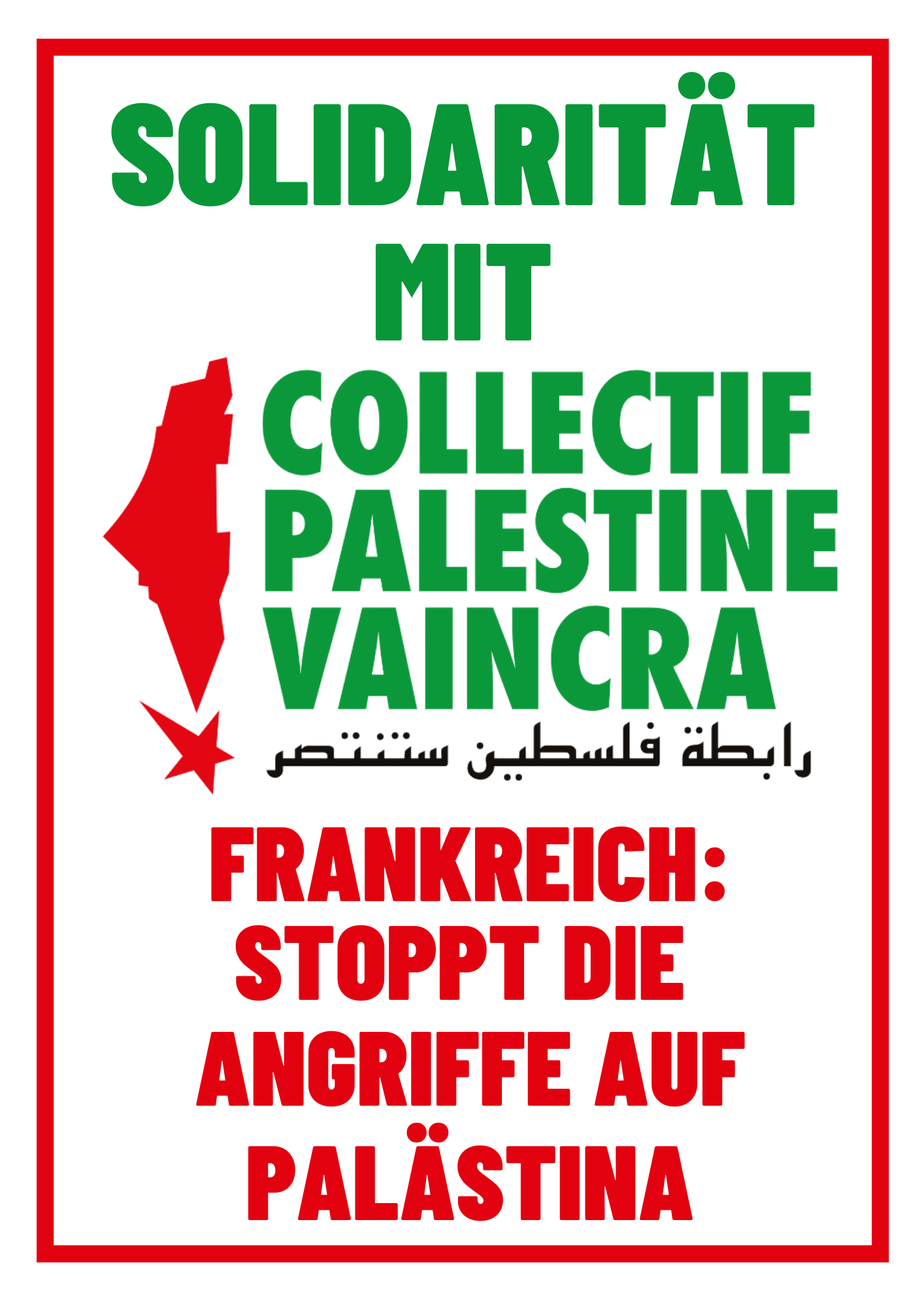 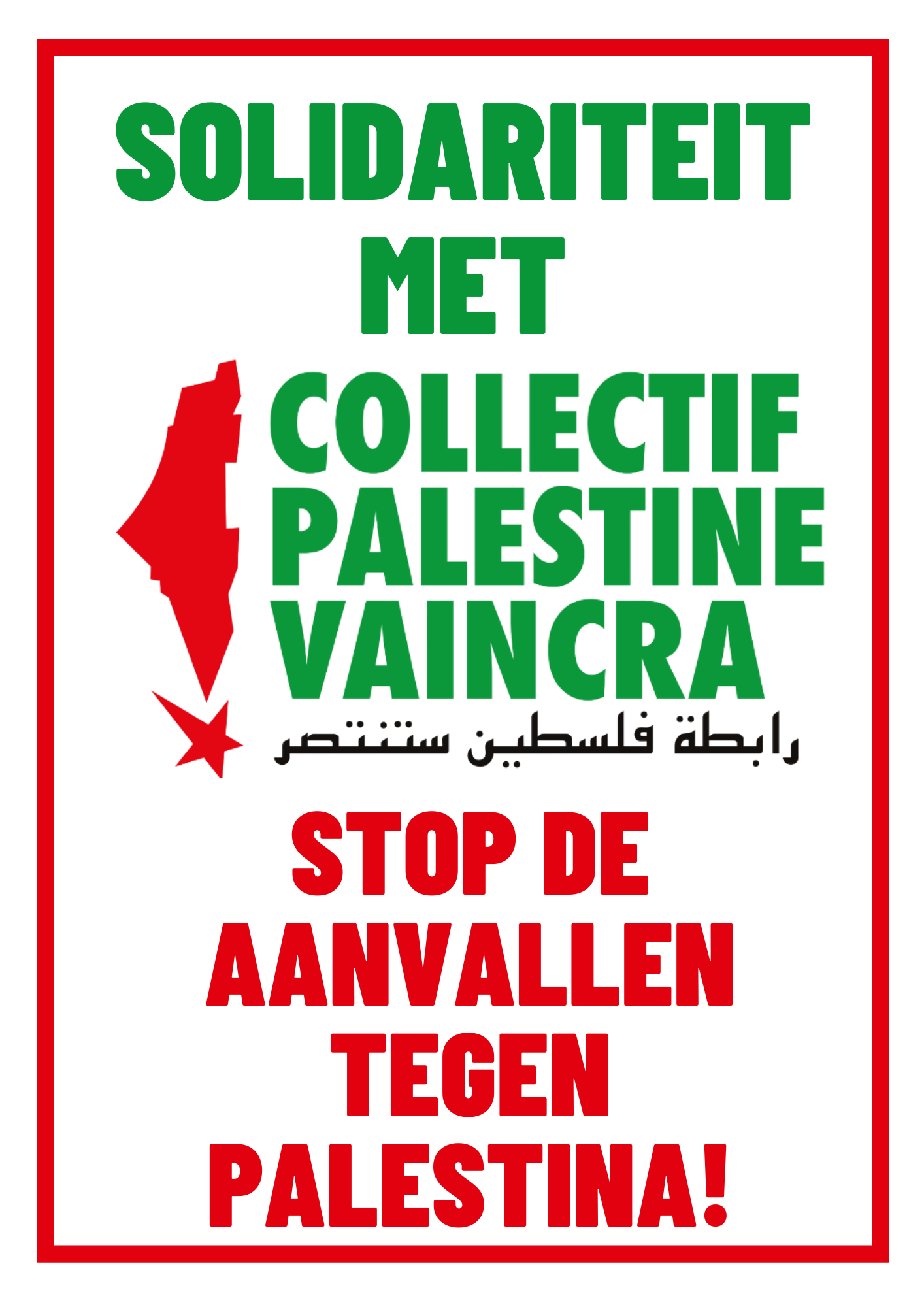 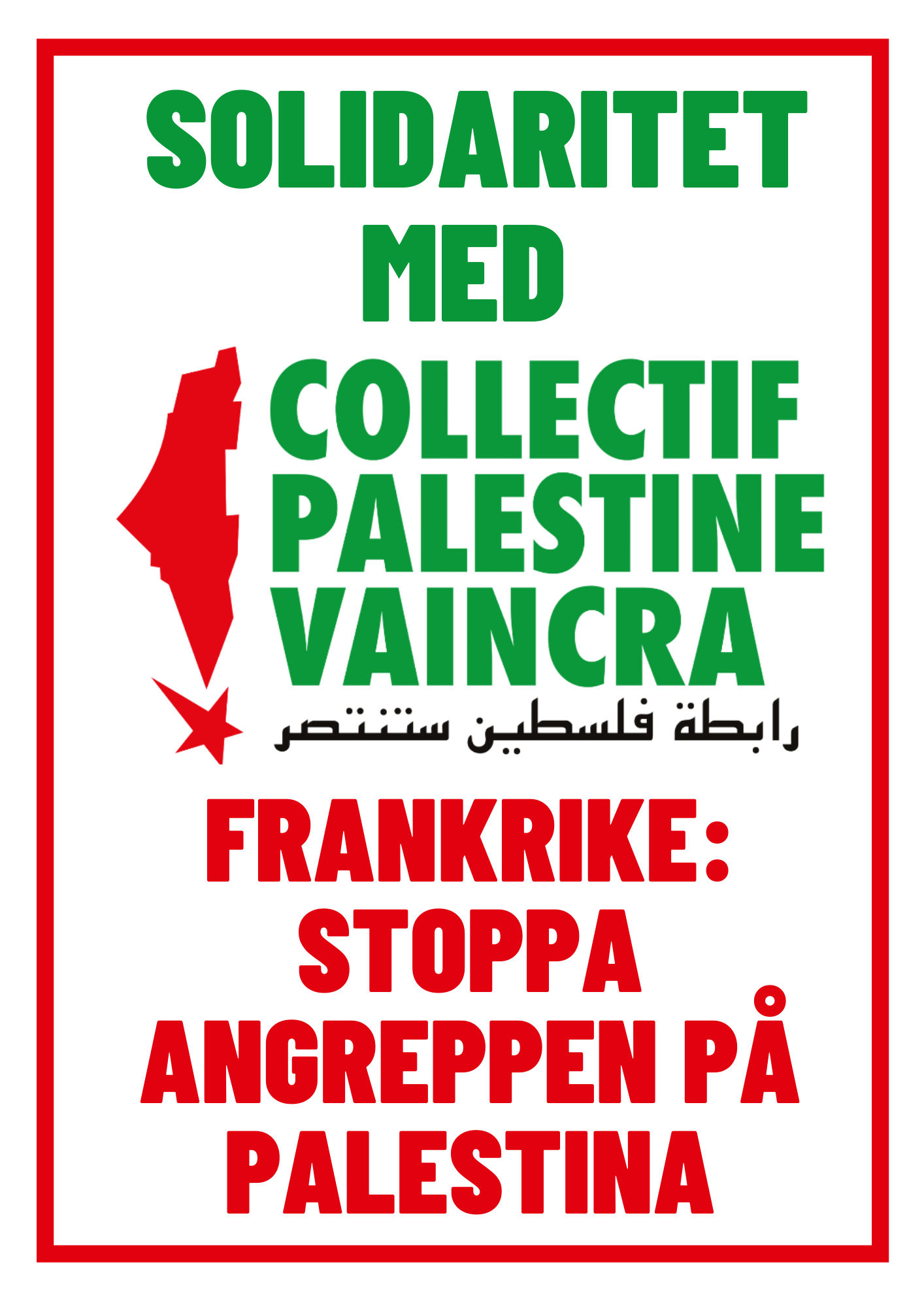 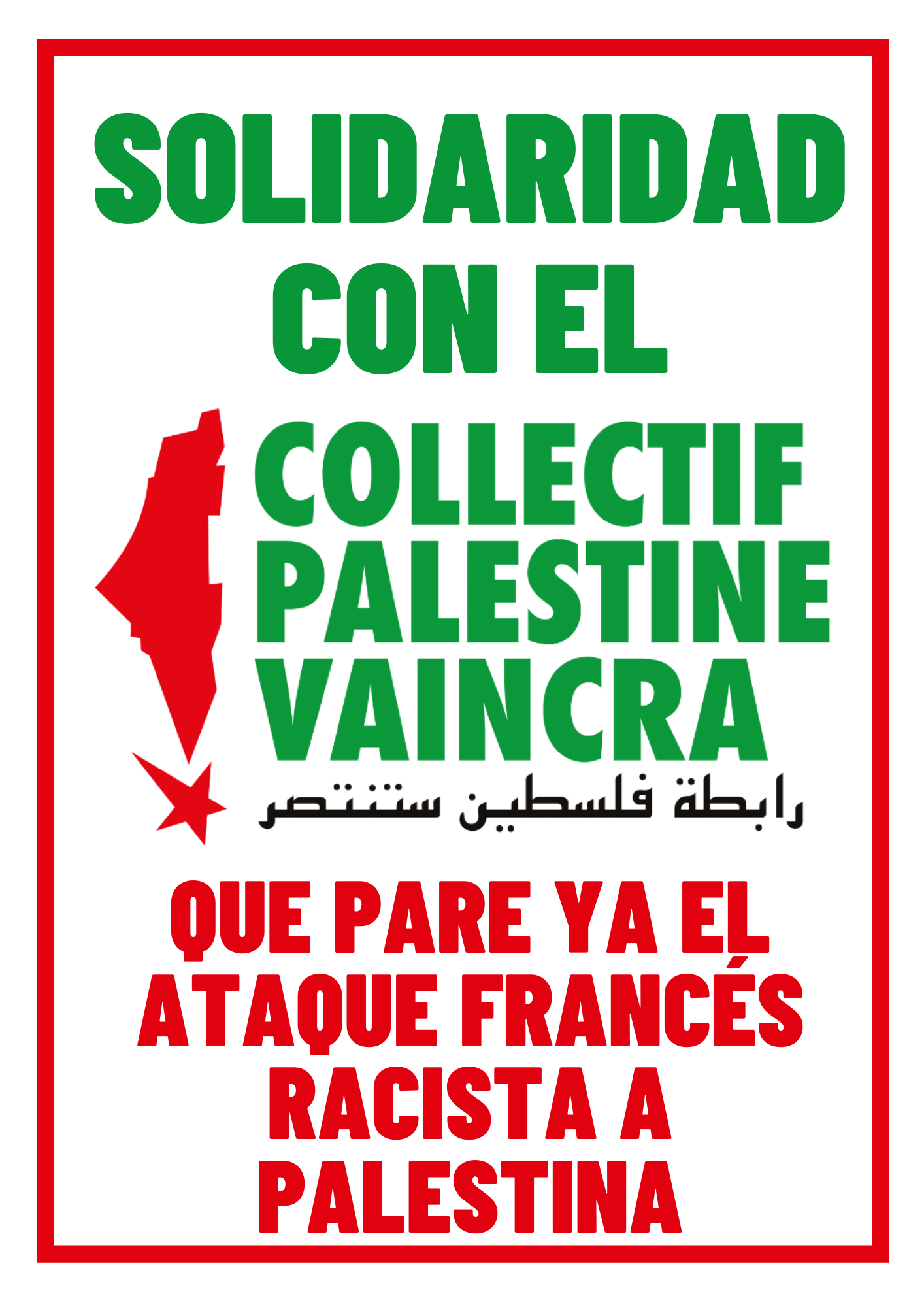 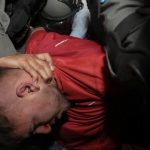 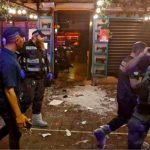