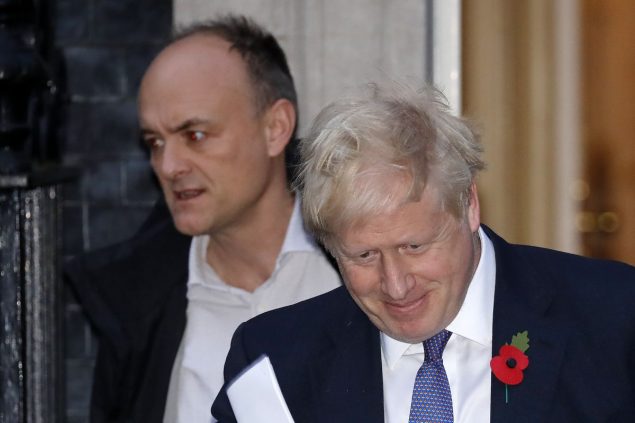 “There is a kind of tragic karma to the fact that so many major countries – meaning major economies – are today run by the very men least equipped ideologically, emotionally and spiritually to deal with the virus.”

You can almost smell the fear-laden sweat oozing from the pores of television broadcasts and social media posts as it finally dawns on our political and media establishments what the coronavirus actually means. And I am not talking about the threat posed to our health.

A worldview that has crowded out all other thinking for nearly two generations is coming crashing down. It has no answers to our current predicament. There is a kind of tragic karma to the fact that so many major countries – meaning major economies – are today run by the very men least equipped ideologically, emotionally and spiritually to deal with the virus.

That is being starkly exposed everywhere in the west, but the UK is a particularly revealing case study.

It emerged at the weekend that Dominic Cummings, the ideological powerhouse behind Britain’s buffoonish prime minister Boris Johnson, was pivotal in delaying the UK government’s response to the coronavirus – effectively driving Britain on to the Italian (bad) path of contagion rather than the South Korean (good) one.

According to media reports at the weekend, Cummings initially stalled government action, arguing of the coming plague that “if that means some pensioners die, too bad”. That approach explains the dragging of heels for many days, and then days more of dither that is only now coming to a resolution.

This was 2 weeks ago. 1000s had already died all around the world, the WHO was already begging government's to enforce distancing & to "test test test." This gross negligence by the Johnson's gov should never be forgotten nor forgiven. #UKlockdown https://t.co/islqkivW8l

Cummings, of course, denies ever making the statement, calling the claim “defamatory”. But let’s dispense with the formalities. Does anybody really – really – believe that that wasn’t the first thought of Cummings and half the cabinet when confronted with an imminent contagion they understood was about to unravel a social and economic theory they have dedicated their entire political careers to turning into a mass cult? An economic theory from which – by happy coincidence – they derive their political power and class privilege.

And sure enough, these hardcore monetarists are already quietly becoming pretend socialists to weather the very first weeks of the crisis. And there are many months more to run.

As I predicted in my last post, the UK government last week threw out the austerity policies that have been the benchmark of Conservative party orthodoxy for more than a decade and announced a splurge of spending to save businesses with no business as well as members of the public no longer in a position to earn a living. 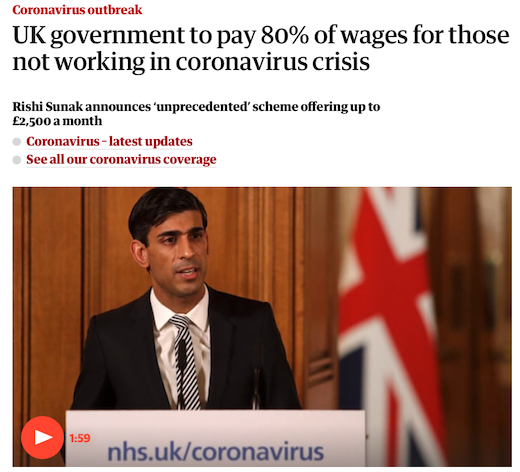 Since the 2008 financial crash, the Tories have cut social and welfare spending to the bone, creating a massive underclass in Britain, and have left local authorities penniless and incapable of covering the shortfall. For the past decade, the Conservative government excused its brutalist approach with the mantra that there was no “magic money tree” to help in times of trouble.

The free market, they argued, was the only fiscally responsible path. And in its infinite wisdom, the market had decided that the 1 per cent – the millionaires and billionaires who had tanked the economy in that 2008 crash – would get even filthier rich than they were already.

Meanwhile, the rest of us would see the siphoning off of our wages and prospects so that the 1 per cent could horde yet more wealth on offshore islands where we and the government could never get our hands on it.

“Neoliberalism” became a mystifying term used to reimagine unsustainable late-stage, corporate capitalism not only as a rational and just system but as the only system that did not involve gulags or bread queues.

Not only did British politicians (including most of the Labour parliamentary party) subscribe to it, but so did the entire corporate media, even if the “liberal” Guardian would very occasionally and very ineffectually wring its hands about whether it was time to make this turbo-charged capitalism a little more caring.

But suddenly, it seems, the Tories have found that magic money tree after all. It was there all along and apparently has plenty of low-hanging fruit the rest of us may be allowed to partake from.

One doesn’t need to be a genius like Dominic Cummings to see how politically terrifying this moment is for the establishment. The story they have been telling us for 40 years or more about harsh economic realities is about to be exposed as a self-serving fairytale. We have been lied to – and soon we are going to grasp that very clearly.

That is why this week the Tory politician Zac Goldsmith, a billionaire’s son who was recently elevated to the House of Lords, described as a “twat” anyone who had the temerity to become a “backseat critic” of Boris Johnson. And it is why the feted “political journalist” Isabel Oakeshott – formerly of the Sunday Times and a regular on BBC Question Time – took to twitter to applaud Matt Hancock and Johnson for their self-sacrifice and dedication to public service in dealing with the virus:

Spare a thought today for high-paid corporate journalists like this one who are now being forced to work overtime to find creative ways to make the government look good – and cover up their failure to hold the Tories to account for years of austerity that ravaged health services https://t.co/uYyREKEhqK

Spare a thought this morning for health secretary @MattHancock who has such enormous responsibility right now and is working crazy hours trying to help the nation beat this. The hourly judgements he and @BorisJohnson have to make are so difficult.

Be ready. Over the coming weeks, more and more journalists are going to sound like North Korea’s press corps, with paeans to “the dear leader” and demands that we trust that he knows best what must be done in our hour of need.

Saved by the bail-outs

The political and media class’s current desperation has a substantive cause – and one that should worry us as much as the virus itself.

Twelve years ago capitalism teetered on the brink of the abyss, its structural flaws exposed for anyone who cared to look. The 2008 crash almost broke the global financial system. It was saved by us, the public. The government delved deep into our pockets and transferred our money to the banks. Or rather the bankers.

We saved the bankers – and the politicians – from their economic incompetence through bail-outs that were again mystified by being named “quantitative easing”.

But we weren’t the ones rewarded. We did not own the banks or get a meaningful stake in them. We did not even get oversight in return for our huge public investment. Once we had saved them, the bankers went right back to enriching themselves and their friends in precisely the same manner that stalled the economy in 2008.

The bail-outs did not fix capitalism, they simply delayed for a while longer its inevitable collapse.

Capitalism is still structurally flawed. Its dependence on ever-expanding consumption cannot answer the environmental crises necessarily entailed by such consumption. And economies that are being artificially “grown”, at the same time as resources deplete, ultimately create inflated bubbles of nothingness – bubbles that will soon burst again.

Indeed, the virus is illustrative of one of those structural flaws – an early warning of the wider environmental emergency, and a reminder that capitalism, by intertwining economic greed with environmental greed, has ensured the two spheres collapse in tandem.

Pandemics like this one are the outcome of our destruction of natural habitats – to grow cattle for burgers, to plant palm trees for cakes and biscuits, to log forests for flat-pack furniture. Animals are being driven into ever closer proximity, forcing diseases to cross the species barrier. And then in a world of low-cost flights, disease finds an easy and rapid transit to every corner of the planet.

The truth is that in a time of collapse, like this decade-long one, capitalism has only “magic money trees” left. The first one, in the late 2000s, was reserved for the banks and the large corporations – the wealth elite that now run our governments as plutocracies.

The second “magic money tree”, needed to deal with what will become the even more disastrous economic toll wrought by the virus, has had to be widened to include us. But make no mistake. The circle of beneficence has been expanded not because capitalism suddenly cares about the homeless and those reliant on food banks. Capitalism is an amoral economic system driven by the accumulation of profit for the owners of capital. And that’s not you or me.

So homelessness can be ended just like that. 🤷‍♂️
https://t.co/yehwW3OuQH

No, capitalism is now in survival mode. That is why western governments will, for a time, try to “bail out” sections of their publics too, giving back to them some of the communal wealth that has been extracted over many decades. These governments will try to conceal for a little longer the fact that capitalism is entirely incapable of solving the very crises it has created. They will try to buy our continuing deference to a system that has destroyed our planet and our children’s future.

It won’t work indefinitely, as Dominic Cummings knows only too well. Which is why the Johnson government, as well as the Trump administration and their cut-outs in Brazil, Hungary, Israel, India and elsewhere, are in the process of drafting draconian emergency legislation that will have a longer term goal than the immediate one of preventing contagion.

Western governments will conclude that it is time to shore up capitalism’s immune system against their own publics. The risk is that, given the chance, they will begin treating us, not the virus, as the real plague. 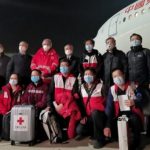 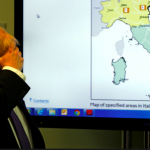