The spokesman of the Special Monitoring Mission of the Organisation for Security and Cooperation in Europe (OSCE), Michael Bociurkiw, spoke to RT.com for five minutes today about the heavy shelling that occurred overnight in Donetsk city on May 18-19 and the intense shelling taking place in the town of Shyrokyne, located 20 km east of the city of Mariupol on the Sea of Azov coastline of Donetsk region. He says that in Shyrokyne, positions of the self-defense forces of Donetsk and the Ukrainian army and its allied extremist militias are within 50-100 meters of each other in places.

The Facebook page ‘Truth about situation in Ukraine‘ reports on the daily press briefings of self-defense forces of the Donetsk Peoples Republic. These briefings have reported for several months the routine violations of the Minsk-2 ceasefire agreement by Ukrainian forces in the form of indiscriminate shelling directed at the cities of Donetsk and Horlovka as well as towns and villages in the DPR.

The interview on RT.com with Michael Bociurkiw is here, or click on the screen: 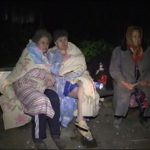 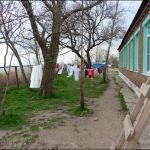 Wars and displaced persons camps, in Ukraine and in HaitiBackground, Roger Annis, Ukraine