Latest from OSCE Special Monitoring Mission (SMM) to Ukraine, based on information received as of 19:30hrs, Feb 5, 2016 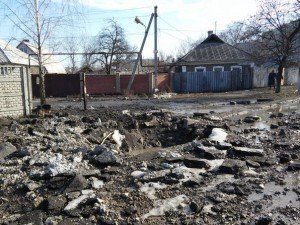 The SMM observed ceasefire violations in Donetsk and Luhansk regions. Whilst at the “DPR”-controlled central railway station (6km north-west of Donetsk city centre) between 8:11 and 11:50hrs[1] and 12:52 and 15:00hrs, the SMM heard 202 undetermined explosions, assessed to include 82mm mortars, as well as automatic grenade launchers, rocket-propelled grenades accompanied by an exchange of small-arms and heavy-machine-gun fire 2-5km north-east, north and north-west of its position.[2] At 15:00hrs when the SMM left its position, the exchange of fire was still on-going.

Whilst facilitating and monitoring repairs to gas pipelines in government-controlled Marinka (23km south-west of Donetsk), the SMM heard 57 undetermined explosions of 82mm mortars 6-10km north-east of its position.

The SMM followed up on reports about shelling in the evening of 4 February* in Petrovskyi district (“DPR”-controlled, 20km west of Donetsk) of Donetsk city. On Shestakova Street 57 the SMM saw two buildings – a house and a shed – both with visibly shell-damaged roofs. The SMM observed that the roof of the house was damaged on its western side, which, according to the owner, was the result of shelling the previous day at around 20:00hrs. At the second location, on Shestakova Street 51, the SMM saw a house with a shell-damaged roof. The SMM observed a hole in a window on the western side as well as a hole in an internal wall of the house. The SMM assessed that one round of heavy-machine-gun fire from a south-south-westerly direction had penetrated the window, and had then hit the wall inside the house. The owner of the house stated that shelling had occurred on 4 February at around 20:00hrs. Whilst in Petrovskyi district, the SMM heard seven undetermined explosions 3-5km north from its position…

Latest from OSCE Special Monitoring Mission (SMM) to Ukraine, based on information received as of 19:30hrs, February 7, 2016

KYIV, Feb 7, 2016 (excerpt):
The SMM observed a significant number of ceasefire violations in Donetsk region and one in Luhansk region. It monitored the withdrawal of weapons. The Mission facilitated and monitored demining and repair works on both sides of the contact line. The SMM encountered freedom-of-movement restrictions, the majority in areas not under government control.* The Mission followed up on an explosion in Kherson that damaged the exterior of a Crimean Tatar Majlis office.

The SMM observed ceasefire violations in several locations in Donetsk region. Whilst at the “DPR”-controlled central railway station (6km north-west of Donetsk city centre) on 6 February between 8:35 and 15:20hrs[1], the SMM heard a total of 13 undetermined explosions and three bursts, as well as up to ten single shots of heavy machine-gun, 3-7km north, north-east, north-north east, north-west, and north-north west of its position.[2] On 6 February, the SMM recorded 30 undetermined automatic grenade launcher explosions and one explosion assessed as caused by 120mm mortar in the area of Maiorsk (government-controlled, 45km north-east of Donetsk) 2km from its position. On 7 February, the SMM recorded seven explosions assessed as caused by 82mm mortar near Oleksandrivka (“DPR”- controlled, 20km south-west of Donetsk).

In Luhansk region, the SMM observed small-arms live-fire training at the Trokhizbenka (government-controlled, 33km north-west of Luhansk) training range on 6 February and no ceasefire violations on 7 February…

Under fire were settlements Alexandrovka, Zhabunki and Spartak; the area around the Volvo Center; and the Donetsk airport. The neo-Nazi military used 82mm mortars, grenade launchers and small arms.

“The losses among civilians demonstrate clearly the punitive forces are targeting not military positions but houses, so as to provoke the republic’s military forces to respond,” the defense ministry said.

On Saturday, a man died of injuries and a 9 year-old girl was injured.

Observers of the special monitoring mission of the OSCE became witnesses of the shelling of the Petrovskiy district in the DPR on February 5, reported the Donetsk News Agency, citing the Deputy Command-In-Chief of the Donetsk People’s Republic, Eduard Basurin.

“The OSCE mission went to the Petrovskiy district yesterday to observe houses which had been struck and at that moment shelling by infantry combat vehicles and small arms was heard,” Basurin reported.

It was earlier reported that Ukrainian fighters shelled the villages of Staromihaylovka, Trudovskie and Alexandrovka in the Petrovskiy and Kirovskiy districts of Donetsk.

According to Basurin, the Ukrainian side shelled suburbs of Donetsk all day on February 5, mainly using mortars of 82 mm caliber. 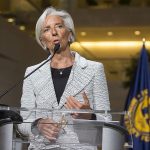 The future of Ukrainian small farmers under threat from IMF MandateUkraine

Interview with Paul Moreira on his new film about the Odessa MassacreFilms including documentaries, Ukraine