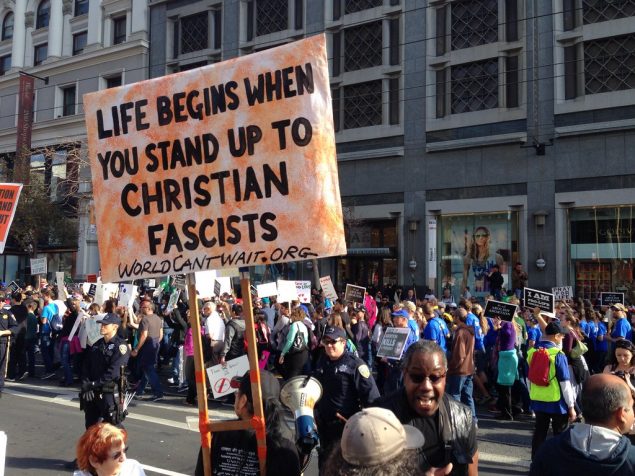 The greatest moral failing of the liberal Christian church was its refusal, justified in the name of tolerance and dialogue, to denounce the followers of the Christian right as heretics.

The greatest moral failing of the liberal Christian church was its refusal, justified in the name of tolerance and dialogue, to denounce the followers of the Christian right as heretics. By tolerating the intolerant it ceded religious legitimacy to an array of con artists, charlatans and demagogues and their cultish supporters. It stood by as the core Gospel message—concern for the poor and the oppressed—was perverted into a magical world where God and Jesus showered believers with material wealth and power. 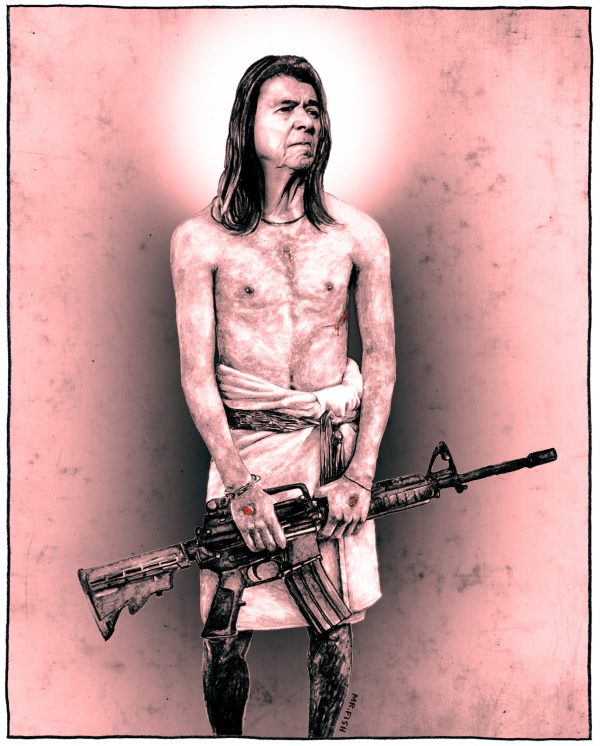 The white race, especially in the United States, became God’s chosen agent. Imperialism and war became divine instruments for purging the world of infidels and barbarians, evil itself. Capitalism, because God blessed the righteous with wealth and power and condemned the immoral to poverty and suffering, became shorn of its inherent cruelty and exploitation. The iconography and symbols of American nationalism became intertwined with the iconography and symbols of the Christian faith.

The mega-pastors, narcissists who rule despotic, cult-like fiefdoms, make millions of dollars by using this heretical belief system to prey on the mounting despair and desperation of their congregations, victims of neoliberalism and deindustrialization. These believers find in Donald Trump a reflection of themselves, a champion of the unfettered greed, cult of masculinity, lust for violence, white supremacy, bigotry, American chauvinism, religious intolerance, anger, racism and conspiracy theories that define the central beliefs of the Christian right. When I wrote “American Fascists: The Christian Right and the War on America” I was deadly serious about the term “fascists.”

The evangelical magazine Christianity Today, by stating the obvious about Trump, that he is immoral and should be removed from office, became the latest recipient of the Christian right’s vicious and hypocritical backlash. Nearly 200 evangelical leaders, including former Arkansas Gov. Mike Huckabee, former Rep. Michele Bachmann, Jerry Falwell Jr. and Ralph Reed, signed a joint letter denouncing the Christianity Today editorial, written by the magazine’s president, Timothy Dalrymple, and outgoing Editor Mark Galli. Evangelical Christians who criticize Trump are as swiftly disappeared from the ranks as Republican politicians who criticize Trump. Trump received 80% of the white evangelical vote in the 2016 presidential election, and in a poll this month 90% of Republicans said they opposed impeachment and ouster of the president. Among Republicans who identify as white evangelical Protestants, that number rises to 99%.

Tens of millions of Americans live hermetically sealed inside the vast media and educational edifice controlled by Christian fascists. In this world, miracles are real, Satan, allied with secular humanists and Muslims, is seeking to destroy America, and Trump is God’s anointed vessel to build the Christian nation and cement into place a government that instills “biblical values.” These “biblical values” include banning abortion, protecting the traditional family, turning the Ten Commandments into secular law, crushing “infidels,” especially Muslims, indoctrinating children in schools with “biblical” teachings and thwarting sexual license, which includes any sexual relationship other than in a marriage between a man and a woman. Trump is routinely compared by evangelical leaders to the biblical king Cyrus, who rebuilt the temple in Jerusalem and restored the Jews to the city.