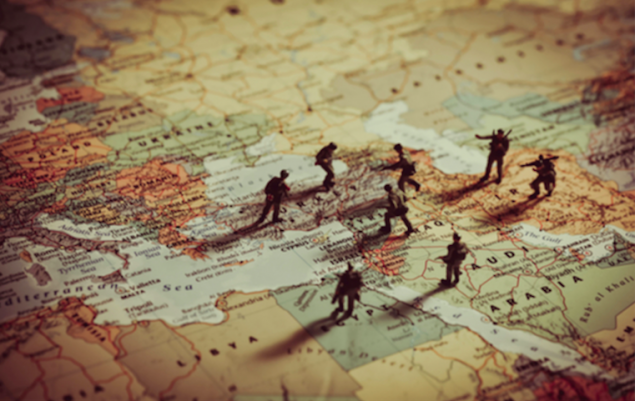 The U.S. won’t always have the luxury of waging long wars of choice for the sake of peripheral interests, and it needs to start adapting to that new world.

Hal Brands and Evan Braden Montgomery object to the U.S. planning for fighting only one war at a time:

The most obvious risk of a one-war standard is that the United States could confront two or more conflicts at the same time. This is hardly far-fetched given that the United States currently faces at least five potential opponents — China, Russia, North Korea, Iran, and several major terrorist organizations — across three separate theaters — Europe, the Middle East, and the Indo-Pacific — in addition to the possibility that unexpected events or crises, such as a massive chemical weapons attack in Syria, a civil war in Venezuela, or a natural disaster at home or abroad, could require the use of the American military.

The problem that Brands and Montgomery describe here is not a failing of having a one-war standard, but of a grand strategy that tries to make every security threat around the world into a U.S. responsibility. What vital interests does the U.S. have in Syria or Venezuela that would require military action in either of these places? There appear to be none. If one goes looking for excuses to intervene all over the world, it will be difficult to avoid fighting multiple wars at once. If one is more disciplined and focuses only on what matters most for U.S. security, it becomes much easier to avoid fighting in more than one region at a time. Brands and Montgomery even acknowledge the need for discipline later in their essay:

Adapting for an era of great-power competition certainly requires stricter prioritization and the more judicious application of limited resources.

The trouble is that they aren’t really interested in sticking to that discipline. Discipline in this case would imply cutting back on extraneous and outdated commitments, but they don’t want to cut back anywhere.

If the U.S. has so many commitments around the world that a one-war standard is inadequate, that is an argument for reassessing the importance of many these commitments rather than insisting on defending all of them. If the U.S. faces five “potential opponents,” that is because the U.S. has far too expansive and ambitious of a role. To borrow a line from the great Londo Mollari, “Only an idiot fights a war on two fronts. Only the heir to the throne of the kingdom of idiots would fight a war on twelve fronts.” Along the same lines, pursuing a grand strategy that requires the ability to fight a two-front war is idiotic. The U.S. doesn’t have to pursue such a strategy. It can choose to practice restraint, and that will keep the U.S. from becoming ensnared in numerous avoidable wars in regions where we have few or no interests.

A two-war scenario could occur organically, with two crises escalating to conflicts more or less independently, which happened in 1965 when the United States invaded the Dominican Republic to avert a feared Communist takeover at the same time as it was escalating its involvement in Vietnam. Alternatively, the fact that the United States has a one-war standard could actually make a two-war scenario more likely. If American troops were involved in a major contingency but the United States lacked sufficient reserves to fight other rivals, then revisionist actors might see a window of opportunity to alter the status quo in their favor and jump through it while they had the chance.

The examples they cite here make my point for me. They cite two separate unnecessary U.S. military interventions that Washington chose to launch at around the same time. In this example, the U.S. was not being forced to fight in two different places by opportunistic adversaries, but chose to use force when it didn’t have to. The authors’ objections to a one-war standard could just as easily be applied to the standard they are defending. If the U.S. found itself bogged down in two large wars simultaneously, that would also offer a “window of opportunity” if other governments wanted to take advantage. Preserving a two-war standard is mostly just an excuse for maintaining a much larger military budget than the U.S. actually needs to defend itself.

The two-war standard that Brands and Montgomery are defending is a relic of the so-called “unipolar moment” when there was no near-peer competitor that the U.S. had to worry about. Thirty years after the collapse of the USSR, that is no longer the case. The old standard is a product of planning from the 1990s that applied to a world that no longer exists. Besides, the two-war standard has been something of a myth in the decades that followed. The wars in Iraq and Afghanistan proved as much. Walter Pincus commented on this back in 2012:

But the suggestion that the country was ever braced for two wars at once was shattered over the past decade, beginning in 2001, when the George W. Bush administration had to establish a supplemental budget to pay first for Afghanistan and later for Iraq. A decade later, spending for “overseas contingency operations” in fiscal 2012 totaled $115 billion above the $525 billion allocated for the core Defense Department budget.

The military also didn’t have a big enough force for two wars. Beginning with the invasion of Iraq, the Bush administration had not only to increase the size of the existing active-duty force but make extensive use the National Guard and Reserves.

Anthony Cordesman, a senior fellow at the Center for Strategic and International Studies and former Pentagon official under Ronald Reagan, said: “The debate of the number of wars is not inherently ridiculous but it comes close.”

“We entered Afghanistan and Iraq in 2001 and 2003,” Cordesman said, “and became engaged in long land-air wars that required so many resources that we could not provide the ground forces to fight in both conflicts at the same time, and had to starve Afghanistan of resources to surge in Iraq.”

The U.S. won’t always have the luxury of waging long wars of choice for the sake of peripheral interests, and it needs to start adapting to that new world. That will involve reducing U.S. commitments in some parts of the world, and it will mean working towards normalizing relations with the pariah states that the U.S. doesn’t have to keep as adversaries. Being able to fight one war at a time is more than enough, and that is one reason why we need to make major changes to our foreign policy to make sure that the U.S. doesn’t have more commitments than it can handle.

Will Trump Use COVID-19 To Promote Peace? 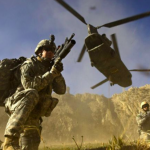 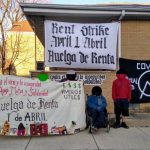