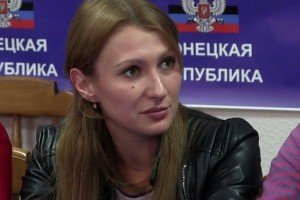 Daria Morozova, the human rights ombudsperson of the Donetsk People’s Republic (DPR), says at least 1,354 people are held as prisoners of the civil war conflict in Ukraine.

The real number may be much higher, Morozova said. “For now, a total of 1,354 people are officially registered as prisoners in Ukraine. There are separate lists of people who went missing. We don’t know anything about these people, there are 480 of them,” reports the Donetsk News Agency.

Earlier today, the people’s republics of Donetsk and Luhansk exchanged prisoners with Kiev in the “9 for 11” format. [report below]

Morozova said she talked to the exchanged prisoners. They told her, “there are thousands of people in SBU [Ukrainian State Service] basements whom Ukrainian side does not register as prisoners.”

According to Kiev, forces of the people’s republics are holding 148 Ukrainian servicemen as prisoners. The number was confirmed on October 16 by an advisor to SBU head Yury Tandit.

Day of prisoner exchange on Oct 29, 2015 sees 11 Lugansk and Donetsk prisoners exchanged for eight Ukrainian soldiers and one civilian 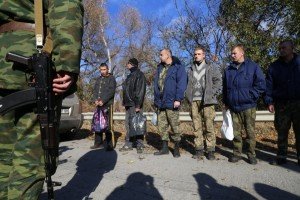 Officials of the Luhansk People’s Republic say they are holding no more prisoners of Ukrainian armed forces and militias following the day of prisoner exchange. According to the released Ukrainian soldiers, another 20 Ukrainian prisoners are held captive in Donetsk.

The exchange took part in the Luhansk region near the town of Shchastia at noon on Oct. 29. The operation was been organized with the participation of the contact group of the Minsk-2 ceasefire agreement and the International Red Cross.
The released Ukrainians include one civilian and eight military, one of whom fought at the Donetsk airport. Four of the released prisoners were brought from Donetsk, five from Luhansk. 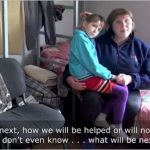 Ukraine: IDPs turn to volunteers rather than government for supportDigest, Ukraine 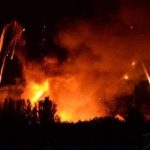