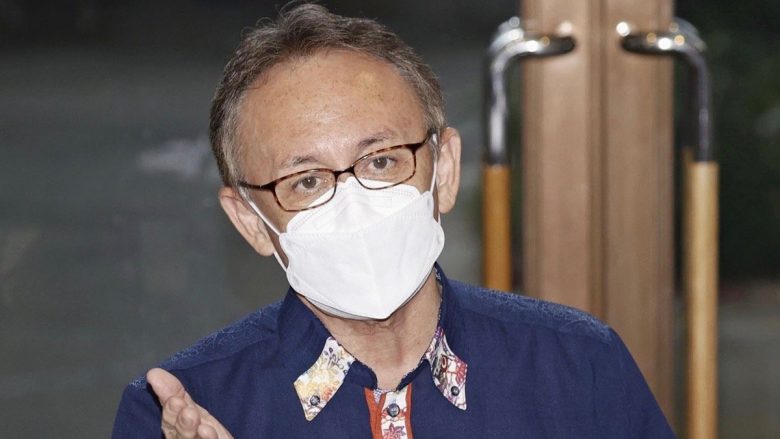 Denny Tamaki, a long-standing advocate against US military presence in Okinawa, has been re-elected as Okinawa’s governor. (Photo: Global Times)

The re-election of Denny Tamaki marks the third consecutive gubernatorial election in Okinawa where an anti-US base candidate has won with a clear majority. However, an important question remains unanswered: how will the US and Japan react to the “unwavering will of the people of Okinawa”?
_________________________

In a major setback to plans for expanding US military presence in Japan, Denny Tamaki, the anti-US base governor of Okinawa, has won a second term in office, continuing his platform against US military bases in the prefecture. In the gubernatorial election held on Sunday, September 11, Tamaki won with a clear majority by defeating Japan’s ruling party candidate Atsushi Sakima.

As per the final results released on Monday, Tamaki, supported by a coalition of opposition groups and local movements, secured 339,767 votes, nearly 51% of the total votes polled. Tamaki defeated his nearest rival Sakima for the second time, with a margin of nearly 10%. Local conservative politician Mikio Shimoji, also a former parliamentarian and minister, stood a distant third with around 8% votes.

Tamaki, who has been serving as Okinawa’s governor since 2018, was supported by a coalition that included the Constitutional Democratic Party (CDP) and the Japanese Communist Party (JCP), along with the Social Democratic Party (SDP), Reiwa Shinsengumi (Reiwa), and local groups like Okinawa Social Mass Party (OSMP) and Okinawa Whirlwind.

Tamaki’s platform highlighted his long-standing opposition to the relocation of the US Marine Corps Air Station Futenma, one of the many US bases in the region, from Ginowan to Henoko Bay in Nago, both cities in Okinawa. The relocation plan has been especially controversial for Okinawans who have long opposed expansion or relocation of US military bases in the island.

Sakima, who served as the mayor of Ginowan, was supported by Japan’s ruling conservative coalition of the Liberal Democratic Party (LDP) of Prime Minister Fumio Kishida and Komeito. Unlike in the 2018 election, when he lost against Tamaki for the first time, Sakima was upfront about his support for the relocation this time and closely aligned with the ruling coalition.

The election results are widely seen as a strong statement against the Futenma base relocation in the region. “The result suggests that the thoughts of people in the prefecture haven’t changed even a millimeter,” proclaimed Tamaki in his victory speech on Monday.

This was also echoed by Tamaki’s allies. In a statement responding to Tamaki’s re-election, JCP chairman Kazuo Shii said that the result “shows the unwavering will of the people of Okinawa.”

While conceding his defeat, Sakima admitted that his calls for Okinawans to oppose the base relocation “did not gain support,” and that his campaign will “strive to gain the understanding of the Okinawa people.” However, the ruling LDP has dismissed the impact that the results will have.

Hiroshi Moriyama, the election committee chairman of the LDP, tried to downplay the importance of the results, although admitting Okinawan opposition to the base relocation. “Since it is a local government election, there will be no direct impact on national politics,” he said, adding that the Kishida government still intends to continue with the base relocation.

Even though a prefectural governor’s powers are limited, Tamaki can still affect the relocation plan and the construction activities at Henoko Bay. During his campaign, Tamaki promised to cut short the construction period at Henoko Bay and also ensure that the land used by the Futenma base is returned to Okinawa by 2030.

The CDP, JCP, and other opposition groups have also called on the Kishida government to halt the relocation plans. “The Futenma base should be immediately closed and removed,” said Shii, adding that “The Kishida administration should take the result seriously and give up once and for all the construction of new bases.”

“It is time for the LDP-Komeito government to change its heavy-handed method of pushing the construction of the unnecessary Henoko base,” said Taro Yamamoto, legislator and leader of Reiwa Shinsengumi. Yamamoto also criticized the government’s attempts to link budgetary allocations for Okinawa to the base relocation.

Since the election of anti-base candidate Takeshi Onaga as governor in 2014, elections in the prefecture have witnessed major victories for the anti-base bloc, with three successive governor victories and four out of the six directly elected members to the National Diet being anti-base advocates. This trend was even more evident when 72% of Okinawans voted against the base relocation plans in a 2019 referendum.

Okinawa has a long history of hosting a large number of US foreign bases in Japan. After Japan’s defeat in the Second World War, the prefecture was under US military control until 1972. Okinawa was then handed back to Japan but the legacy of US control continues till today.

For an island that contributes to around 1.2% of Japan’s population, it hosts over 70% of the US military personnel in the country. Around two-thirds of US military infrastructure is also based there.

With the ruling LDP-Komeito’s long-standing attempts to undermine Japan’s pacifist constitution, and the rising tensions between China and the US, extensive US foreign bases in the neighborhood, especially in Okinawa, have been a source of major concern for the island’s residents who faced the brunt of WWII destruction in the Pacific theater. 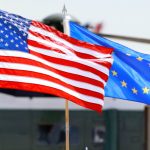 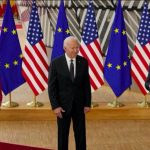