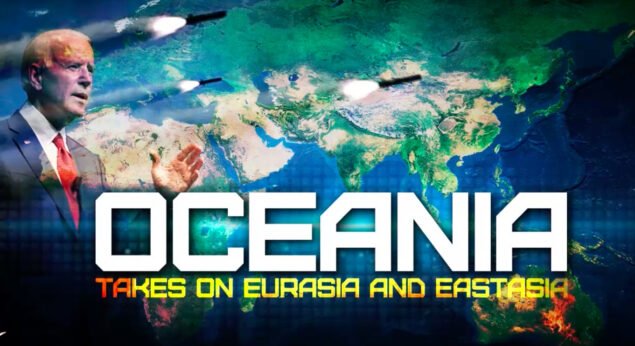 The emerging US strategy appears to be centered on imposing a regime of isolation on Russia and China with the aim of ultimately effecting regime change in both countries through a combination of political, economic, and military measures.

The emerging US strategy appears to be centered on imposing a regime of isolation on Russia and China with the aim of ultimately effecting regime change in both countries through a combination of political, economic, and military measures. The military component consists of building up naval, aerial, and space capabilities for blockade and strike directed at these two countries and any countries aligned with them. The ongoing shift of US military capabilities away from protracted land warfare toward naval and aerial long-range strike using hypersonic weapons and swarming munitions, evidenced by the US Marine Corps’ shedding of its tanks and heavy artillery and the US Army opting for long-range missile arsenals and even anti-ship capabilities, indicates a preference for “non-contact” warfare in the future, with client states being assigned the role of “bleeding” in future conflicts. The fact that even the Chairman of the US Joint Chiefs of Staff, the senior military advisory body to the civilian leadership, a US Army four-star general himself, argues that in the future the US Army will need to have its funding reduced in order to facilitate the US Navy’s improbably ambitious expansion plans, is very telling in and of itself.

NATO’s obsession with so-called “Anti-Access/Area Denial”, or A2/AD “bubbles” supposedly being built by Russia and China in order to protect their territory from NATO’s aggression in locations such as Kaliningrad Region, Crimea, Hainan Island, and other locations, is indicative of the offensive nature of NATO’s operational planning which is plainly inconvenienced by the notion of putative targets being able to shoot back. The development of drone swarms and hypersonic munitions, together with the desperate emphasis on deploying as many of the clearly flawed F-35 stealth fighters as possible, is all part of the technological arms race intended to give offense an advantage over defense. But technology is only one part of the puzzle. The other is that deep-strike technologies require, well, “access” to politically open airspace which may not always be available. Moreover, US deep-strike capabilities may also rely on bases located in client states that would become targets of counterstrikes. That the possibility, indeed the strong likelihood of such retaliation exists was suggested by Russia’s warning to NATO in advance of the post-Douma false-flag operation cruise missile strikes against Syria that, should Russian forces or facilities be targeted, the Russian military would not limit itself to downing the munitions.Instead it would also go after the launch platforms (meaning aircraft and warships) as well as bases from which they were operating. In that context, it would have meant NATO air and naval bases in Greece, Italy, and as far away as Spain, which homeports four US Navy destroyers at Naval Station Rota. One way or the other, the message was received by NATO and no Russian forces or facilities were targeted. But the precedent was established, and we can assume it will be followed in any future confrontations. Which means that United States’ ability to launch strikes against Russia or China, their forces and bases both on and outside its national territory and airspace, will also be limited by client states’ unwillingness to suffer retaliatory strikes. This creates a major diplomatic challenge for the United States, which is relegating its “allies” to the role of punching bags forcing to accept retaliatory blows following its own strikes. The sheer size of Russia and China combined means that the challenge varies from region to region.

Here the situation is relatively the easiest for the US, given the proximity of Alaska where a major military build-up is taking place, including anti-ballistic missile defenses, forward-basing of strategic bombers, and plans for major F-35 permanent deployment in addition to the air-defense F-22s already stationed there. However, these bases have pretty limited reach, even with aerial refueling for the F-35s, which means that to reach targets closer to Arkhangelsk and Murmansk US forces would have to rely, one way or another, on bases in Norway, Iceland, and even Greenland. The likelihood of the relevant political authorities giving assent to the use of these bases in support of strikes against Russian forces or assets in the Arctic reasons appears to be low. Given these countries’ economic interests in the Arctic and the effectiveness of the Arctic Council at managing the problems of the region, it does not appear likely that Norway, Denmark, or Iceland, would go so far as to risk being a target of Russian military retaliation, and the inevitable end to that international organization which would follow. While Sweden and Finland are also making noises about joining NATO, which would enter huge swaths of airspace to “access” by US aircraft and missiles on their way to Russia, the prospect of becoming a target of retaliation has so far kept them from joining that organization outright. One, however, should not discount the possibility of existence of various secret agreements and arrangements that are being kept from these countries’ populations.

Here the United States has two countries that are actually willing, at the governmental level if not popular one, to absorb Russian retaliatory strikes. These are Poland and Romania which have already agreed to host components of US National Missile Defense system, and which are all but guaranteed to give the US whatever “access” it needs in case of an operation against Kaliningrad or Crimea, respectively. The restraining factor here is the fact both of these countries happen to be members of the European Union and will remain such for the foreseeable future in spite of earlier US efforts to split the union by peeling off first Great Britain, and then Eastern Europe. While not members of the Eurozone, they are nevertheless part of the common market and open border zones, and serve as the preferred destination for “outsourcing” by Western European firms seeking to avoid Eurozone’s high labor costs (which creates its own set of problems). The pressure on North Stream 2 and indeed on all EU-Russia economic and political ties is motivated by the desire to eliminate the political resistance to the free use of EU’s airspace for offensive military operations against Russia and its targets. So far it has had little success, and has even elevated North Stream 2 issue to the level of question whether Germany is in any way a sovereign country. United States is also exerting indirect pressure on Germany by actively courting France as its “preferred” continental interlocutor at the expense of Germany. However, the economic benefits of EU-Russia collaboration have proved greater than anything the United States could provide to offset them, and Biden’s own version of “America First” policies is unlikely to be more attractive than Trump’s.

To make matters worse, Poland’s and Romania’s proximity to Russia have meant a certain unwillingness to place major US military bases there, meaning that even when it comes to operations by bombers based in the United States, some of their support functions would be performed by military units based in Germany, Italy, and Great Britain, rendering them vulnerable to retaliatory strikes as well.

Here, if anything, the situation is even worse for the US than in Europe’s case because there does not appear to be a single country that is an equivalent to Poland and Romania in the sense of having political leadership willing to make their country a hostage to Washington’s military planning. The relevant countries where US currently has bases include Japan and South Korea, neither of which views their relationship with China as a zero-sum game. Philippines, Indonesia, Singapore, Thailand, do not show signs of giving the US a blank check in any situation other than a major threat to their own vital interests by China. The political resistance would mean pushing US support infrastructure to as far as Guam, which is too far and too poorly developed to sustain large-scale carrier battle group operations in eastern Pacific or South China Sea. Even Australia, which has a strong Sinophobic lobby and which moreover self-identifies as part of the “Anglosphere”, is on the fence regarding the desirability of granting unfettered access to Australia’s bases and airspace for the purpose of operations against China.

The difficulties United States are experiencing at providing the political preconditions for the implementation of their ambitious aero-naval-space blockade and strike capabilities demonstrate the importance of traditional diplomacy to national security. Russia’s outreach to the European Union, the Middle East, and Asia, as well as China’s oft-maligned “Tiger diplomacy” have created a situation in which US military power is functionally displaced by political considerations. It does not even appear that the US leadership is fully aware of the reasons for the ineffectiveness of its military power, otherwise it would not be sending badly overworked aircraft carriers on “double-pump” deployments or keep decades-old strategic bombers on what looks like a repeat of permanent patrols, though this time without nuclear bombs onboard. This is, however, what a multipolar world looks like and will look like going forward. Biden administration’s agreement to extend the New START with Russia for five years without preconditions, over the objections of such hard-liners as Victoria Nuland, suggests there is some reluctant recognition that the world is shifting toward a more equitable distribution of power and wealth. 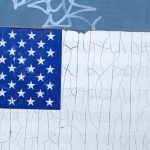 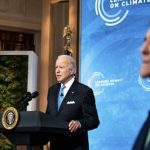