By Sergei Kirichuk, published on Liva.com (‘The Left’), Dec. 13, 2014, translation by Greg Butterfield

The deepening socio-economic crisis in Ukraine makes the right-wing government demand that people “tighten their belts” ever tighter. That this practice will be here for a long time does not surprise anyone. After all, the European Union, which is also our government, upholds so-called austerity measures by destroying the social services of the European countries. The consequence of this policy can be seen in Greece, where it has caused a significant deterioration of economic indicators and an overall decline in living standards.

But as they say in Ukraine, “while the fat lose weight, the thin die.” If the neoliberal offensive in Europe is confronted by leftist political organizations and influential trade unions, which at least partially slow the pace of anti-social reforms, in Ukraine its adherents can afford to do whatever they want without fear of meeting serious resistance to their plans and actions.

For example, a new offensive planned by the neo-liberal government in the budgetary sphere may lead to the cancellation of scholarships. Moreover, representatives of the Ministry of Education of Ukraine, headed by the ultra-right ideologue Sergei Kvit, are so confident that no one can stop this initiative that they cynically comment, openly mocking hundreds of thousands of Ukrainian students.

Here’s what Inna Sovsun – liberal-patriotic Maidan activist, now Deputy Minister of Education – wrote on Facebook:  “I’m talking about the fact that for most students, this scholarship amounts to a couple of shopping sprees. I see it among my students:  For the majority, it’s a nice bonus, but not a real problem of survival. Especially compared with the need for bulletproof vests for the guys at war.”

This short but succinct phrase speaks volumes. First, the “guys at war,” which these “civil society activists” in power parasitize, have become the universal excuse for any anti-social measures of the new government. Secondly, officials and deputies from the “Euromaidan” do not understand the income and consumption level of the majority of Ukrainian families. After all, Inna Sovsun is only repeating in her own way the scandalous words of Mustafa Nayyem, who said that in Kiev today one cannot survive on the parliamentary salary of 5000 UAH  — although many people in Kiev would be very happy to get that salary. Sure, there are students for whom the scholarship is a reason for going to a restaurant — but there are a huge number of households with a total monthly income between 4000-8000 hryvnia. This means that the grant of 800 hryvnia can be 10-20 percent of the budget for the whole family, which is not uncommon in some impoverished villages in Zhytomyr, or Chernihiv region, where people live on $100-200 in pensions and wages.

Under Yanukovych there was an unwritten policy of “cutting” points to reduce the number of scholarship recipients. But the government of Prime Minister Azarov never dared to start talking seriously about the reduction or elimination of scholarships. And if it did, Kvit and Sovsun would have been the first to shout indignantly that the “anti-people regime” was robbing students of their last penny, and urging young people to rebel and protest. Now the newly-appointed Deputy Minister, who yesterday presented herself as a defender of the rights of students, in fact, justifies the need to deprive students of their money, mockingly citing the fact that idle young people still stroll around. Apparently, as a student, Inna Sovsun handed over her scholarship to the poor in Kontraktova Square. And certainly never allowed herself a “shopping spree.”

Speaking of money. Euromaidan activist Oleg Yeltsov recently said on “Ukrainian Truth” that the bank of oligarch Igor Kolomoisky, a chief sponsor of the Ukrainian government, is now openly advertised in Ukrainian schools. There is no doubt that the Ministry of Education officials who permitted this ad did so for completely disinterested reasons, and not for personal gain. And in this regard, it’s particularly funny to remember that some left-liberal supporters Maidan recently rejoiced that Kvit and Sovsun had pledged open access to online documentation for the Ministry of Education. Presumably documents on illegal cooperation with Kolomoisky too, are floating around somewhere on this site.

But even if we assume that students spend their scholarships solely on entertainment, as the neoliberal Ministry of Education of Ukraine believes, this means that supermarkets, cafes, and the leisure industry will lose income, resulting in an additional reduction of demand in the country, and deepen the crisis. These are the results we see in Greece, Italy and Spain — countries that have “balanced” the budget by cutting social benefits, too, citing the fact that their residents need to work, rather than go out. Although it is worth noting that Sovsun’s mocking words probably would have caused massive student protests in those countries.

But what if one day Ukrainian students do not come out to the next patriotic march, but to a really serious protest outside the Ministry of Education of Ukraine? For Government “Maidanists,” it is clear that propaganda about “the guys at war” will soon be insufficient to justify the rapid impoverishment of the people. It will require force and repressive measures. And because of this, the unit of Poroshenko represented by Kvit and Sovsun is already taking care of protection in the “rear.” Already in the first days of the new parliament, Deputy Irina Friz introduced with unbelievable speed a repressive bill amending the Criminal Code concerning responsibility for incitement to disobedience.

This is how Alex Motchalov — who cannot be mistaken for an academic — described the essence of the new bill on his Facebook page. Incidentally, he also remembered that it is about the students:

The point can be reduced to these four lines:
If you urge students to resist — you get three years.
If you do it together with someone else — then three to seven.
And if you yourself resist — then five to eight.
If this happens during martial law — eight to ten.

Here it should be noted that although Irene Friz has become the target of criticism for her incompetence, she nevertheless held high positions in the organizations associated with [President] Petro Poroshenko. Her biography indicates that she is a complete puppet of the new government — and thus the bill “came from above” at the initiative of the Government and the President.

Neoliberal reforms, the destruction of social services, the impoverishment of the people, cannot but be accompanied by protests and rebellions. This means that the hybrid Ukrainian government, consisting of the neo-liberals and the far-right, is not an accident or a misunderstanding – it is a conscious policy of the elites, which combines robbing the people, nationalistic brainwashing, and strengthening of the repressive apparatus infiltrated by the Nazis, ready to meet any challenge. And even if Friz’s bill is not accepted in its current form, it will be a trial balloon, released by the authorities in order to see what kind of restrictions on rights and freedoms Ukrainian society, drunk with patriotic drugs, will swallow. In the end we await new legislative initiatives, in comparison with which the “dictatorial laws” of Yanukovych will seem like innocent pranks.

In this regard, Ukraine urgently needs a new, truly revolutionary student protest movement. It is no secret that yesterday’s student organizations — from the overtly right-wing to pseudo-left groups — were controlled by liberal-nationalist coalition politics, whose mission, so to speak, was to replace Tabachnik with Kvit. To accomplish this task, they de facto disbanded, suddenly losing interest in the struggle for the rights of students. After all, those who helped Kvit and Sovsun come to power will not organize any serious protests against their anti-social policies, against corrupt deals with the oligarchs, against the nationalist propaganda in universities and schools, which now takes the wildest forms, against layoffs of dissident teachers and police circulars that require educators to denounce and harass colleagues for their political beliefs. The current student activists, who share the neoliberal dogmas themselves and help in the Nazis’ fight against the “enemies of the nation,” are not capable of a serious and effective protest against the elimination of scholarships, mass layoffs of teachers, reduction of the number of rural schools and abolition of the universal compulsory secondary education system (all of these initiatives already announced by representatives of the Maidan government). Rather, they will help “the guys in bulletproof vests” to pacify spontaneous popular protests.

But time will pass, and the anti-social reforms of Ministry of Education officials will  successfully breed a generation of students who will know who took their scholarships away and, to paraphrase Inna Sovsun, made it a real problem for them to survive. And they’ll have a good “shopping spree” at the expense of those officials who cynically killed their futures.

See also:
Watch and read a brief news report and video of a student protest in Lviv against the cuts to education funding proposed by the right-wing government in Ukraine. Here, or click on the screen for the video only: 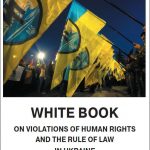 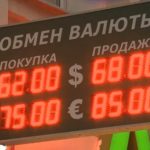