Interview by Paul Jay of Real News Network with Peter Kuznick, June 6, 2016, part one of two

President Barak Obama and Japanese Prime Minister Shinzō Abe in Hiroshima on May 27, 2016

With vague language about evil in his Hiroshima speech in Hiroshima on May 27, 2016, President Obama essentially defended the mythology that the nuclear attack “saved lives,” says historian Peter Kuznick on Reality Asserts Itself with Paul Jay

Peter Kuznick is a professor of history and the director of the Nuclear Studies Institute at American University. He is the co-writer with Oliver Stone of The Untold History of the United States; author of Beyond the Laboratory: Scientists As Political Activists in 1930s America (University of Chicago Press); co-author with Akira Kimura of Rethinking the Atomic Bombings of Hiroshima and Nagasaki: Japanese and American Perspectives (Horitsu Bunkasha, 2010); co-author with Yuki Tanaka of Genpatsu to Hiroshima – genshiryoku heiwa riyo no shinso (Nuclear Power and Hiroshima: The Truth Behind the Peaceful Use of Nuclear Power) (Iwanami, 2011); and co-editor with James Gilbert of Rethinking Cold War Culture (Smithsonian Institution Press). 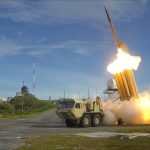 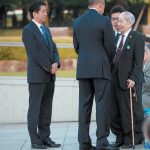