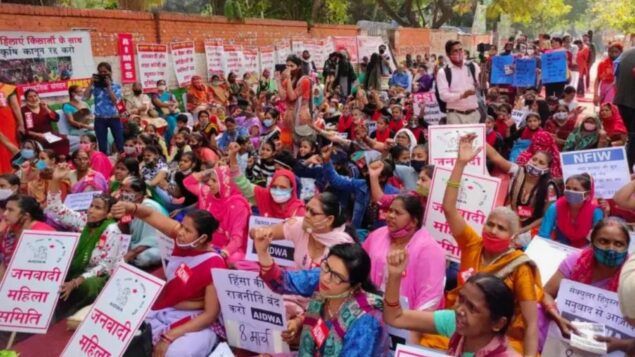 In the tradition of proletarian internationalism, working women and farmers from Tanzania express their solidarity with the women farmers of India who have been engaged in struggle for the last several months against pre-corporate farming bills from the Modi-led government.

A month ago, the Manzese Working Women’s Cooperative Association commemorated three years since they organized and declared war against the existing oppressive financial institutions in Tanzania, mobilizing themselves to form their own independent savings and credit cooperatives.

On International Workers’ Day, in line with their commitment to building unity and cooperation among working class women, they share a message of solidarity with the working women of India, who have for months been at the forefront of the agricultural workers protest movement. The working women of India continue to bear the brunt of the social inequalities only worsened by the COVID-19 pandemic, currently at its most critical due to the catastrophic policies of the same government who pushed the corporate agricultural laws farmers are protesting against.

As we commemorate International Workers’ Day and the COVID-19 crisis exposes the great inequalities in the global social systems, we are uplifted by the courage you have shown in the ongoing farmers’ protests against the barbaric agricultural laws. We have been following you closely with admiration and learning from every step of your actions during this historic moment.

Across the world and in Tanzania, we are living under the same imperialist policies and realities. 22 of the richest men in the world own more wealth collectively than all the women in Africa combined. In Tanzania, 98% of the rural women defined as economically active are engaged in agriculture and produce a substantial share of the food crops for both household consumption and for export, yet we not only continue to live in poverty but, as women, bear the disproportionate weight of inequalities.

Despite living in a country with enough resources to cover for such services, our lives have simply been miserable. We have experienced homelessness and lacked means of production, despite inheriting our ancestor’s lands. We have sobbed with our children for lacking school fees and had death knocking our doors for lack of hospital bills. Suffering under the same imperialist barbarism and its protective laws,  we share your sentiment and feel proud that you chose to struggle against this system that oppresses and exploits us.

As part of women who also struggle against land grabbing, we have learnt how patriarchy plays the supporting role of exposing our land and labour to thuggary. In Tanzania, land ownership rests predominantly in the hand of men, while women are relegated to the domestic space; patriarchy has cleverly excluded women from making important decisions regarding land.  Yet, as the family caretakers, women have always been more vigilant when it comes to the protection of land. This explains how our absence in such decision-making spaces has weakened our overall resistance to market interests and the looting of land for profit over the common good.

While patriarchy ensures women’s relegation to unpaid domestic and care work, imperialism is being subsidised. Such a knitting of the two systems and how they support one another, calls for nothing less than a total struggle against both imperialism and patriarchy.

Leading by example, our revolutionary sisters in India have stood fearlessly to confront imperialism and patriarchy. In such an agrarian patriarchal society where the policing of women is the order of the day, it takes more than mere courage to actively engage in a movement especially in male dominated spaces. No wonder various institutions have attempted to deny your agency and confine you to the homesteads.

“Women make revolution, not coffee” reads one of your banners at the protesting border camps in Singhu. Women are not mere cooks! We are active producers in the fields! Thank you for showing defiance in words and deeds to both patriarchy and imperialism. When the imperialist courts tried to treat you as mere victims whose presence was unimportant, you were clear that, as the toilers of land, your agency in the farmer’s movement was non-negotiable.

As we stand with you in struggle and send a message of defiance: Our agency in the struggle for humanity is non-negotiable! Those who call our defiant grandmothers witches will see that their granddaughters will not be tamed either.

While their ‘good mannered’ liberal feminists gather for hymns of praises for sham liberation, ours will be an endless duty to raise hell against all forms of oppression. When they preach competition amongst women and recognition of so-called “superwomen” who uphold hierarchies of oppression, we will strengthen solidarity as we intensify the struggle for a humane society. When they beg for sponsors, and call upon the same patriarchal and imperialist institutions to do more for women’s emancipation, we will be out there doing it ourselves and simultaneously struggle against all forms of oppression.

Let all the stewards of patriarchal and imperialist systems be warned that we are going nowhere. Our place is in the struggle and we are here to stay until victory! 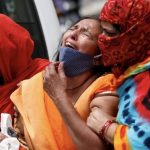 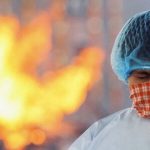 Why Covid-19 is running amok in IndiaCOVID-19 Corona virus, India