November update: Ukraine is being pushed towards a suicidal war 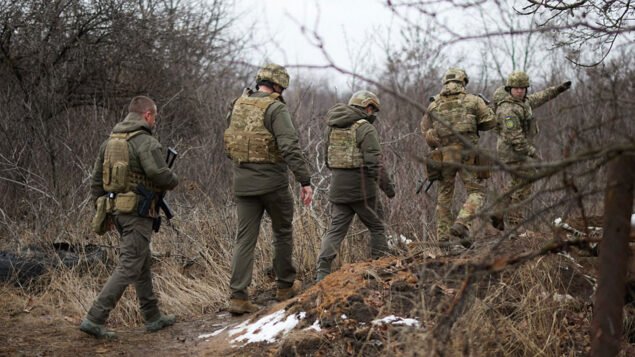 Written exclusively for the NCW website by Ukraine expert Dmitriy Kovalevich, this month he investigates the rumours and the reasons behind them that are currently circulating in the Ukraine’s and in some western media of an imminent threat of invasion by Russia.

Throughout November, Ukrainians have been regularly intimidated by the possibility of a Russian invasion. Almost all of the Ukrainian media have once again started to predict an imminent war with the Russian Federation. This has been a continual occurrence in Ukraine since 2014, that is, since the pro-American coup. The paradox of this situation is that for seven years the country has been declaring that it is already at war with Russia, while at the same time stoking fear with the prospect of a Russian invasion at some point in the future.

This tactic has usually been used to divert attention from economic problems, suppress political opposition and carry out unpopular neoliberal reforms. Each time, prior to the next increase in prices and tariffs, made at the behest of the IMF, the Ukrainian authorities have demanded that citizens should not be indignant, because there was allegedly a high probability that Russia would attack, taking advantage of Ukraine’s internal instability. This continued for seven years, becoming routine.

However, the current difference is that the American and British publications have become the primary source of November’s alarmist predictions (or rather a source of its new wave). For the first two weeks of November, the Ukrainian authorities denied the likelihood of a Russian invasion. At first, they even called the predictions the “pro-Russian panic rumors”, but after visits to Kiev by the western countries military ministers, Ukraine’s authorities were forced to agree and obediently began to echo the West predictions. 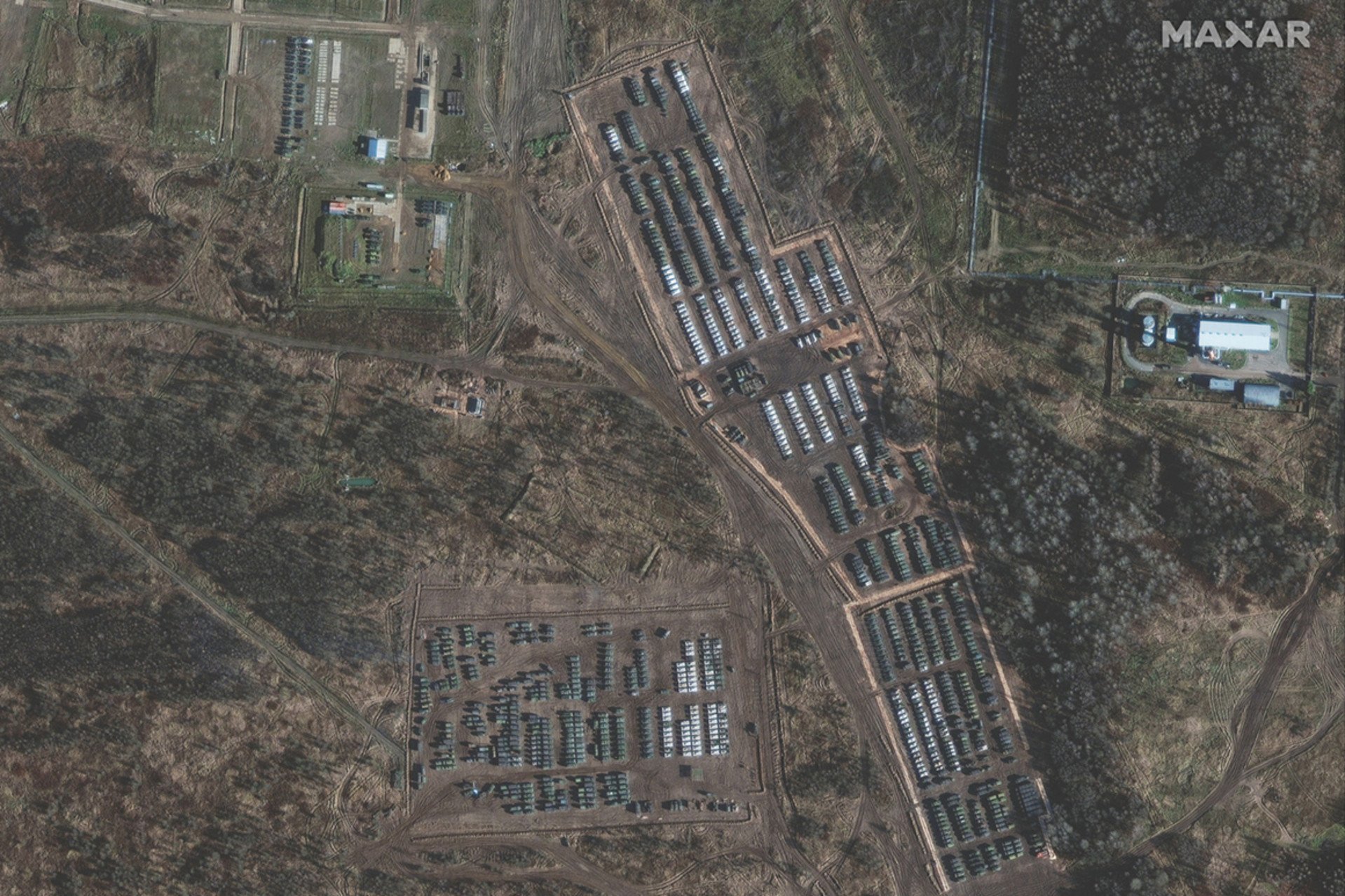 In the early days of November, Pentagon spokesman, John Kirby, expressed concern over the relocation of the Russian military. Shortly before that, on November 2, the US Department of Defense announced the deployment of 90,000 Russian troops near the Ukrainian border. These figures were also reported by the Politico [1] and The Washington Post [2]. In Kiev, they said that they knew about this and that these troops were always there.

Despite the fact that this information was made public by the Pentagon, the Ukrainian authorities began to reproach the American media for purportedly spreading false rumors. On November 7, Ukraine’s presidential press secretary, Sergei Nikiforov, said that the Office of the country’s President had no information about the increase in the number of Russian military personnel, and the Ukraine’s Ministry of Defense did not actually confirm the information that the press service of the US Department had earlier released.[3]

Indeed, S. Nikiforov called the dissemination of this news “elements of psychological or propaganda pressure.” Separately, he noted that both the officers of the Armed Forces of Ukraine and the Ukrainian intelligence actually reported on the absence of tensions at the border. Oleksiy Danilov, the Ukraine’s National Security and Defense Council head secretary, as well as Andriy Demchenko, the press secretary of the State Border Service of Ukraine, also made statements that there were no Russian troops’ movements close to Ukrainian border.[4]

The Russian authorities also denied any plans to invade Ukraine and move troops to its borders. The US then announced an unprecedented but covert call for reservists in Russia, citing two anonymous persons. However, it is impossible to carry out such a mobilization in secret. Nowadays, everyone has a phone and Internet access, so it is impossible to secretly call tens or hundreds of thousands into service. However, the US insisted on this.

And just two weeks later, the Ukrainian authorities agreed that Russia would soon invade Ukraine, but no practical actions or preparations were made in the country against a possible Russian invasion. “Along the entire length of the border between Ukraine and the Russian Federation, which extends more than 2000 km. normal life continues. People and goods are moving, there are no two armies that look at each other with hatred, there is no deeply echeloned defense that should be built if you really expect an attack,” writes the Ukrainian edition Focus.[5]

However, after talks with the US some of the top-military in Ukraine tried to confirm the US allegations. According to the head of the Main Intelligence Directorate of the Ministry of Defense of Ukraine (GUR) Kirill Budanov, the Russian Federation has concentrated more than 92000 troops near the border with Ukraine and is preparing to attack by the end of January or beginning of February 2022.

The head of the GUR added that the attack, which would likely be instigated by the Russian Federation, will include airstrikes, artillery and armored attacks, followed by landing strikes in the East of Ukraine, landing attacks in Odessa and Mariupol, and a smaller invasion through Belarus.

At the same time, he separately added that any military attack would follow after the “psychological operations” that Moscow is allegedly already carrying out. He said that they would “stagger” the stability in Ukraine with the help of anti-vaccination protests, unrest associated with the economy troubles and “the launch of anti-government sentiments.” [6] In other words, although at first denying the likelihood of such an invasion, then they realized how the US allegations could be used to suppress any internal opposition.

Then Bloomberg [7] began to spread similar information with claims that the Russians are preparing an attack from three sides—from the Crimean peninsula, from the Russian-Ukraine border and from the territory of Belarus. According to Bloomberg, Russia is preparing 100 thousand soldiers for an attack. Attention has been drawn to the alleged preparation of an invasion from Crimea. But if you look at the map, there is nothing more stupid from a military point of view than attacking across a narrow isthmus, which is also mined, when you have thousands miles of undefended common land border.

On November 24th, the US Embassy issued a warning to US citizens [8], who are advised not to visit Crimea and the eastern regions of the Donbass due to “Russian military activity.” It is unclear why they are talking about these areas. Russia has thousands of kilometers of common border, and if it wanted to invade, it would obviously not go through those small sections of the border where Ukrainian troops and minefields are concentrated. On the rest of the Ukrainian-Russian border, there are no fortifications at all, or even a wire fence—hundreds of smugglers cross them with ease, every day.

Against the backdrop of these alarmist statements, the United States and Great Britain have increased the supply of weapons to Kiev. Every week, planes with military cargo land in Kiev. And at the end of November, for the first time, American Javelin anti-tank systems were used against the Donbass militias [9], where the situation worsened significantly in November.

Canada, reportedly, is considering an increase in the number of its troops in Ukraine.[10]

The Swedish Defense Minister said he was ready to send troops to Ukraine to help train the country’s soldiers. The UK also said it is ready to send 600 marines to Ukraine at any time. Obviously, 600 service personnel are not sufficient forces to withstand a Russian invasion in the event of it ever happening, but the goal is obviously different.

Kiev to be US and Britain’s sacrificial lamb?

Ukraine’s military experts believe that the United States and Great Britain are pushing Kiev to a military adventure against the Russian Federation or the Donbass republics, announcing in advance about “plans for a Russian invasion.” Kiev is well aware of the suicidal nature of such a provocation, so for a long time it refused to acknowledge the existence of the Russian ‘invasion plans.’ Commentators on the Ukraine have even compared the Ukrainian authorities to a stubborn donkey that does not want to go to the notorious abattoir and become a victim. Kiev, of course, has been repeating in recent years that it is fighting Russia, but this was just a simulation and a reason to ask NATO countries for money.

Therefore, in Ukraine there are now suspicions that insignificant contingents of troops from Great Britain, the USA, Canada and Sweden should only force the Ukrainian authorities to face an armed provocation, that is, serve as something like a barrage detachment behind the Ukrainian army. A similar situation took place in August 2008 when Georgian troops pushed by US/UK instructors attacked Southern Ossetia, causing Russian involvement. Currently the former Georgian president Mikhail Saakashvili (now a citizen of Ukraine) is imprisoned in his home country, Georgia, on charges of corruption.

At the end of November, publications in the Western media and military alarmism had already caused a fall in the value of Ukraine’s currency [11]. The fact is that in recent years, on the advice of the United States and the IMF, Ukraine has been increasing the financial pyramid of domestic government bonds, selling these short-term bonds to foreigners at 12%. The money from their sale has covered debts to the IMF and other international banks. Now foreigners have rushed en masse to get rid of their Ukrainian securities, buying up USD and taking them out of the country.

Kiev has been prepared for the role of a sacrificial lamb, which must take itself to the slaughter, but it still has a little instinct  of self-preservation left, so Ukraine will, as far as possible, continue to merely simulate a war with Russia. But then, the economic methods of pressure will become involved: either an economic collapse due to Ukraine’s dependence on Western financial assistance, or a military provocation with the subsequent defeat for another round of anti-Russian hysteria in the West at the cost of hundreds or even thousands of lives.