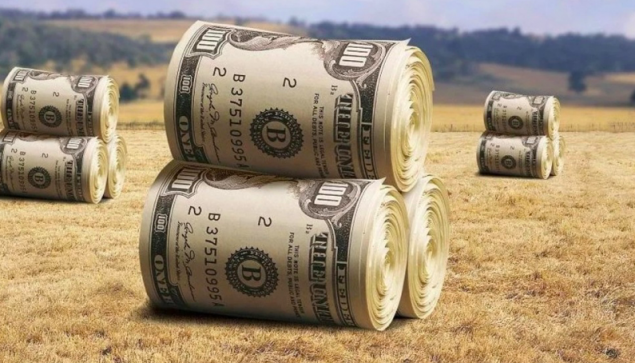 Written exclusively for the New Cold War website, this month our regular contributor on Ukraine, Dmitriy Kovalevich, delves into the unpopular but seemingly inevitable land reform in Ukraine – as demanded by the IMF – and its association with the ongoing corruption scandal involving the Bidens…

November in Ukraine has been marked by the adoption of the so called ‘land reform’, in accordance of the demands made by the IMF amongst other international financial organizations. The reform opens the way for the mass privatization of Ukraine’s agricultural lands. The IMF has been making these demands for many years but assorted Ukrainian presidents have tried to postpone such an unpopular decision. Recent polls show that the overwhelming majority of Ukrainians of all political persuasions are opposed to land privatization, from far-right to far-left.

After an intensive period of deindustrialization, which has taken place in recent years, agricultural land remain the only asset with any value in Ukraine but even so, it may be bought for very little. A remarkable fact is that one of the deputies from the ruling party ‘Servant of the people,’ Nikita Poturayev, while pressing his colleagues at the Parliament to vote for the bill on land reform, claimed [1] that this would be ‘settling scores with maniac V. Lenin’, i.e. the purpose of the bill was to abolish the land nationalization carried out following the October revolution.

Ukraine’s fertile soil up for grabs

It has long been known that Ukraine’s soil is very fertile. Indeed, during WW2 the invading Nazis made a point of appropriating quantities of it; forcing POWs to collect the top soil and load it onto trains en route to Germany. Now these same lands could fall into the hands of international agro-holdings.

Ukrainian political expert Ruslan Bortnik says that the President of Ukraine Vladimir Zelensky and his team came to power under an obligation to sell out the agricultural land of Ukraine to foreign companies. Those who buy these lands, according to Bortnik, will only be thinking about making the quickest possible buck. “Foreign companies are already operating on Ukrainian soil [renting land],” said Bortnik, “But they are competing with large Ukrainian agricultural holdings. They do not dominate. If the adopted land market model is launched, then only large foreign companies will remain in our market… Let’s be honest – we are not a sovereign country. At least our government is under external control. And this is a part of the obligations of this government. This is the condition under which they came to power. They are paying the debts through privatization.” [2]

Ukrainian farmers who still are landowners, formally at least – they just can’t sell it – are the same people who are unable to pay their gas and electricity bills, especially after the recent raising of energy prices – another IMF demand. Obviously, their financial desperation will mean that many will have to sell their land at a low price, certainly well below the market value. Meanwhile, Ukraine remains the poorest country on the continent of Europe and Ukrainian agricultural land remains the cheapest. Moreover, the lands may be bought up as repaying large loans collected by the Kiev government following the Euromaidan coup in 2014.

This scheme of buying up Ukraine’s land is connected with the ongoing corruption scandal in the US: the one related to Joe Biden and the gas company ‘Burisma’. At the end of November, Ukrainian MPs (non-factional people’s deputy Andrey Derkach; a deputy from the Batkivshchyna Party Aleksey Kucherenko; and a deputy from the ruling Servant of the People party, Aleksandr Dubinsky) revealed it at the press-conference [3].

The point here is that the former Minister of Ecology of Ukraine Nikolay Zlochevsky, an owner of  “Burisma” gas company, in 2014 introduced a number of Western politicians to the board of directors of his company, which helped him to avoid accusations of corruption. Hunter Biden, son of former US Vice President Joe Biden, received monthly large payments for his “consultancy services”. As a result Ukraine’s General prosecutor General Viktor Shokin, who was investigating the corruption schemes of the company, was forced – under pressure – to resign by Joe Biden, who even boasted about it in the US media.

Ukrainian MPs have now claimed at a press-conference that the money used to bribe the son of the former Vice President of the United States was in fact stolen. “Biden received money, the source of which is not the successful activity of Burisma, brilliant business moves, or recommendations. It is the money of the citizens of Ukraine. It was obtained by criminal means,” said the MP Andrey Derkach. The ultimate goal of all this fraud, in which the Bidens were deeply involved, will be the bankruptcy of Ukraine in 2020-2021, through the formation of a pyramid of public debt.

According to Ukrainian deputies, this was a part of a bigger laundering scheme to withdraw money from Ukraine via Latvian banks and the fund ‘Franklin Templeton Investments,’ which is close to the United States Democratic Party. The founder of the foundation, John Templeton Jr.,  was one of the main sponsors of the campaign of former US President Barack Obama.

For the most part, it was in the region of $7.4 billion of stolen Ukraine’s public money, from which only a “small share” was used to bribe Western politicians, like Hunter Biden. The deputies have stressed that, according to the investigation of Ukraine’s general prosecution, the withdrawn and laundered money was then invested back into Ukraine. In particular through the Franklin Templeton Investments, the money was used to buy domestic government bonds (DGB), issued by Kiev at high interest rate.

The principle of this scheme is that with the assistance of American funds, the laundered money was legalised and invested in government bonds at 6-8% in dollars and 15-17% in Ukrainian currency (hryvnia). This is leading to enormous growth in the Ukrainian public debt and eventually the bankruptcy of the country’s economy.

Eventual bankruptcy of the economy

Ukrainian prosecutor Konstantin Kulik recently stated [4] in an interview that Ukraine takes IMF loans to pay out on these debt obligations (DGB). As deputy Aleksandr Dubinsky stressed at the press conference, 40% of the current public budget goes towards the payment of the public debt of Ukraine, including the repayment of DGB at inflated interest rates.

And this scheme is connected with land privatization, as adopted by Kiev in November in accordance with the IMF demand. “DGBs are a financial instrument by which the state owes all its property when paying off the DGB. And if the land market is opened, the state will have no other valuable property, with the exception of land,” said Dubinsky, demanding the suspension of debt payments to international creditors.

As a result of this unpopular land reform and the widespread violations of labour rights, Ukraine’s trade-unions called a general strike [5] for November 14 and began preparations. For the first time in the history of independent Ukraine, a strike committee was formed at the all-national level. This committee was joined by trade unions, individual entrepreneurs, small businesses, agricultural producers and farmers.

On November 14, Ukrainian railroad workers protested [6] in front of the Presidential office in Kiev against the announced plans to fire some 50% of railroad personnel. The workers demanded the railroad management should resign instead. The deputy head of the railroad trade-union, Alexander Mushenok, recently said [7] that currently “only 20 workers are employed where 60 workers are needed.” At the same time the workers claim that the top-level management of the company are paying themselves millions in bonuses. One of the IMF demands requires that the Kiev authorities privatize the railroad system as well. In practice, this means that the few profitable routes will be privatized by western companies, while the majority of non-profitable routes – to poorly developed provinces – will remain state-owned, making the railway transport even less profitable.

The entire course of privatization, as promoted by the IMF, can be summarized by the principle ‘privatization of profits, nationalization of losses.” And the new Kiev government is far too dependent to protest against the imposition of this policy; however, this will effectively mean that this government will lose its credibility and trustworthiness among the people. 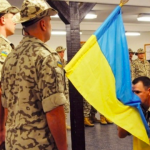 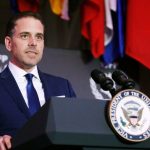