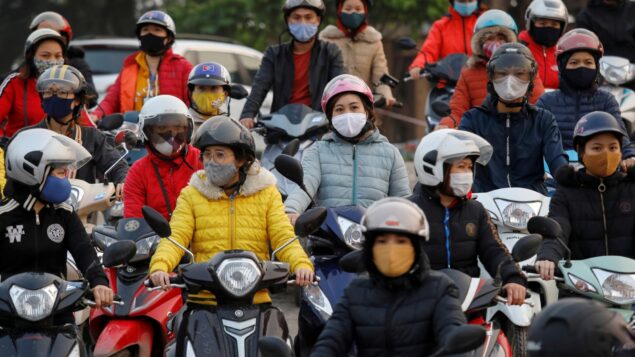 Covid-19 infection and death rates in the Western world and many developing countries in Asia and Latin America have long overtaken East Asia since the second quarter of 2020. Perhaps unsurprisingly, considering prevailing Western accounts of the Asian financial crises, there have been no serious efforts to draw policy lessons from East Asian contagion containment.

Covid-19 infection and death rates in the Western world and many developing countries in Asia and Latin America have long overtaken East Asia since the second quarter of 2020. Perhaps unsurprisingly, considering prevailing Western accounts of the Asian financial crises, there have been no serious efforts to draw policy lessons from East Asian contagion containment.

Although most East Asian economies have successfully contained the pandemic without nationwide ‘stay in shelter lockdowns’, many governments have seen such measures as necessary. But lockdowns are blunt measures, with inevitable adverse consequences, especially for businesses and employment.

Many countries have thus imposed lockdowns, citing China’s response in Wuhan. But as the first WHO fact-finding mission to China noted, “The majority of the response in China, in 30 provinces, was about case finding, contact tracing, and suspension of public gatherings—all common measures used anywhere in the world to manage [infectious] diseases.

Lockdowns were limited to a few cities where contagion went “out of control in the beginning”. The key lesson from China was “all about…speed. The faster you can find the cases, isolate the cases, and track their close contacts, the more successful you’re going to be.”

To be sure, lockdowns ‘flatten the curve’ by temporarily preventing further contagion. But unless accompanied by appropriate complementary measures, undetected infectious individuals may cause silent community transmission that becomes evident only too late. Instead of lockdowns, it is far more prudent to find and isolate cases before numbers become unmanageable.

The Republic of Korea was the first country to dramatically reduce the number of Covid-19 cases and related deaths without nationwide movement restrictions. It checked the spread of Covid-19 infections without imposing lockdowns, even in Daegu its most infected city.

Mass testing has been key to its response, doing the most by mid-March. By late March, Korea’s newly confirmed cases had fallen from second to eighth place in the world. Meanwhile, Korean authorities urged physical distancing, personal hygiene and remote work while discouraging mass gatherings.

The government also had legal authority to collect phone, credit card and other data to expedite contact tracing, and initially only restricted incoming travellers from Hubei province, where Wuhan is, for precautionary reasons, and from Japan in political retaliation.

Three months ago, a Vietnamese official described how “Vietnam is fighting Covid without pitting economic growth against public health”. Besides testing and contact-tracing, “the government has depoliticised the pandemic, treating it purely as a health crisis, allowing for effective governance”.

Hence, there is “no political motive for government officials to hide information, as they don’t face being reprimanded if there are positive cases in their authority area that are not due to their mistakes”.

He noted that “With the head of the Hanoi centre for disease control being arrested for suspected corruption in relation to the purchase of testing kits, and small traders getting fines for price-gouging face-masks, the government has also been clear that public health cannot be entangled with commercial interests”.

After China announced its first infections and deaths in January 2020, “Vietnam tightened its border and airport control of Chinese visitors. This wasn’t an easy decision, given that cross-border trade with China accounts for a significant part of the Vietnamese economy”.

Vietnam also “took precautionary measures above and beyond World Health Organization recommendations”. Preparations started “a week before the outbreak was officially declared a public health emergency of international concern, and more than a month before WHO declared Covid-19 a pandemic”.

The communist-led government also ensured “freedom of information on Covid-related matters”. “Lockdown and isolation are more selective” from the outset, without resorting to nationwide lockdowns, as has happened elsewhere without much benefit.

Vietnam is one of the few countries with “positive GDP growth” in 2020; “the supposed trade-off between the economy and public health… looks to be something of a false choice”.

In their war, Vietnam is believed to have lost over three million people compared to 58,209 US lives. In fighting the virus, Vietnam, with 97 million people, has lost 35 lives so far, while the US, with a 332 million population, has lost almost four hundred thousand.

After a year of living with Covid-19, all governments can learn a great deal from critical evaluation of their own country experiences, other experiences as well as accumulated, especially new knowledge relevant to feasible policy options.

Thus far, appropriate East Asian policy measures for rapid early detection, isolation and contact tracing, while protecting the most vulnerable and treating the infected, have succeeded in flattening the curve.

Easier to administer and delivering results more rapidly, such cheaper, simpler and quicker tests more speedily detect the infected, especially among the asymptomatic, in time for appropriate and timely action.

As SARS-CoV-2 transmission peaks several days after infection, together with the viral load, more frequent testing is necessary to check contagion. More frequent mass testing is probably going to detect many more of those infected much earlier, while they are still infectious.

In the early 20th century, a young Cambridge-trained doctor, Wu Lien Teh returned to practice in the British colony of Penang where he mobilised thousands against the opium trade. The authorities arrested him, forcing him to seek employment outside the British empire.

He eventually found work with China’s Ching emperor in Manchuria where a plague was raging, eventually claiming 60,000 lives. Recognising it as pneumonic, Wu recommended use of multi-layered masks he designed to protect users against airborne infection, now recognised as forerunner of the N95 mask.

His later analysis of the socio-behavioural determinants of zoonotic transmission of the epidemic was also pioneering. Sadly, a famous French doctor Gerald Mesny, who rejected Wu’s mask advice as diagnostically wrong, died of the plague soon after arrival.

Over a century later, and over two decades after the 1997-1998 Asian financial crisis exposed the systemic financial fragility creating conditions for the 2008-2009 global financial crisis, the reluctance to learn from the East continues, ignoring Prophet Muhammad’s advice to ‘seek knowledge, even unto China’. 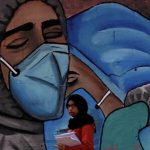 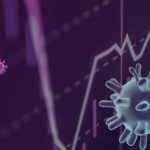