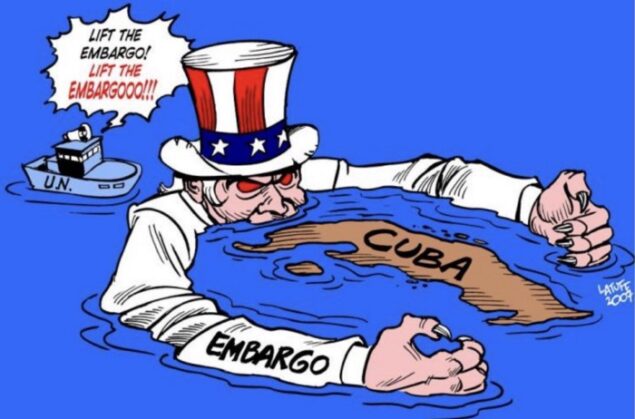 The propagandists of imperialism know that in the age of social media, information and narratives are more relevant to geopolitics than they’ve ever been before.

The propagandists of imperialism know that in the age of social media, information and narratives are more relevant to geopolitics than they’ve ever been before. This is apparent from U.S. military documents from recent years like the 2017 Pentagon report which essentially condemns journalism by warning that “fact-toxic exposures are those likeliest to trigger viral or contagious insecurity across or within borders and between or among peoples.” It’s apparent in the social media micro-targeting network that U.S. intelligence has constructed with the stated intent of stopping those who seek to “pollute” the “U.S. cognitive” domain. It’s apparent in how Washington recently forced the temporary shutdown of Press TV and other Iranian networks for the purpose of “complying” with Washington’s deadly sanctions against the country. And it’s apparent in the propaganda that the imperialists are putting forth to bolster their agenda for regime change and counter-revolution within multiple socialist countries.

What makes this imperialist information war insidious is that it has enablers within the U.S. leftist factions that call themselves “socialist,” and which are therefore able to present their imperialist-adjacent statements as coming from a position of concern for the interests of the global proletariat. The great Marxist scholar Michael Parenti warned about these types of leftists, calling them an

…ideologically oriented component of the left composed mostly of Trotskyists, anarchists, anarcho-syndicalists, ‘libertarian socialists’ and others who will not figure in this discussion given their small numbers and intense sectarian immersion. What they all have in common is an obsessional anti-communism, a dedication to fighting imaginary hordes of “Stalinists” whom they see everywhere, and with denouncing existing communist nations and parties. In this they resemble many centrists, social democrats, and liberals.

Parenti also observed that NATO’s Balkanization of Yugoslavia, which was accomplished through a bombing campaign against civilians and was done to dismantle the last bastion of European socialism so that neoliberal exploitation could be expanded, was supported by “a gaggle of those anarchists and Trotskists I mentioned earlier who convinced themselves that the destruction of the Yugoslavian social democracy was a blow against Stalinist communism.” Whatever pro-worker intentions these “anti-Stalinist” leftists have, the consequences of their stance has been an ideological fortification of empire and capital — not just when it’s come to Yugoslavia, but when it’s come to the counterrevolutions in the Soviet bloc, and when it’s come to the U.S. empire’s regime change attempts in China, the DPRK, and in the current climate Vietnam and Cuba.

As the Vietnamese commentator, Luna Oi has assessed, the recent protests against the Vietnamese government’s failure to legalize gay marriage and easy transgender legal recognition are being exploited by USAID and other facets of Washington’s color revolution machine. Since Oi emphasizes in this analysis that she herself is bisexual, it’s clear that applying the phrase “color revolution” while discussing these protests is not a dismissal of the struggle of the country’s LGBT community.

Even easier to recognize as something which imperialism has co-opted are the protests in Cuba. Unlike is the case for Vietnam’s LGBT protesters, the grievances that these protesters have against their government are based in a dubiously fair judgment against the government; Cuba’s economic crisis amid this pandemic has been caused by the U.S. trade embargo, making it easy to believe the assessment from Cuba’s Foreign Minister Bruno Rodriguez that these protests have not been organized organically but rather fomented by U.S.-financed mercenaries. Protesting against the government for something the government isn’t objectively to blame for is illogical, and is an activity that’s most likely to be participated in by reactionary individuals within Cuba who’ve received direction from bad actors with a malicious agenda.

For both protest movements, one only needs to look at all the funding the CIA’s National Endowment for Democracy has recently given to “human rights” organizations in Vietnam and Cuba to see that imperialist co-optation is taking place. And for Cuba, one only needs to observe the role which U.S. sanctions have behind the country’s hardships to see that even more obvious foreign interference is afoot.

And how have today’s “anti-Stalinist” leftists responded to this? Not by unifying behind these two socialist states which are under siege from asymmetrical imperialist warfare, but by trying to exploit the situation for their own sectarian gain. Legitimizing the CIA’s narratives so that Trotskyism, “libertarian socialism,” and their other ideological niches can receive a boost in the spotlight. Anarchists especially have been doing this in recent years when it’s come to China, with Washington’s “Uyghur genocide” hoax being upheld as unquestionable by anarchist thought leaders like Noam Chomsky. A similar rhetorical ploy was made this week in regards to Cuba by the World Socialist Website, the publication of the aggressively “anti-Stalinist” Trotskyist organization the Socialist Equality Party:

As in all countries, the only way to bring the pandemic under control and solve even the most basic social problems is for workers to take the fate of society into their own hands. The only way forward for the Cuban working class is to study the lessons of the Cuban Revolution and the whole experience of Castroism as elaborated in the analysis of the ICFI [International Committee of the Fourth International] and work to establish a section of the International Committee in Cuba.

Cuba’s workers have had the fate of society in their own hands since the beginning of Cuba’s revolution, as is apparent from reviewing Cuban democracy’s thorough accountability mechanisms and tools for keeping all levels of government highly connected to the communities they serve. And “Castroism” isn’t an actual ideology, only a term that anti-communists have used to vilify Castro and to subsequently paint Cuban socialism under one dismissive brush. It’s much like the term “Stalinism” in that it lacks real substance and is always used as a pejorative by counterrevolutionaries. Their use of this imperialist subversion effort to promote the International Committee of the Fourth International, the umbrella organization that’s served as an extension of Leon Trotsky’s opportunistic campaign to sabotage the Soviet Union, is all too predictable for Trotskyists.

But the Socialist Equality Party’s shallow opportunism hasn’t come close to matching the counterrevolutionary behavior of some of the forerunners of anarchist rhetoric. This May, Mèo Mun of the anarchist publication Libcomput forth an article which praised the Vietnamese politician Lương Thế Huy, who’s tied to the Institute for Studies of Society, Economy and Environment — an organization which is backed by USAID. Mun even went so far as to praise the iSEE:

Western leftists, communists, and anarchists alike routinely call for ‘unity’ with the authoritarian oppressors in their favourite ‘socialist’ states. They value a cheap, doomed-to-end-in-failure unity with the statists, the genocide deniers, and the red reactionaries, more than the well-being and liberation of marginalised groups…On the list of candidates for Vietnam’s 14th National Assembly election, an unexpected name is the new front-runner: Lương Thế Huy —​​​​​​​ a 33 year old activist —​​​​​​​ is now the first openly gay Vietnamese to campaign for a parliamentary seat. As Vietnamese anarchists, we consider this a bittersweet development, and tentatively offer Mr Huy our critical support…Lương Thế Huy is the President of the Institute for Studies of Society, Economy and Environment (iSEE), a well-known science and technology organisation in Vietnam. iSEE has conducted a great deal of valued research into the living conditions of marginalised groups in Vietnam, as well as organised several campaigns for policy changes in favour of minority rights.

It’s telling that Mun’s following critiques of the iSEE seemingly don’t extend to the fact that it’s funded by USAID. Mun writes that the Vietnamese LGBT community’s “non-queer comrades, however, reacted quite strongly when they caught wind of the fact that iSEE is partially funded by foreign money, including money from the notorious United States Agency for International Development (USAID). Despite iSEE being licensed by Vietnam’s Ministry of Science and Technology itself, the red fascists still hurl slurs, cry ‘colour revolution,’ and barely try to hide their burning desire for queer people to perish.”

The staggering dishonesty of Mun’s last statement is apparent simply from looking at the content of Luna Oi, who as far as I know hasn’t stated that she wishes harm upon queer people like herself. But what’s more important than this disingenuous character attack is the core of Mun’s argument — namely, that imperialist subversion efforts should be seen as acceptable so long as they help score points for anarchism, or for whatever other ideology that a given “anti-Stalinist” leftist has personally latched onto.

If Mun is self-admittedly aware that USAID is behind the politician and organization he critically supports, and his only recourse to this fact is to hurl insults like “red fascist” and “genocide denier” while portraying queer communists like Luna Oi as queerphobes, Mun’s goal is not “anti-authoritarianism.” It’s to ride the coattails of imperialist subversion campaigns while presenting the optics of being a socialist, much like imperialist-aligned social democrat politicians such as Bernie Sanders or Alexandria Ocasio-Cortez have done. You could say Mun views USAID’s involvement as a “fact-toxic” piece of information.

In the narrative realm, the history of Yugoslavia’s dismemberment is repeating itself. But in Vietnam, Cuba, and the other anti-imperialist countries which the empire and its “leftist” lackeys seek to undermine, the counterrevolutionary attempts won’t be successful. U.S. imperialism is weakening, and the teeth-gnashing towards Marxist-Leninists from its ideological gatekeepers within the imperialist “left” show how much Marxism-Leninism threatens capital and empire. The information war — and the global class war more broadly — won’t be over until Vietnam and Cuba’s model of workers democracy has prevailed over global bourgeois rule. 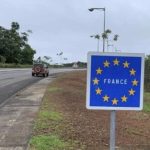 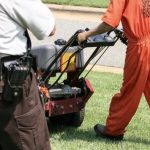 A call to close the 13th Amendment’s loophole allowing slavery as punishment for a crimeSlavery, USA