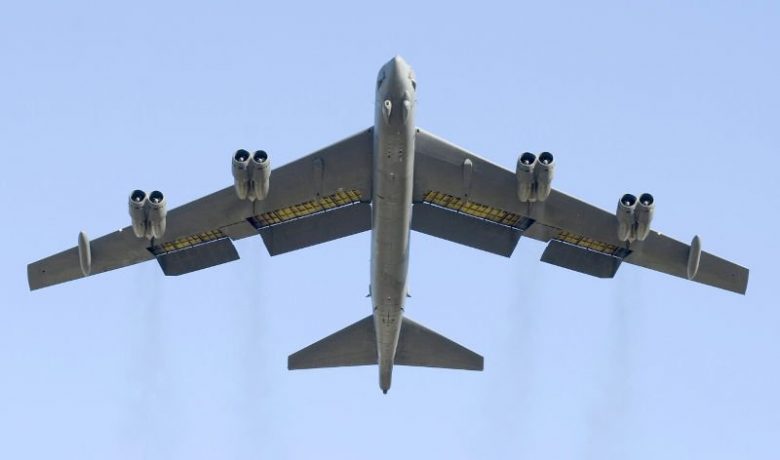 iStock: A B-52 Stratofortress

There is an enormous and powerful US constituency committed to continual war. We joined those wars in Vietnam, Iraq, Afghanistan and Syria. All were disastrous. Now the US is provoking China and wants us to join it. And we are obliging. The US is the most violent and aggressive country in the world. We are joined at the hip.

Julia Gillard delivered a gushing speech to the American Congress in March 2011. Then eight months later she agreed to US Marines in Darwin.

Then, in some political difficulty at home later in the year she was anxious for President Obama to visit Australia and address the Parliament. Kim Beazley, our Ambassador in Washington was very keen to help. As part of the deal to lock in the Obama visit Gillard agreed to the rotation of Marines through Darwin with US hopes for more future basing in Perth and Cocos-Keeling.

This was the real door opening  for the Americans.

The colonisation has continued apace since then with USAF operations in Northern Australia.

And more and more Marines rotating through Darwin.

Four of the USAF’s 20 B-2 bombers have recently been ‘deployed down under’ at Amberley while Tindal is upgraded.

The B-2s come and go from Guam and Diego Garcia, and to/from their home base at Whiteman Air Force Base in Missouri. They have done round trips from Guam to Darwin/Tindal.

B-52s and B-1s frequently land at Darwin and/or Tindal on brief visits.

But putting the foot on the accelerator of US military colonisation really came in September 2021.

In Pearls and Irritations on September 21 2021, Mike Scrafton in ‘AUSMIN and AUKUS, its worse than you think’ commented –

“Australia has effectively surrendered its right to say what kinds of military platforms and weapons can be brought on to, or stationed in, its territory.

The September Agreement represents a complete and total subordination of Australia’s interests to those of America. It is not possible to say no to America when we are so deeply entwined with US military war preparations….

At best this is ill-considered and reckless rhetoric, at worst a potentially irretrievable step towards war wherever and whenever the US decides to embark on one.

The implications of this for Australia need to be understood. First, it appears these concessions license the deployment of nuclear weapons to Australia….

If Australia is to be a base for sustaining operations it seems inevitable nuclear weapons will enter, transit or be stored here. Australia is too far from the South China Sea to be for launching conventional operations….

Access to Australia as a base hosting a “logistics, sustainment, and maintenance enterprise to support high end warfighting and combined military operations”, and unfettered access for US forces and platforms, gives America some strategic depth and somewhere to retreat to if, as many expect, the US will be expelled from the South China Sea in the first engagement with China.

Then, under the pretence of being war ready, and as a logical step for protecting US platforms using Australian facilities from long range or stand-off attacks, it won’t be long until we see missile defences deployed. That’s because all of this means Australia will have become a target.

The enormity of these concessions, and the abrogation of sovereign responsibility for the security of Australian citizens, has largely been met with equanimity bordering on somnambulism by the Labor Party.”

We have committed ourselves to ‘high end warfighting and combined military operations and unfettered access for US forces and platforms’ We have not seriously debated or considered the enormous and very risky consequences of this. Our sovereignty and integrity as a nation is on the line and at the whim of the US.,a country that does nor really know which path it is on, crypto-fascism, civil war or anarchy.

In AUKUS, at enormous cost and with great delay we are planning to fuse our future nuclear powered submarines with the US Navy to operate in the South China Sea against China.

Minister Marles has told us that we are not only working ‘inter-operatively’ with the US military in numerous ways but we are now committed to ‘inter-changeabilty’ with US forces. We are locking ourselves even more to a ‘dangerous ally’.

There is an enormous and powerful US constituency committed to continual war. We joined those wars in Vietnam, Iraq, Afghanistan and Syria. All were disastrous. Now the US is provoking China and wants us to join it. And we are obliging.

The US is the most violent and aggressive country in the world. We are joined at the hip.

We are sleep walking to disaster led by both our major parties.

Who is prepared to stand up and stay STOP? 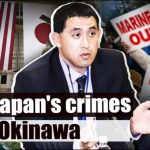 What the US & Japan did in Okinawa with their military: Interview with Rob KajiwaraImperialism, Japan, Li Jingjing, Okinawa, Taiwan, USA, Video 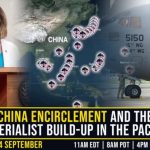