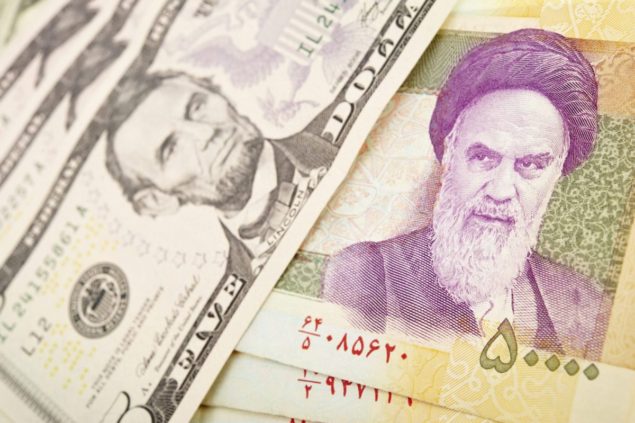 An American professor of economics and management blames US bullying and Tehran’s incompetence for Iran’s woes.

Iran’s economy has never been more vulnerable and fragile. Last month, President Hassan Rouhani complained that the United States has been waging an “economic warfare” against Iran by slapping sanctions on the country’s energy, finance, banking, industrial and shipping sectors.

In a bid to isolate Iran further, amputate the remaining ties between its financial institutions and the global banking system and prohibit the access of the government in Tehran to much-needed hard currency, the United States on Thursday introduced a new set of sweeping sanctions targeting 18 Iranian banks that were not previously targeted with punitive measures. 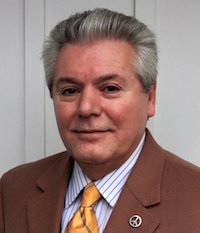 Asia Times spoke to Professor Bina on the fluctuations of the foreign-currency market in Iran, the impacts of the US economic sanctions on the livelihoods of Iranian people, and the broader economic challenges ahead of the Iranian government.

Kourosh Ziabari: What do you make of the depreciation of the rial, the and its impact on the livelihoods of ordinary citizens?

Cyrus Bina: The drastic depreciation of the Iranian currency, the rial, and skyrocketing rise of foreign currencies are two sides of the same coin, so to speak. In other words, any depreciation amounts to the appreciation of equivalent currencies, registering the value of the domestic currency in terms of international currencies, and vice versa, in the currency and trade markets across the world. This reflects the general rule, regardless of a specific cause.

The impact of all this is a deficit in the balance of trade and thus payment on the part of a depreciating country, in which the exports for whatever reason are either stagnant or declining. More important, it decimates the purchasing power of the population at large of all traded goods, particularly those required as input to industrial sectors.

This has even more devastating impacts on medicine and medical services across the board, especially during this double whammy: the pandemic of Covid-19 and the accompanied economic crisis across the world.

In addition to this twin whammy, the quandary for the Iranian economy is that it is additionally sitting between a rock and a nasty place, namely between gross mismanagement of the economy by both conservatives and reformists in Iran, and mindless US sanctions, now displayed rather illicitly under the renegade, retrograde, some-say-confederate Trump presidency, with virtually no elbowroom.

It is no wonder the currency markets across the world had responded with such ferocity following the abrogation of US compliance with the Joint Comprehensive Plan of Action in 2018 and, after much saber-rattling, provocation, and [naked] jingoism today, less than four weeks until the US presidential elections.

KZ: What factors are accelerating the devaluation of the Iranian currency? To what extent should it be attributed to the US sanctions? How much is government mismanagement and corruption to blame?

CB: The factors … are intimately related to both economic and political destabilization of the region as well as Iranian sovereignty by the United States and a few regional relics which are still standing from the now-defunct postwar Pax Americana in 1945-1979, a period in which the United States enjoyed unimpeded hegemony.

These vestiges, which predictably turned retrograde, include absolute monarchies and small sheikhdoms, such as Saudi Arabia, the UAE, Bahrain and Kuwait in the Persian Gulf, plus Israel. Therefore, the index of the acceleration of the devaluation of Iranian currency fused with the acceleration of US attempts to isolate Iran, despite the fact that the globalized world has little by little moved beyond the reach of the United States both economically and politically, and American hegemony is something of a passé.

Yet in the course of this transition, the nostalgia of bygone power is still hanging over the US polity and politics in the region. The Islamic Republic of course, which owes its birth to the Carter administration, for the lack of options at the time, and in deeper essence at the beginning of the fall of the Pax Americana, is not immune to the change of an era.

The mentality of such a regime has not been compatible with the era of post-hegemonic America and the modern governance from the outset. Therefore, proof of the pudding is in its eating, and the long-standing mismanagement and corruption is a signature of this regime from Day 1.

Hence today’s mishandling of the economy under Rouhani is but a subset of a retrograde governance, sometimes with a nuance, since the period, in the late 1980s, under [Akbar Hashemi] Rafsanjani. Here the blame has no boundary.

KZ: What are the determinants of the price of foreign currency in an insulated economy like Iran, which is effectively cut off from the global financial sector? People wake up every day to receive announcements that the price of the dollar, euro and other currencies has jumped by several thousand rials. How does this happen?

CB: It is mistake to say that Iran’s economy is insulated or that Iran is isolated, just because the United States or some its collaborators in the Cold War or in the region decide to initiate isolation in the post-hegemonic, post-Pax Americana [era].

To be sure, I do not argue that the US government cannot impose sanctions on any nation and that those sanctions may not have teeth or do not hurt. I also do not claim that during this watershed period, that is in this bizarre period of transition, the diminishing United States is not able to hurt a number of countries or a lot of people who are subject to these imperial wraths and rages known as sanctions.

This former hegemon can do a lot of damage but the de facto globalization of our time is an anathema to all this and sets a limit on such atrocious activities against the global economy and potential multipolar polity.

We are now living in the post-American world, which has already moved to a multipolar polity-in-the making, a polity which has a profound implication for transnational economic connection and potential diffusion of political power across the world.

I have established all these important points elsewhere in my work. Thus, even in Iran, neither the economy as a whole nor the currency exchange is completely isolated from the world economy. In other words, the US selective isolation of Iran has a sobering limitation.

KZ: What are the impacts of the devaluation of rial on the livelihoods of ordinary citizens and teachers, manual workers and employees who live on fixed salaries?

CB: The story of US sanctions in general, and their purported target, has always been detrimental to the livelihood of ordinary people. In Iran, the American sanctions, since the 1979 takeover of the US Embassy in Tehran, are among a few mementos the Iranian masses, particularly younger generations, know about the United States, which is properly attributed to the US government and not the people of the United States.

The crippling sanctions of the last two decades or so had already broken the back of the working class and emaciated the size of the burgeoning middle class to naught. Today, despite its natural wealth, Iranian society is among the most polarized societies across the globe.

Thus there is no doubt that the two ferocious pairs of hands that had relentlessly led to this profound class division and polarization, namely the US hands and hands of the regime itself, are a pair of ironies in this heartbreaking tragedy.

KZ: The price of gold is swiftly going up in the Iranian market. What are the reasons? Is there a limit to the value of a gold coin, currently traded at 130 million rials per piece, or can it continue to spike non-stop?

CB: It is not out of the ordinary that in an economic crisis in which stock markets collapse, supply chains are broken up, and the economic activity plummets to a trickle, the price of gold rises. This is due to the fact that the currency does no longer hold any value because of wholesale depreciation, and shifting to precious metals on the part of the public bids up the price of gold.

Therefore, there is no surprise to find out that a gold coin is traded for 130 million rials in Tehran. As the panic gets deeper, and the depreciation of rial climbs further, the likelihood of an upsurge in the price of gold in more probable.

KZ: What should the Iranian government do to tackle this economic crisis? Why is it unable to prevent the price of consumer goods such as health and hygiene products, meat, poultry, dairies and medicine from rising?

CB: Given my points indicated on the issues raised earlier, the Iranian government contributed immensely to the class polarization and lopsided distribution of income across the board since the end of the Iran-Iraq War and the so-called era of reconstruction under Akbar Hashemi Rafsanjani’s presidency.

The pace of polarization under Mahmoud Ahmadinejad did not subside but because of the higher price of oil and an increase in the government budget, he fared somewhat better.

Now, on Rouhani’s watch, so many troubles have already converged simultaneously. The JCPOA that promised billions of dollars [injected] into the economy, following the foreign investments in oil and gas and other fields, is stopped in its tracks.

A naked economic strangulation by the Trump administration by resorting to every trick available in the Cold War book is unfolding against Iran. We are witness to an untold level of corruption, including outright plunder of public assets, the flight of capital by many individuals connected with the regime and the pillage of what is left.

Also, the sanctions and interruption of the export of oil and finally the onset of Covid-19 and absolute lack of competence on the part of the Iranian government are difficulties that Rouhani is facing.

As the combination of all these predicaments unravels the root causes of this quandary, there is no short-term remedy on the horizon. Here, deep polarization in the economic arena and visceral brutality against the protesting voices and population at large can be an incendiary combination that very likely could lead to the collapse of the regime itself.

In other words, the treatment of economic and political symptoms is akin to buying time and kicking the can down the road.

Kourosh Ziabari is a journalist based in Iran. He is the recipient of a Chevening Award from the UK’s Foreign and Commonwealth Office. He is also an American Middle Eastern Network for Dialogue at Stanford (AMENDS) Fellow.