Western politicians and pundits should be more careful with their predictions for the Russian economy: Reports of its demise may prove to be premature. 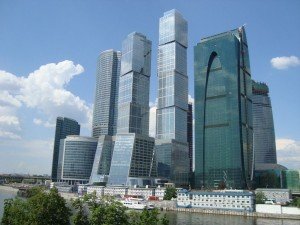 Bashing the Russian economy has lately become a popular pastime. In his state of the nation address last month, U.S. President Barack Obama said it was “in tatters.” And yesterday, Anders Aslund of the Peterson Institute for International Economics published an article predicting a 10 percent drop in gross domestic product this year — more or less in line with the apocalyptic predictions that prevailed when the oil price reached its nadir late last year and the ruble was in free fall.

Aslund’s forecast focuses on Russia’s shrinking currency reserves, some of which have been earmarked for supporting government spending in difficult times. At $364.6 billion, they are down 26 percent from a year ago and $21.6 billion from the beginning of this year. Aslund expects $166 billion to be spent on infrastructure investments and bailing out companies, and another $100 billion to exit via capital flight and other currency outflows. As a result, given foreign debts of almost $600 billion, “Russia’s reserve situation is approaching a critical limit,” he says.

What this argument ignores is that Russia’s foreign debts are declining along with its reserves — that’s what happens when the money is used to pay down state companies’ obligations. Last year, for example, the combined foreign liabilities of the Russian government and companies dropped by $129.4 billion, compared with a $124.3 billion decline in foreign reserves. Beyond that, a large portion of Russian companies’ remaining foreign debt is really part of a tax-evasion scheme: By lending themselves money from abroad, the companies transfer profits to lower-tax jurisdictions. Such loans can easily be extended if sanctions prevent the Russian side from paying.

The declining price of oil is also less of a threat than many have warned. True, the Russian government’s revenues from energy exports will fall in dollar terms. But because Russia’s central bank has allowed the ruble’s value against the dollar to decline, the ruble value of the revenues will be higher than they otherwise would be. As a result, Russia no longer requires $100 oil to balance its budget — and the effect of lower oil prices on the broader economy will be muted.

Economists at the respected Gaidar Institute, for example, expect the floating of the ruble to roughly halve the negative GDP impact of the decline in oil prices. They estimate that Russian GDP will shrink by a moderate 2.7 percent this year, even if Brent oil trades at $40 (it traded at $61 today). That’s just a bit more optimistic than the consensus among 39 economists polled by Bloomberg between Feb. 20 and Feb. 25: On average, they see a decline of 4 percent.

Economic sanctions, which most forecasts assume will continue this year, are having less impact that many in the West would like to believe. Sergei Tsukhlo of the Gaidar Institute estimates that the sanctions have affected only 6 percent of Russian industrial enterprises. “Their effect remains quite insignificant despite all that’s being said about them,” he wrote, noting that trade disruptions with Ukraine have been more important.

Granted, there’s no avoiding a significant drop in Russians’ living standards because of accelerating inflation. The economics ministry in Moscow predicts real wages will fall by 9 percent this year — which, Aslund wrote, means that “for the first time after 15 years in power,” Russian President Vladimir Putin “will have to face a majority of the Russian people experiencing a sharply declining standard of living.” So far, though, Russians have taken the initial shock of devaluation and accompanying inflation largely in stride. The latest poll from the independent Levada Center, conducted between Feb. 20 and Feb. 23, actually shows an uptick in Putin’s approval rating — to 86 percent from 85 percent in January.

It’s time to bury the expectation that Russia will fall apart economically under pressure from falling oil prices and economic sanctions, and that Russians, angered by a drop in their living standards, will rise up and sweep Putin out of office. Western powers face a tough choice: Settle for a lengthy siege and ratchet up the sanctions despite the progress in Ukraine, or start looking for ways to restart dialogue with Russia, a country that just won’t go away.