A range of high-profile speakers were at the launch meeting of the No Cold War Britain campaign. This event comes as Britain sends its largest ever warship to the South China Sea in a deliberately aggressive and provocative move.

The speakers addressed a number of themes and questions including:

Follow @NCWBritain for updates about this exciting event and other initiatives.

This event is hosted by No Cold War Britain and Tricontinental Institute. 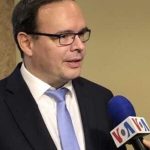 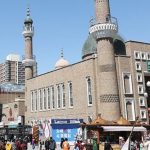