The regional assembly in Crimea voted unanimously on March 6 to secede from Ukraine and to proceed with a referendum vote on the region’s status. The vote will happen quickly and will propose to endorse the assembly’s secession vote and to acquire the status of an autonomous republic in the Russian Federation.

The assembly’s decision was made as foreign ministers of the U.S., Europe and Russia met in Brussels. Russia’s foreign minister dismissed calls for his government and military forces to exit Crimea. Talks continued in Rome on March 7 at a meeting previously scheduled to discuss Libya. NATO is threatening military “assistance” to Ukraine if the crisis is not resolved (CBC Radio, quoting a NATO official), but that’s a lot more bluster than actual threat.

CBC Radio as well as The Guardian report that the Russian Parliament has taken steps to make it easier for people in regions bordering Russia to become citizens of the country. You can follow The Guardian‘s up to date, live reporting here on all aspects of the Ukraine crisis.

Yesterday in Crimea, a delegation from the Republic of Tartarstan met with Tatar representatives in Crimea and with the pro-Russian regional assembly. A trade and cooperation agreement was signed between the delegation and the assembly. Tatarstan is an autonomous republic located in the geographic center of the Russian Federation with a population of nearly four million. Its capital, Kazan, is app. 900 km east of Moscow.

The Tartarstan delegation included the president of the autonomous republic, Rustam Minnikhanov. Its visit is part of overtures by the Russia government to reassure Crimean Tatars of their future in the changing region, including a promise of some status of autonomy for Crimea. Tatar agreement to a political change in Crimea is vital for the Russian government to win support from friendly governments and a skeptical world.

At the moment, Crimean Tatars, who have few historic ties to Ukraine apart from a shared national oppression at the hands of Great Russian chauvinism, are nervous over Russia’s intervention or downright opposed. Here are two reports on the views of Crimea’s Tatars: a five-minute audio report (and text) on The World, and a report in the Kyiv Post.

Here is a March 6 report by Postmedia‘s Matthew Fisher about Crimea’s war-torn history, including the fact that one tenth of the enormous military losses of the Soviet Union during World War Two occurred on Crimean territory–some two million soldiers: Why Crimea matters so much to Russia.

Meanwhile, University of Toronto Associate Professor Victor Ostapchuk writes in a Globe and Mail op-ed on March 6 that Russia’s claim to Crimea is not the straightforward one presented by pro-Russia Crimeans.

As I have reported earlier, Ukraine’s historic claim to Crimea is weak. Legally, it rests on a hasty decision in 1954 with no meaningful popular consultation by the post-Stalin leader of the Soviet Union of the time, Nikita Khrushchev. He transferred the territory from the Russian Soviet Republic to the Ukrainian Soviet Republic. Victor Ostapchuk says that the measure was taken because the Ukraine Soviet Republic was better placed than its Russian counterpart to assist the arid, poor and devastated Crimea region. A canal project on Ukrainian territory supplies Crimea with its fresh water, and its energy and telecommunication connections are also with Ukraine.

Note than neither the Ukraine nor Russian soviet republics assisted the Tatar population forcibly displaced by Stalin during WW2 to return to their homeland. The return (of only some of those displaced and their descendants) did not occur until the 1990s, after the collapse of the Soviet Union. The population of Crimea is close to two million. According to a 2001 census, its national composition was 58 per cent Russian, 24 per cent Ukrainian and 12 per cent Tatar.

Plans by the Organization for Security and Co-operation in Europe (OSCE) to send a military observer group (including two Canadian agents) are wishful thinking being sold to an unknowing public, including as the lead, front page story in the March 6 edition of the Globe and Mail. According to the Toronto Star‘s Mitch Potter in Crimea, the group was refused entry when it tried to enter Crimea by road. Again on March 8, it was refused entry, according to CBC Radio.

A special envoy who was sent to the region by UN Secretary General Ban Ki-Moon was sent packing on March 5 by a small group of armed men who took him to the airport at Simferopol.

Canadian Prime Minister Stephen Harper has followed the lead of his loudmouth foreign minister in insulting the sacrifice of the Soviet Union’s war dead during WW2 and their descendants. The two are comparing the present Russian government to the fascist regime of Adolf Hitler in Germany.

That’s quite an insult, considering that following WW2, the Canadian government of the day secretly welcomed former officials of Germany’s Nazi regime into Canada as part of the colonial wars and anti-Soviet offensive (later to be known as the Cold War) by the imperialist countries that were launched in a most brutal fashion with the U.S. nuclear devastation of Hiroshima and Nagasaki in August 1945.

Canada hailed that criminal act and went on to join the U.S.-led colonial war against the Korean people in the early 1950s. That war, like the war in Vietnam that followed, saw the massive use of chemical weapons by the U.S. and the serious contemplation of using nuclear weapons. The only deterrent to the use of nuclear weapons by the U.S. against Korea and Vietnam (and possibly against China) was the fact that the Soviet Union developed the weapon, thus barring a proliferation of its use.

Today, chemical and nuclearized (depleted uranium) weapons are the frequently-used stock in trade of the United States its allies, including one of the closest allies of all to the U.S. and Canada–Israel.

Concerning where events are headed in Ukraine, I received the following from an editor of an online publication in eastern Europe:

And with Ukraine, there are indeed calls from different parts of the left to build a united front outside the Maidan [see concluding paragraph below]. From the look of things, I don’t think the danger now is a historic bloc built by the fascists. It seems the big three groups are, like in Italy, pretty much enjoying their work together with the neoliberals, happy with getting positions in the government and softening or getting absorbed a little bit. But we’ll see where it leads – many things could still happen between now and the [presidential] election in May.

Counterpunch has published an informative article on March 8 analyzing who, exactly, was involved in the dramatic events in Kiev over the past month or so. The article was originally published in Le Monde diplomatique and is titled, Who was in Kiev’s Independence Square?

Links ​Journal of International Socialist Renewal ​has published ​its translation of an article by Russian writer and socialist Boris Kagarlitsky. It is a welcome dose of reality, dismissing panic-mongering and examining the different class forces at play in Ukraine, including the working class. He holds out hope for leftists to challenge the dominant rightist political forces in Ukraine and he sketches out ideas for “a program of democratic revolution, which under certain conditions could extend to social revolution”.

VICE News has broadcast a 30-minute video that depicts the very dramatic clashes between the right-wing dominated civilian forces in The Maidan (Independence Square) in Kiev and the police that led to the overthrow of the regime of President Victor Yanukovych on February 22. That day, he fled the country and the Parliament he previously led controlled voted unanimously to impeach him.

Ukrainian leftists are discussing the difficulty in conducting political activity in The Maidan because of the violence of the rightists and fascists who are all-present there. Many are concluding that their work should be conducted outside the confines of the square, and that they need greater unity among themselves.

Ukraine hopes to ensure turmoil does not hit grain cropUkraine 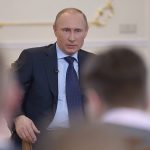