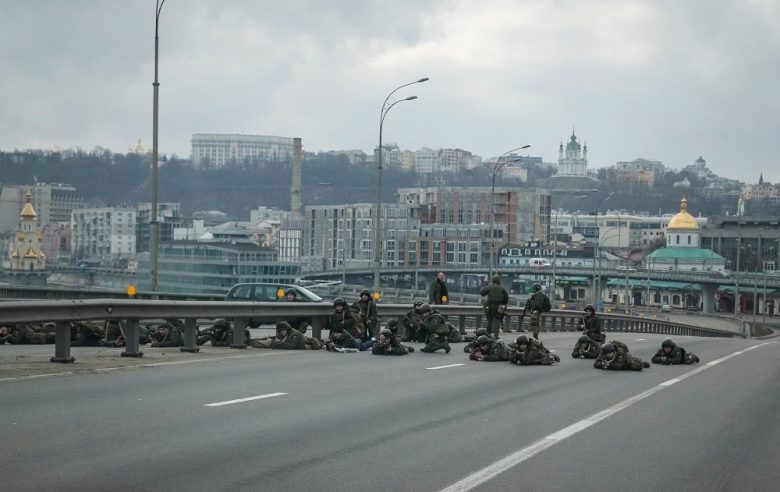 News in English of Russia’s anti-militarization operation in Ukraine is scant and hard to find. The following is a summary of what is known about the situation in Ukraine and where to find current and ongoing information.

Update on March 4, 2022:  331 civilians killed during Ukraine conflict as of midnight, March 3, 2022  The Office of the UN High Commissioner for Human Rights is reporting that as of midnight, March 3, 331 civilians have died in the conflict in Ukraine, 19 of them youth and children, and there have been 675 injured, including 31 youth and children. The deaths have occurred in the following regions: autonomus republics of Donbass: 23; Donetsk and Lugansk regions of Ukraine: 54; elsewhere in Ukraine: 254.  (source)

Western media reports must be read with extreme caution. They consist largely of hysterical claims that have nothing to do with ‘news’. Even where ‘news’ is reported, it must be treated as propaganda unless proven otherwise.

For example, The New York Times reports on March 2: “More than 2,000 Ukrainian civilians have died during the first 160 hours of the war, the country’s emergency services agency said in a statement, though that number could not be independently confirmed.” [emphasis added]. But such numbers can easily be verified–by going to the website of the UN High Commissioner for Human Rights. It reports ‘136’ civilian deaths as of March 1, the latest date of reporting there, though it does not state how many of these civilians were killed by Ukrainian extreme-right paramilitaries (so-called Ukrainian army) operating in the Donbass region and in Ukraine proper.

One of the early false claims by Western media and governments was quickly exposed–the claim that 13 brave Ukrainian soldiers stationed on the tiny and remote Snake Island in the Black Sea were brutally and mercilessly murdered by the Russian navy when they refused to surrender. See analysis of that hoax here.

The Times and the entirety of Western media are accusing Russia of routinely bombing schools, hospitals and residential buildings. Of course they are making such unfounded accusations–lies or exaggerations are their stock in trade.

A previous source of bad information has been the Special Monitoring Mission on Ukraine of the Organization for Security and Cooperation in Europe. Since 2014, its monitors and website published daily reports on the conflict in Donbass, but these reports specialized in covering up the fact that the military combat there has been waged for the past eight years by extreme-right, Ukrainian paramilitaries, today fully integrated into Ukraine’s army, national guard and police. The mission has closed and withdrawn its personnel from Ukraine. The spokesperson for the OSCE mission for Ukraine at the time of its founding in 2014, and for several years afterward, was the ultra-nationalist Ukrainian-Canadian Michael Bociurkiw. As of January 2022, he is a ‘research fellow’ at the pro-NATO think tank Atlantic Council.

TASS Russian news service provides valuable reports, For example, it has broken thenews of negotiations to resume between Russia and Ukraine on March 2. It reports on March 1 that the Russian Investigative Committee has set up a crisis center to record the Ukrainian regime’s crimes against Donbass civilians. Similar criminal investigations by the Investigative Committee can be expected in the Black Sea port cities of Mariupol and Odessa. This is where some of the worst atrocities committed by extremist Ukrainian nationalists against civilians have taken place beginning in 2014. No one has faced justice for these crimes, notably the massacre of more than 40 civilians in an arson attack by extremists against the large trade union building in the city on May 2, 2014 (Wikipedia).

Two vital information sources are the websites of the Ministry of Foreign Affairs of the Russian Federation and the office of the President of Russia. Both sites are under heavy cyber attack by Western agencies. The president’s website has been inaccessible for some days now; the foreign ministry’s site is intermittent.

Lastly, much news of the conflict in Ukraine is posted daily on the ‘World news‘ page of A Socialist In Canada website, in the form of headlines with weblinks.

Now to the latest news, mostly from the above sources:

In Donbass:
* There is hard fighting in Donetsk and Lugansk republics as self-defense forces there push back the lines of demarcation that have been more or less frozen since 2015. Extreme-right and neo-Nazi paramilitaries have occupied the western districts of Donbass since 2014 and it’s from there they have waged their eight-year war against the people of Donbass. That war has killed many thousands. Ending that war and those killings is the principal reason why Russia launched its special military operation in Ukraine on February 24. The extremist paramilitaries were integrated into the Ukrainian army, national guard and police agencies following 2014. Some retained their distinct ‘battalion’ status.
* The Black Sea port city of Mariupol is being surrounded by Donbass forces and the Russian military. The city has been controlled by the ‘Azov’ neo-Nazi battalion since late 2014.
* The ‘Aidar Battalion paramilitaries’ controlling the city of Kharkiv are coming under attack by Russian and Donbass forces. These attacks are what Western media is describing as ‘shelling and bombing of civilians’. The missile strike that damaged the city administration building in Kharkiv on March 2, for example, is widely reported in Western media as one of such attacks. But it was a strike against Aidar Battalion operations outside the building. The police headquarters in the city has come under similar attack due to its role as an operations center.

In southern Ukraine:
* Russian forces are consolidating their hold and defense of the cities of Kherson and Nikolayev.
* In Odessa, the governor of the oblast (province) was dismissed on March 1 by the Ukrainian president, possibly due to negotiations having taken place with the Russian forces outside the city. There are no military clashes in or around the city. Russian naval, air and ground forces are standing by.

In Kyiv:
Western news media are reporting total mayhem into the capital city Kyiv–bombings, missiles flying overhead, constant gunfire. Their favored tactic for promoting this image is to find some anonymous resident who will tell them what the Western media wish to hear, then this is broadcast around the world. But it’s all lies or exaggeration. It is true that Russian forces are tightening their grip on the city, but it has been all ‘calm’ for three nights and days in a row. This news report explains this (though the reader needs to plow through much verbal excess in order to find the essential): Ukrainian journalist describes tense but calm atmosphere in central Kyiv as Russian troops approach, CHEK News (Victoria BC), Mar 1, 2022. More revealing is the Kyiv Independent, a successor online journal to the anti-Russia Kyiv Post. On March 2, it has no reports at all on its news pages of military clashes in Kyiv.

Military casualties:
The Russian Ministry of Defense is reporting on March 2 that 498 Russian soldiers have lost their lives and 1,597 wounded from its special operation in Ukraine. It is also reporting 2,820 deaths of Ukrainian soldiers and more than 3,700 wounded. The ministry says some 600 Ukrainian military personnel have been taken prisoner. The original news report is in the Russian newspaper RIA Novosti; its information is reported by Reuters and in Russians With Attitude(Twitter). The full text of the RIA Novosti report is translated and here in pdf format: Military casualties in Ukraine as of Mar 2, 2022 . 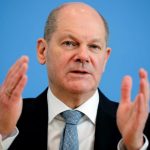 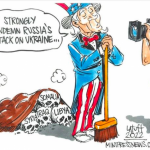