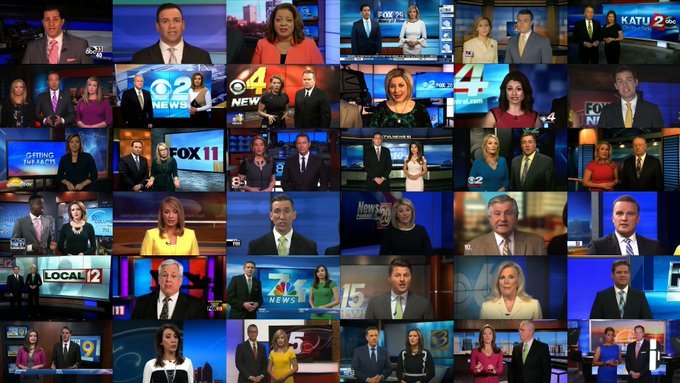 This is fine. Photo: Screencap/Deadspin

Over the last week or so, local television news anchors across the the country have joined together to paradoxically warn viewers about the “troubling trend of irresponsible, one-sided news stories plaguing our country.” The identical, seemingly earnest editorial messages paid lip service to the importance of fact-checking and unbiased reporting, but they also complained about “false news” and “fake stories.” If that seems to echo the rhetoric of President Trump, it’s probably because the statement was written by one of his allies.

The anchors were forced to read the so-called journalistic responsibility messages word for word by their employer, the conservative-leaning Sinclair Broadcast Group, the largest owner of television stations in the country. The features were one of Sinclair’s now infamous “must-run” segments, consisting of conservative commentary that every Sinclair-owned station is required to air.

Think Progress rounded up many of the “fake stories” segments for a chilling video on Friday, but Deadspin’s Timothy Burke published a much more terrifying version on Saturday, which at one point shows 30 of the segments synced up in unison:

How America’s largest local TV owner turned its news anchors into soldiers in Trump’s war on the media:

If you want to read along, the script that Seattle’s KOMO-TV used on the air, which was obtained and published by the Seattle Post Intelligencer on Thursday, is as follows:

(B) Our greatest responsibility is to serve our Northwest communities. We are extremely proud of the quality, balanced journalism that KOMO News produces.

(A) But we’re concerned about the troubling trend of irresponsible, one sided news stories plaguing our country. The sharing of biased and false news has become all too common on social media.

(A) Unfortunately, some members of the media use their platforms to push their own personal bias and agenda to control ‘exactly what people think’…This is extremely dangerous to a democracy.

(B) At KOMO it’s our responsibility to pursue and report the truth. We understand Truth is neither politically ‘left nor right.’ Our commitment to factual reporting is the foundation of our credibility, now more than ever.

(A) But we are human and sometimes our reporting might fall short. If you believe our coverage is unfair please reach out to us by going to KOMOnews.com and clicking on CONTENT CONCERNS. We value your comments. We will respond back to you.

(B) We work very hard to seek the truth and strive to be fair, balanced and factual… We consider it our honor, our privilege to responsibly deliver the news every day.

(A) Thank you for watching and we appreciate your feedback”

The Post Intelligencer adds that, according to a source at KOMO-TV, the anchors were “certainly not happy about it,” since the statements were “a forced thing.” One KOMO anchor also tweeted a column criticizing Sinclair on Sunday. They aren’t alone in their discontent. CNN’s Brian Stelter has reported that other channels’ staff members resent the move, too. He has also reported that Sinclair instructed its channels to repeat the promos as often as possible “to create maximum reach and frequency.”

Here is the part of Sunday’s Reliable Sources that Stelter devoted to the Deadspin video and ongoing controversy:

Other Sinclair-forced segments have included commentary from former Trump advisers Boris Epshteyn and Sebastian Gorka, who recently warned Sinclair’s audiences that the deep state” was trying to undermine the president. The company also put its thumb on the scale for Trump during the 2016 presidential campaign, and periodically tries to keep Americans anxious about more than just bad weather with its Terrorism Alert Desk segments, which round up worldwide terror attacks.

Sinclair already owns or operates 193 stations across more than 100 U.S. television markets, and will likely own more than 230 in the near future if its proposed merger with Tribune Media goes through — which it surely will under this administration. From a business perspective, the “fake stories” edict was probably meant to discredit Sinclair’s shrinking number of competitors at least as much as it was to back Trump’s view of the mainstream media. The good news is that a recent academic study indicated that Sinclair’s propaganda turns off viewers. The bad news is that the same analysis concluded that the right-wing bent may not actually cost the company any of its profits, so don’t expect a market correction on this kind of behavior anytime soon.

Local News Is Turning Into Trump TV, Even Though Their Viewers Don’t Want It 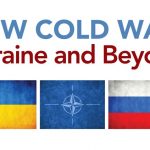 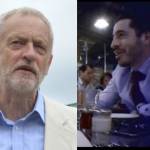