The New York Times has provided an upbeat description of battalions of right-wing Chechen and Ukrainian extremists waging war in alliance with Ukrainian armed forces against the civilian population of eastern Ukraine. The Chechen battalions, we read in the Times’ recent article, are “volunteer battalions” fighting against “separatists”. The Right Sector fascist party, we’re told, is a “Ukrainian militia” and a “fringe nationalist group”. And so on.

The Times article uses the term “separatist” to denigrate the civilians and pro-autonomy political movement in eastern Ukraine. Then it terms as “separatist” the extremist Chechens  which it favorably portrays. So one group of purported “separatists”, Chechens, are quasi-heros, while another, “pro-Russia separatists”, are bad, bad, bad.

The Times article subtly indoctrinates the reader to the fantastical notion that “volunteer battalions” of Chechen, Right Sector fascists and others are fighting against “Russians” in eastern Ukraine, The article writes: “We like to fight the Russians,” said the Chechen, who refused to give his real name. “We always fight the Russians.”

The Times article reports, “Monitors for the Organization for Security and Cooperation in Europe say they have seen steady nighttime shipments of Russian military equipment on a rail line north of here.” Actually, the OSCE monitors have made no such claims in any recent past. Such accusations have been levied non-stop by the Ukrainian government and by its supporters among the NATO governments. But not by OSCE monitors. (The OSCE monitors publish daily reports; the archive of their reports is here.)

MARIUPOL, Ukraine — Wearing camouflage, with a bushy salt-and-pepper beard flowing over his chest and a bowie knife sheathed prominently in his belt, the man cut a fearsome figure in the nearly empty restaurant. Waiters hovered apprehensively near the kitchen, and try as he might, the man who calls himself “Muslim,” a former Chechen warlord, could not wave them over for more tea. 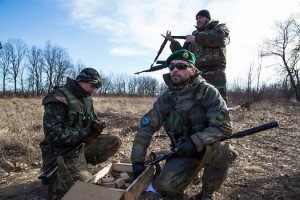 Even for Ukrainians hardened by more than a year of war here against Russian-backed separatists, the appearance of Islamic combatants, mostly Chechens, in towns near the front lines comes as something of a surprise — and for many of the Ukrainians, a welcome one.

Fighting is intensifying around Mariupol, a strategic seaport and industrial hub that the separatists have long coveted. Monitors for the Organization for Security and Cooperation in Europe say they have seen steady nighttime shipments of Russian military equipment on a rail line north of here.

Recently, the Ukrainian authorities released photos — which they said were taken by a drone flying north of the city — that showed a massing of heavy weapons, including tanks and howitzers, on the rebel side.

Anticipating an attack in the coming months, the Ukrainians are happy for all the help they can get. As the Ukrainians see it, they are at a lopsided disadvantage against the separatists because Western governments have refused to provide the government forces with anything like the military support that the rebels have received from Russia. The army, corrupt and underfunded, has been largely ineffective. So the Ukrainians welcome backing even from Islamic militants from Chechnya.

“I am on this path for 24 years now,” since the demise of the Soviet Union, the Chechen said in an interview. “The war for us never ended. We never ran from our war with Russia, and we never will.”

Ukrainian commanders worry that separatist groups plan to capture access roads to Mariupol and lay siege to the city, which had a prewar population of about half a million. To counter that, the city has come to rely on an assortment of right-wing and Islamic militias for its defense.

The Chechen commands the Sheikh Mansur group, named for an 18th-century Chechen resistance figure. It is subordinate to the nationalist Right Sector, a Ukrainian militia.

Neither the Sheikh Mansur group nor Right Sector is incorporated into the formal police or military, and the Ukrainian authorities decline to say how many Chechens are fighting in eastern Ukraine. They are all unpaid.

Apart from an enemy, these groups do not have much in common with Ukrainians — or, for that matter, with Ukraine’s Western allies, including the United States. Right Sector, for example, was formed during last year’s street protests in Kiev from a half-dozen fringe Ukrainian nationalist groups like White Hammer and the Trident of Stepan Bandera. Another, the Azov group, is openly neo-Nazi, using the “Wolf’s Hook” symbol associated with the SS. Without addressing the issue of the Nazi symbol, the Chechen said he got along well with the nationalists because, like him, they love their homeland and hate the Russians.

To try to bolster the abilities of the Ukrainian regular forces and reduce Kiev’s reliance on these quasilegal paramilitaries, the United States Army is training the Ukrainian national guard. The Americans are specifically prohibited from giving instruction to members of the Azov group.

Since the Afghan war of the 1980s, Moscow has accused the United States of encouraging Islamic militants to fight Russia along its vulnerable southern rim, a policy that could deftly solve two problems — containing Russia and distracting militants from the United States. The Chechen leader, Ramzan Kadyrov, has accused the Western-backed Georgian government of infiltrating Islamic radicals into the North Caucasus, though he has not offered proof.

In Ukraine, the Dzhokhar Dudayev and Sheikh Mansur units are mostly Chechen, but they include Muslims from other former Soviet areas, such as Uzbeks and Balkars. The third unit, Crimea, is predominantly Crimean Tatar. There is no indication of any United States involvement with the groups.

Along the front about seven miles to the east, the battalions career about in civilian cars, AK-47 rifles poking from the windows, while the regular army holds back in a secondary line of defensive trenches.

The Chechens, by all accounts, are valuable soldiers. Ukrainian commanders lionize their skills as scouts and snipers, saying they slip into no-man’s land to patrol and skirmish.

The Chechens are also renowned for their deft ambushes and raids. In the Chechen wars, insurgents had a policy of killing officers and contract soldiers who were taken prisoner, but conscripted soldiers were spared. In Ukraine, the Chechens’ calls of “Allahu akbar,” or “God is great,” are said to strike fear in the hearts of the Russians.

In the interview, the Chechen commander said his men liked to fight with little protective gear. “This is the way we look at it,” he said. “We believe in God, so we don’t need armored vests.”

In the interview at the restaurant, a steakhouse and favorite haunt of Right Sector, the Chechen said he was about 45, had fought against Russia in both Chechen wars and had seen a good deal of violence. When he talks about combat, his eyes grow dark and inscrutable.

For the Ukrainians, the decision to quietly open the front to figures like the Chechen — who are making their way here from Europe and Central Asia — has brought some battle-hardened men to their side. The Chechen had been living in France, and he founded the Chechen battalions last fall along with Isa Musayev, an émigré from Chechnya who had been living in Denmark.

Mr. Musayev, the Chechen said, had received approval from senior members of the Ukrainian government, but “there were no documents, nothing was written,” he said, adding that Mr. Musayev was killed in fighting in February.

Though religious, the Chechen groups in eastern Ukraine are believed to adhere to a more nationalist strain of the Chechen separatist movement, according to Ekaterina Sikorianskaia, an expert on Chechnya with the International Crisis Group.

Not everyone is convinced. The French authorities, on edge over Islamic extremism in immigrant communities, detained two members of the Sheikh Mansur battalion this year on accusations of belonging to the extremist group Islamic State, the Chechen said. He denied that the two were members of the group.

“All of Europe is shaking with fear of the Russians,” he said. “It’s beneficial for Europe that we fight here as volunteers. But not everybody understands.” 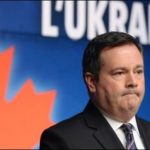 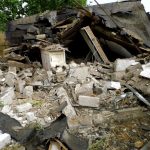