New survey of Ukrainians: More than half say country is headed in ‘wrong direction’ 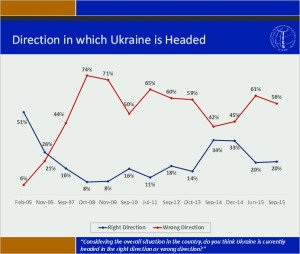 The International Foundation for Electoral Systems has published a survey of 1,558 Ukrainians conducted in September 2015. The survey is titled ‘Two years after Maidan: Ukrainians [are] committed to democracy, disappointed with unmet aspirations’. The 28-page survey was funded by USAID and can be read here.

The survey does not include residents of the people’s republics of Donetsk and Lugansk.

Here are some results from the survey: 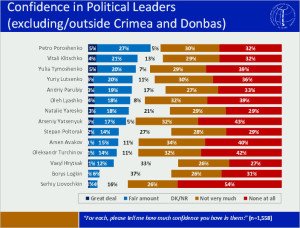