New Revelations on Germ Warfare: It’s Time for a Reckoning with Our History from the Korean War 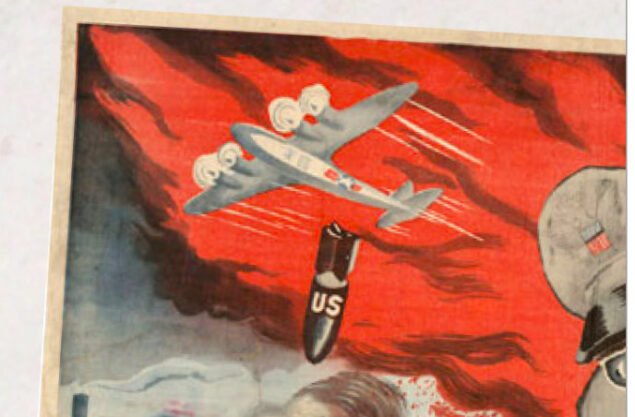 “The New York Times, which for years has maintained that U.S. airmen’s statements about use of biological weapons during the Korean War were “false confessions” obtained by Chinese and North Korean torture, never acknowledged the following submission sent to its opinion section in November 2020. I am publishing the article instead at CounterPunch, which is not afraid of uncomfortable truths.”

It’s been 70 years since the beginning of the Korean War. For young adults in their twenties today, that’s ancient history. It is as distant to them as the 1905 Russo-Japanese War was to me when I was 20 years old! But in both China and North Korea, the memory of the Korean War and charges of war crimes against America from that war remain a vivid part of the national consciousness, stoked at various times by the regimes in charge. 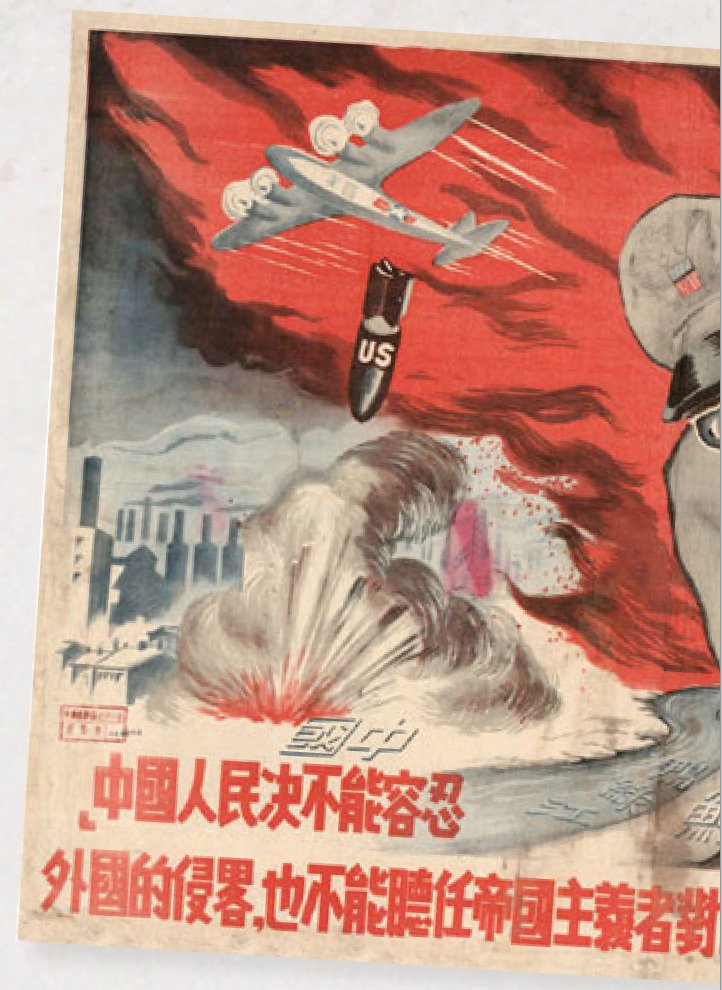 The North Korean and Chinese allegations of American use of biological weapons during the Korean War made headlines at the time, and the controversy over U.S. Air Force officers admitting under enemy interrogation details of germ warfare attacks rocked the U.S. defense establishment. In 1998, scholars connected to the Cold War International History Project (CWIHP) at the Wilson Center published documents that they claimed showed the germ warfare charges were a hoax, “a grand piece of political theater,” as Milton Leitenberg, Senior Research Fellow at the Center for International and Security Studies at the University of Maryland, notably put it.

But in 2010, the CIA declassified hundreds of communications intelligence, or COMINT, daily reports from the Korean War. U.S. historians have mostly ignored this release. Over the past few years, I have undertaken an examination of these documents and found more than two dozen that were pertinent to the biological warfare charges. As I demonstrated in a September 2020 essay on the topic at Medium.com, these documents vividly portray the reactions and responses of North Korean and Chinese military units responding to biological weapons attack.

What follows are some samples from the entire batch of reports. The grammar and syntax can seem off at times, as the U.S. military and CIA lacked experienced linguists during this period.

Relying on information from the codebreakers at the Armed Forces Security Agency, the predecessor of today’s National Security Agency, a top-secret March 6 CIA report read, “An unidentified Chinese Communist unit on 26 February reported that ‘yesterday it was discovered that in our bivouac area there was a real flood of bacteria and germs from a plane by the enemy. Please supply us immediately with an issue of DDT that we may combat this menace, stop the spread of this plague, and eliminate all bacteria.’”

Another CIA report stated that on 3 March a “North Korean coastal security unit in eastern Korea reported… that UN bacteriological warfare agents in the surrounding area had prevented the movement of transportation since 21 February. Later in the day the unit reported to Pyongyang that ‘Pupyong (just southwest of Hamhung)… is the contaminated area. According to the correct news, no one can pass through it. If you do not act quickly, the 12th and 13th guard stations will have fallen into starvation conditions.’” [Parenthesis in original]

Then we have the following from a 6 March report: “Two coastal security stations in northeastern Korea reported on 11 March that ‘the bacteria bomb classified as mosquito, fly, and flea were dispersed,’ and ‘an enemy plane dropped ants, fleas, mosquitos, flies and crickets.’” The emphasis on insects reminds us that the Communists alleged at the time that the U.S. was working secretly with the former scientists of Japan’s Unit 731, who experimented extensively with the use of insect vectors in germ warfare. During this period and for years afterward, the U.S. falsely denied that Japan’s scientists had committed war crimes and attacked China with biological weapons during World War II.

According to a 21 March CIA COMINT report, “a North Korean message, probably from the 23rd Brigade in western Korea, reports the alleged dropping of bacteria in the area occupied by the ‘18th Regiment, 4th Division.’”

A 9 May report: ‘They dropped spiders and ants over Songjin city… today,’ a North Korean coastal security station in northeastern Korea reported…. The message continues that the alleged drop area has been isolated and is being investigated by ‘the plague prevention work committee.’”

Not all the reports verified the use of bacterial weapons. In a 25 March intercept from a North Korean battalion in the Hamhung area, a North Korean military sanitation officer, sent to affirm a supposed biological warfare attack “reported that the policeman’s report was false and that the flies ‘were not caused from bacterial weapon but from the fertilizers on the place.’” In other words, not only were the attacks not a hoax, but Communist officials examined such reports from the field on the spot and noted cases where the accusations were mistaken, or found in some cases that no insects carried infectious material.

As Milton Leitenberg stated in a 2016 essay, which otherwise maintained the germ war allegations were untrue, the charges themselves remain 70 years after the fact “an issue of great importance to those concerned with arms control and allegations of the use of Weapons of Mass Destruction.” He was right. This alleged war crime is of high importance, and achieving peace with nuclear-armed China and North Korea depends, in part, on being honest about past transgressions of the United States against those countries.

Both the alleged Soviet documents presented back in 1998 by Mr. Leitenberg and scholar Kathryn Weathersby, and also a later purported memoir by Chinese doctor Wu Zhili, which also alleged falsification of the BW evidence, cannot withstand the failure of those documents, whose provenance has always been obscure, to withstand independent corroboration by external sources of information, not least, from the CIA COMINT documents themselves.

The Leitenberg/Weathersby documents allege that Communist in-fighting over the BW “hoax” led to a cessation of Communist charges of germ warfare by early 1953. But that’s not true. The charges continued throughout 1953 (as this New York Times article described) and for long afterward. Even more telling, the CWIHP documents failed to tell a coherent story, moving around the date of the alleged falsification of BW attack sites from before to then after an international team of investigators arrived to examine the charges. The date is crucial because the time to organize a large-scale deception — one that would involve hundreds of eyewitness reports given to investigators, the collection of bomb fragments, the testing materials and samples from alleged bacterial attack, etc. — would take some time, if it could be successfully done at all.

There were other problems with the CWIHP documents, which only document from two to four sites of simulated biowarfare attack. But two investigation commissions documented dozens of sites of infection following U.S. air drops of contaminated insects, feathers, and other materials. Neither Mr. Leitenberg nor Ms. Weathersby has ever explained that issue, except to surmise that there may be documents that have yet to surface. In any case, the old fraud accusations seem moot now that we have evidence of Communist military units during the Korean War responding privately to each other regarding the vicissitudes of biological weapons attack.

Wherever the long denials of U.S. use of biological weapons during the Korean War may have originated, and no matter what the authority behind them, the denials fade away in the face of new unassailable documentation from U.S. government records of germ warfare attacks against North Korean and Chinese military units. The question now is how will U.S. historians, political scientists, the press, and the public respond to this turnabout regarding the old germ war charges. 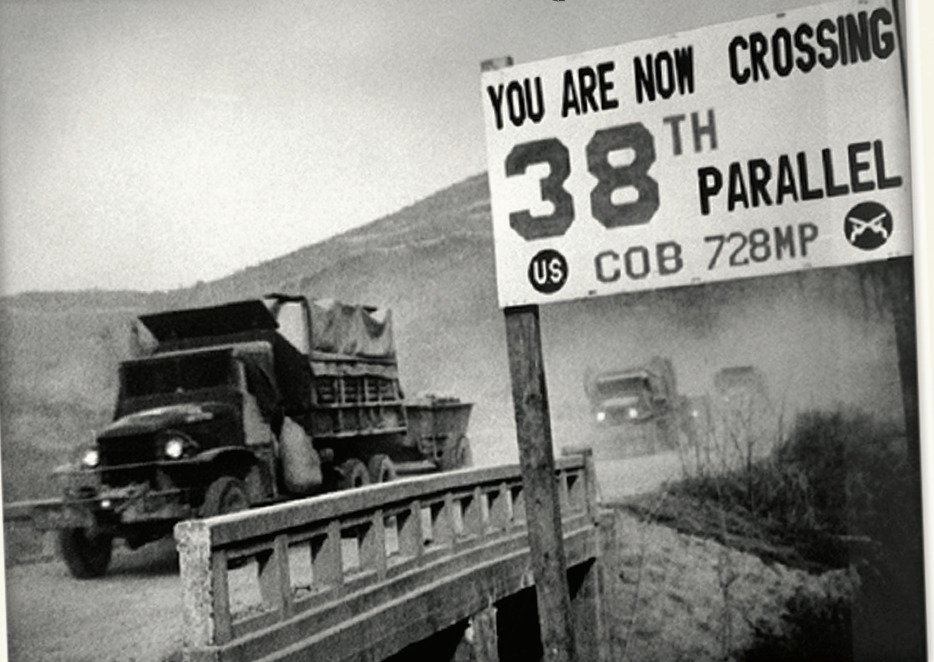 The U.S. record regarding the acknowledgment of atrocities during the Korean War is poor. In January 2001, President Clinton did issue a statement expressing “regret” for American killings in July 1950 of hundreds of unarmed South Korean civilians at No Gun Ri. As the New York Times noted at the time, Clinton’s “statement fell short of the apology many Koreans have demanded.”

It is time for a reckoning with our past. If we expect change in China and North Korea, then there must be change in the United States. Author Nicolson Baker has recently called for the declassification of all records from the Korean War. Perhaps a President Joe Biden administration will consider revising a policy that has not worked for decades, and as part of a general peace offensive in the region, finally admit American responsibility for its actions, including use of biological weapons. With such an admission, the U.S. could then call for a turning of the page and a new day of openness and peaceful coexistence in East Asia.

Jeffrey Kaye is a psychologist (retired), blogger, and author of “Cover-up at Guantanamo”