By Ivan Katchanovski, published on his Facebook page, May 21, 2015

A new report by Euromaidan SOS and lawyers of killed protesters [58 pages] contains striking new information that the government investigation determined that Oleh Ushnevych, Yevhen Kotliar, and Oleksander Khrapachenko were likely killed from the Hotel Ukraina [controlled by the Euromaidan forces] and that they were not in the Berkut [police] firing zone. While the Council of Europe report contained information that at least three protesters were likely killed from this hotel, the striking information about their names and the Berkut line of fire is only revealed in the May 18th report, which also concludes that the government investigation is ineffective and is stonewalled (p. 9).

The newly revealed information confirms my analysis and provides a de facto acknowledgment by the government investigation and the Maidan protesters lawyers that the official investigation is falsified and that the Ukrainian and the Western media misrepresented the massacre. My study, based on numerous videos and other sources, shows that at least twenty two protesters total were killed in the same circumstances in the same areas and about the same time as these three protesters. Ukrainian and Western media, which tend uncritically and unprofessionally to rely on the government and Maidan sources, have not reported this bombshell coming from the same sources. 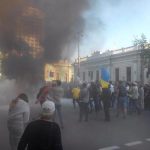 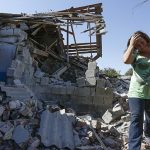