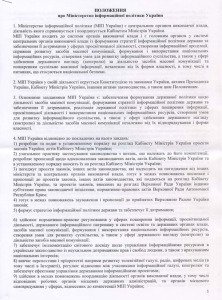 On December 3, the Ukrainian television network Telekritica published a news report on the draconian measures proposed by the Kyiv government to restrict freedom of the press, of expression and of  information. Below is a translation of that news report.

The measures are proposed by Yuri Stec, minister of a soon-to-be-created ‘Ministry of Information Policy’.

Telekritica‘s report is drawn from a roundtable discussion of the proposals organized by Stec on Dec. 3 at the news and propaganda center of the Kyiv government called the ‘Ukrainian Crisis Media Center’ (photo below). The headline of the Media Center report on the roundtable is, ‘Lawmakers, journalists and experts do not support the idea of the creation of the Ministry of Information Policy of Ukraine’.

The resrictions proposed by Stec and the government are six pages long. Telekritica‘s news report summarizes those measures and it publishes a facsilile of the six pages, which are written in Ukrainian language. 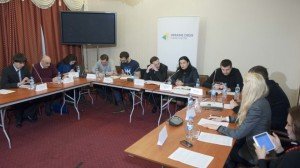 Newly appointed Minister of Information Policy Yuri Stec has presented draft policy of the the Ministry of Information soon to be created. He spoke today at a round table discussion he organized at the “Ukrainian Crisis Media Center”

A number of items in this document involve interference in professional activities of journalists. This drew the attention of journalists, media experts and Rada deputies attending the roundtable. In particular, they noted the proposed main tasks of the Ministry will include state supervision (control) of the media, regardless of their status and ownership.

Measures the Ministry is expected to undertake include:

– Lead the State Register of the media;

– Prevent causing damage to citizens of Ukraine by incomplete, untimely and unreliable information and manipulative use of information technology;

– Develop and approve standards of the profession in the field of media and information;

– Conduct a special audit of people who apply for public office;

– Ensure freedom of speech in Ukraine.

Mr Stec said… “Had we established the Ministry of Information Policy [before this year], then we might not have lost the fight over information [with Russia] and not lost the people in Crimea and in the occupied territories of Donbass”.

According to Mr. Stec, in June 2014, debate on the feasibility of creating a distinct institution to take care of public information policy was renewed. “We had a discussion between the government and my colleagues on the feasibility of establishing such an institution. These discussions continued until the election of the new parliament. The proposal was incorporated yesterday on the vote for a new Ukrainian government “, he said.

In the process of creating draft policy and regulations, Minister Stec recalled the wartime experiences of Britain, France, Israel and the United States. “The creation of the Ministry by myself and my colleagues is drawn from the experiences that prompted the UK and France to create similar ministries in 1938 before World War II. The experience of these countries and also how it worked in Israel was taken into account in created our policy”, he said.

Mr. Stec spoke of the discussons to take place about the draft regulations. “I plan meetings and roundtables this weekend with representatives of non-governmental organizations, foreign partners and media managers. Only after discussions and hearing from them will I will make proposals to the Cabinet of Ministers for the guidelines of the Ministry of Information policy”.

Mr. Stec also said that the Ministry of Information Policy will have three departments. They will work on information policy, information security and internal communications between authorities.

Recall that on December 2, there were 288 votes in the Rada in favour of the new Cabinet of Ministers of Ukraine. Yuri Stec from the ‘Poroshenko Bloc’ was appointed as Minister of Information Policy. The ministry has yet to be formally constituted.

See also:
Ukraine just created its own version of Orwell’s ‘Ministry of Truth’, by Christopher Miller, published on Mashable, Dec. 2, 2014 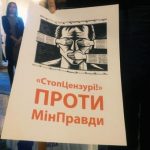 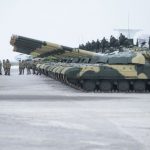