Environmental catastrophe is threatened in Donbass if Kyiv continues to shell region, DAN News, May 3, 2017

Greece will avoid default after bailout deal – but faces more austerity, by Helena Smith, The Guardian, May 2, 2017 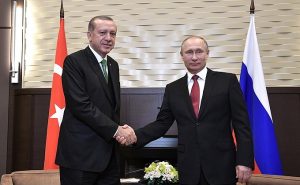 Presidents Erdogan and Putin meet in Sochi, Russia on May 3, 2017 (photo on website of the President of Russia)

Turkish authorities denied its citizens access to Wikipedia, and on the same day, US troops began to deploy along the Turkey-Syria border to prevent Turkey’s military from attacking the Kurdish People’s Protection Units (YPG), the main US ally in Syria against the Islamic State (IS). There is no correlation between the two developments, but the irony is there: Turkey is keeping the West out, just as the West is keeping Turkey in…

The prisoners’ revolt in occupied Palestine, by Ramzy Baroud, CounterPunch, May 3, 2017

Seven countries abstained from voting to appoint Saudi Arabia to the UN Commission on the Status of Women (CSW), with the absence of a ‘no’ option, the Swedish Foreign Ministry has revealed. The vote for membership in the CSW was held on April 19, leading to Saudi Arabia joining the 45-member body. Seven states abstained while another 47 voted ‘yes’ at the UN’s Economic and Social Council (ECOSOC), the Swedish Foreign Ministry told local media…

The Trump administration is full of mind-boggling conflicts of interest, by Nomi Prints, The Nation, May 2, 2017

Donald Trump reads sinister poem about snake biting its host – and dedicates it to anti-immigration police, by Samuel Osborne, The Independent, May 1, 2017

Obama gets paid, by Margaret Kimberley, published on her ‘Freedom Rider’ blog on Black Agenda Report, May 2, 2017

The leading Keynesian bloggers have been discussing the causes of inequality again.  In particular, they have highlighted the apparent decline in labour’s share of national income in most advanced capitalist economies since the early 1980s.

According to an ILO report, in 16 developed economies, labour took a 75% share of national income in the mid-1970s, but this dropped to 65% in the years just before the economic crisis. It rose in 2008 and 2009 – but only because national income itself shrank in those years – before resuming its downward course. Even in China, where wages have tripled over the past decade, workers’ share of the national income has gone down…

Japan’s anti-war constitution to be debated as North Korea tensions rise, by Michael Walsh, ABC.net.au, May 2, 2017

The astounding transformation of the Arctic before our very eyes continues. Yet another month has passed with record low sea ice. This April merely tied April 2016 for the lowest extent on record, but it’s hardly reason to celebrate. The Arctic was missing 394,000 square miles of ice, with each day setting a record low or within 36,000 square miles of setting one.

That’s a sickly sign of the changes hitting the region. Temperatures averaged up to 14°F above normal in part of the Arctic last month, fueling the melt season. Scientists at the National Snow and Ice Data Center said the rate of ice loss was about average…

Humans better at rapid change than we think, by Alex Kirby, Climate News Network, May 3, 2017

A new study provides evidence that humans are capable of radically altering the world around us, and offers hope in the face of climate change

Global warming has raised global sea level about 8 inches since 1880, and the rate of rise is accelerating. Rising seas dramatically increase the odds of damaging floods from storm surges. A Climate Central analysis finds the odds of “century” or worse floods occurring by 2030 are on track to double or more, over widespread areas of the U.S. These increases threaten an enormous amount of damage. Across the country, nearly 5 million people live in 2.6 million homes at less than 4 feet above high tide — a level lower than the century flood line for most locations analyzed. And compounding this risk, scientists expect roughly 2 to 7 more feet of sea level rise this century — a lot depending upon how much more heat-trapping pollution humanity puts into the sky.

Search or navigate our interactive tools to see maps of areas below different amounts of sea level rise and flooding, down to neighborhood scale, matched with area timelines of risk. The tool also provides statistics of population, homes and land affected by city, county and state, plus links to factsheets, data downloads, action plans, embeddable widgets, and more. 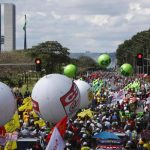 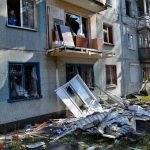