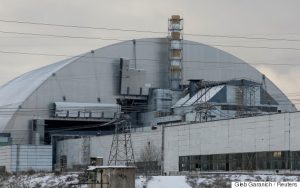 As Canada prepares to send troops to Latvia, not everybody in the country is ready to welcome them, by Dylan C. Robertson, special to National Post, Dec 1, 2016  [This article provides interesting insight into the country Latvia, notwithstanding the writer’s repetition of familiar anti-Russia prejudices, . It is one of four countries in eastern Europe targetted by NATO with placement of four “combat brigades” along the Russia border in eastern Europe. Canada has stepped forward to coordinate the NATO occupation brigade in  Latvia, beginning in 2018.]

The Turkish government has arrested a total of 45 co-mayors from the pro-Kurdish Democratic Regions Party (DBP) in the past couple of weeks and has seized the administration of 35 municipalities, replacing 38 Kurdish mayors in eastern Turkey.

The Unity for Democracy Initiative, which was established by a group of Turkish intellectuals, has decided to launch a nationwide campaign to ask for the termination of the state of emergency or OHAL, which was declared in the aftermath of a failed coup attempt on July 15…

Amnesty International: 500,000 Kurds displaced in Turkey’s Southeast due to curfews, crackdown, [see the report as posted to New Cold War.org]

United States:
James Mattis is a war criminal: I experienced his attack on Fallujah firsthand, by Dahr Jamail, Truthout.org, Dec 6, 2016  [Retired Marine Corps General James Mattis is epxected to be nominated by Donald Trump as secretary of defense]

Donald Trump’s threat to the Constitution, by Evan McMullin, op-ed published in The New York Times, Dec 5, 2016  [Evan McMullin is a member of the Republican Party and ran for president of the United States. He received app. 600,000 votes, including 21.5% of the vote in Utah.]

‘We cannot allow Mr. Trump to normalize the idea that he is the ultimate arbiter of our rights. Those who can will need to speak out boldly and suffer possible retaliation.’

A Republican presidential elector has become the first to announce that he intends to defect from Donald Trump when he casts his vote as part of the electoral college, vowing to try and block the president-elect from reaching the White House. Writing in the New York Times, Christopher Suprun has declared that he will break ranks with his fellow Republican electors in Texas and cast his vote for a GOP candidate whom he deems to be more fit for highest office…

The Mafia State, by Chris Hedges, published in his weekly column on Truthdig, Dec 4, 2016

Looking back at the 1971 Attica prison uprising and the ‘poisoning’ of the U.S. penal system, episode of the weekly ‘On Contact’ program on RT America, Dec 4, 2016, with host Chris Hedges and guest Heather Ann Thompson, author of the newly published Blood In The Water: The Attica Prison Uprising of 1971 and Its Legacy

I am a dangerous professor, op-ed by George Yancy addressing ‘Professor Watchlist’, published in the New York Times, Nov 30, 2016

Science and the public interest: An open letter to President-Elect Trump and the 115th Congress, issued by the Union of Concerned Scientists, Nov 30, 2016

Cuba archive on New Cold War.org:
There is an ever-growing archive of articles on New Cold War.org analyzing Cuba’s past, present and future. The archive includes extensive coverage of the passing of Fidel Castro on November 25, 2016. Go to the ‘Cuba’ category page on the main website page.

New Cold War.org Information Bulletin is posted daily to the New Cold War.org website and is emailed in newsletter format to website subscribers on Monday to Friday, occasionally on Saturday. As of Nov 22, 2016, the ‘search’ function on the website will be needed by readers to find items by published title or author. Articles that are published exclusively on New Cold War.org will continue to be published in their entirety and tagged in the relevant subject category. As well, articles from other publications will occasionally be re-posted here in their entirety, tagged by category and as ‘editor pick’. As always, the weblink to the original source will be provided. Comments in square brackets [ ] are those of New Cold War.org editors. Comments and suggestions welcome; find email address under ‘Contact’ on main website page.