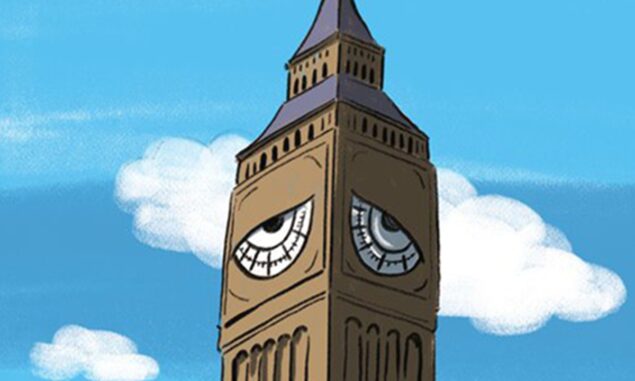 The G7 summit held in Cornwall, the first visit abroad as president by Joe Biden, was surrounded by a number of grand declarations. These included the signing of a new “Atlantic Charter” between the US and Britain – named after the agreement between President Franklin D. Roosevelt and Prime Minister Winston Churchill in August 1941.

The G7 summit held in Cornwall, the first visit abroad as president by Joe Biden, was surrounded by a number of grand declarations. These included the signing of a new “Atlantic Charter” between the US and Britain – named after the agreement between President Franklin D. Roosevelt and Prime Minister Winston Churchill in August 1941.

The original Atlantic Charter was a document of great significance with major practical consequences. It was the formalization of the US-British alliance for World War II, laying down what became the US and Britain’s war goals. Its principles prefigured key institutions for the post-WWII order in creating the United Nations and establishing the General Agreement on Tariffs and Trade – which became the World Trade Organisation. This Atlantic Charter also provided a template for US-British cooperation in the Cold War which started post-WWII.

The name “New Atlantic Charter” was likely chosen because British Prime Minister Boris Johnson is author of a book The Churchill Factor: How One Man Made History and he wished to try to make a comparison of his own initiatives to the undoubtedly historically significant ones of his predecessor. Not only the name but even the form of the “New Atlantic Charter” deliberately chose to resemble the original Charter – both have precisely eight numbered points.

But immediately the content of the Charter and its historical context is examined, its hollow bombast becomes evident. Indeed, it might be taken as a list of hypocritical statements by the US and British governments.

Taking points in the Charter in order: “First, we resolve to defend the principles, values, and institutions of democracy and open societies.” This is entirely false. The US and UK support numerous anti-democratic regimes. The US, and the well documented activity of the CIA and other US agencies, are the greatest instigator of coup d’etats and similar anti-democratic activities in the world – as numerous countries such as Chile, Iran, Bolivia and others bear witness.

The Charter then declares: “Third, we remain united behind the principles of sovereignty, territorial integrity, and the peaceful resolution of disputes. We oppose interference through disinformation or other malign influences.” In fact, as is publicly documented, the US is by far the world’s biggest interferer in the internal affairs of other countries – particularly active recently in Hong Kong and Xinjiang.

Going beyond this list of false formal declarations, the real character of the Charter is then revealed by looking at the context of its signing. In 1941, when the original Atlantic Charter was signed, Britain was still ruler of the world’s largest Empire. It was, when WWII concluded, one of three greatest powers in the world with the US and the Soviet Union.

Britain today has lost its Empire and in real terms its economy is only the world’ 10th largest – smaller than not only the US, China and Russia, but also India, Germany, Japan, France, Brazil and Indonesia. Britain also recently exited from the European Union, thereby ending its role as a valuable agent for the US within the EU – regarding which Biden has made no secret of his displeasure.

Britain, from one of the world’s great powers in 1941, has become a somewhat isolated medium-sized power. The US, which makes realistic estimates, undoubtedly regards its relations with Britain as less significant than with a series of other countries and blocs – China, the EU, Japan, Russia, Germany and India to take only the most obvious. It costs the US nothing to flatter the ego of Britain’s government by recalling in words the original truly significant Atlantic Charter but the US is quite realistic enough not to take such inflated rhetoric seriously.

Examining the real situation, the actual content of the Charter is therefore the following. The Johnson government, after Brexit, has decided to attempt to make up for powerlessness in relation to the US by attempting to gain favour by supine agreement to US demands even when these are against the interests of the British people and the British economy. In particular, this means agreement to the US “cold war” against China. This is the real content of its supposed strategy of “Global Britain.”

The first manifestation of this policy was the British government changing its previous position, under US pressure, to prevent Huawei participating in the development of Britain’s 5G system – thereby raising the price of telecommunications for the British people. This was followed by attempts to interfere in China’s internal affairs in Hong Kong. Now the British government has announced it is sending an aircraft carrier to the Pacific – with the threat of it entering the South China Sea.

The real purpose of Biden at the G7 summit was summarized by Rafael Behr in the British Guardian: “He is not flying across the Atlantic to wallow in nostalgia for the alliances… [of] the first cold war. He is drumming up recruits for the second one.” The original Atlantic Charter was a genuinely historically important document. Due to Britain’s decline, the grandiosely titled “New Atlantic Charter” will have no significance compared to the original. It merely registers the British government, due to US pressure, acting against the interests of the British economy and the British people.

John Ross is a senior fellow at the Chongyang Institute for Financial Studies, Renmin University of China. He was formerly Director of Economic Policy for the Mayor of London. [email protected]