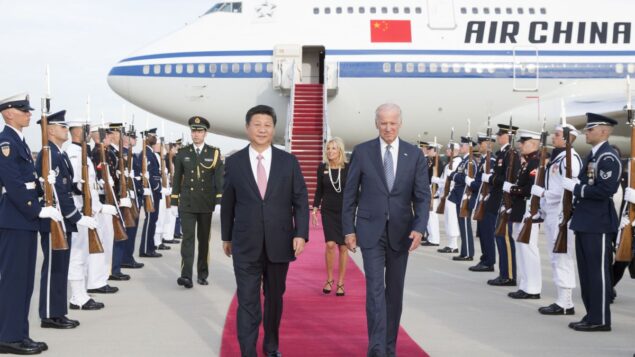 Chinese President Xi Jinping and his wife Peng Liyuan are welcomed by then-US Vice President Joe Biden and his wife at Andrews Air Force Base in Washington D.C. in 2015.

Radhika Desai and John Ross discuss how, as the contest between the US and China continues to define the geopolitical terrain of the 21st century, the Western left must grapple with some tough questions.

The Trump administration’s frequent antagonism toward China ushered in what many analysts have called a “new Cold War” between the two world powers. Rather than reverse course, President Biden has committed to thrusting the US further into a world-historical contest with China, declaring in his first speech to Congress in April, “We’re in a competition with China and other countries to win the 21st century.”

While it is clear that the relationship between the US and China will come to define the geopolitical terrain for decades to come, many among the Western left are unsure about what their own positions and responsibilities should be. As the slogan “Neither Washington nor Beijing!” continues to gain traction, it is important for leftists to critically assess what they know and don’t know about China. TRNN contributor Radhika Desai speaks with John Ross, senior fellow at Chongyang Institute for Financial Studies, Renmin University of China, whose most recent book, China’s Great Road, is published with 1804 Books. 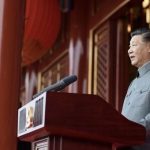 China pulls itself out of poverty 100 years into its RevolutionChina, Communist Party of China 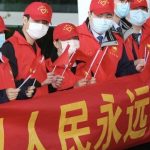