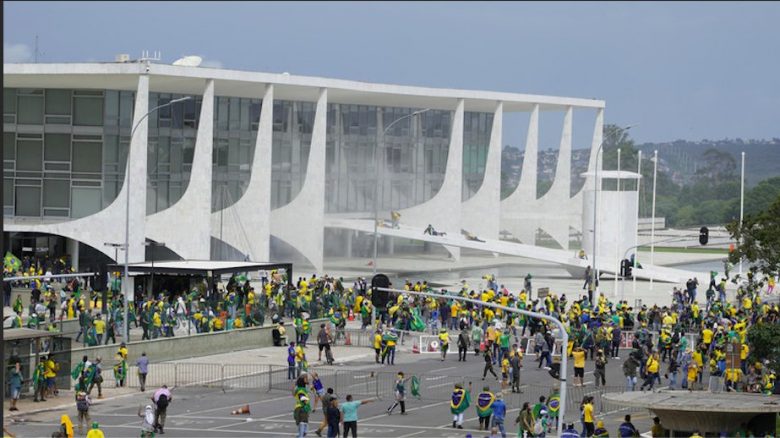 World leaders express their solidarity with President Luiz Inacio Lula da Silva’s government following the president’s declaration of a state of emergency in the Federal District of Brasilia on Sunday after thousands of supporters of his right-wing predecessor, Jair Bolsonaro, overran Congress, the Supreme Court and the presidential palace.
________________________

The newly inaugurated Brazilian President, Luiz Inacio Lula da Silva, declared a state of emergency in the Federal District of Brasilia on Sunday after thousands of supporters of his right-wing predecessor, Jair Bolsonaro, overran Congress, the Supreme Court and the presidential Planalto Palace.

The leftist leader denounced the demonstrators as “vandals and fascists,” accusing Bolsonaro of filling their heads with extremism, and vowed to make those responsible for the chaos “pay with the force of the law,” while pledging to get to the bottom of “who are the financiers” of the unrest.

Security forces have so far detained at least 300 people for storming the government buildings, and other crimes allegedly committed during the riot, according to police.

The president of Colombia, Gustavo Petro, was among the first regional leaders to address the crisis he dubbed an attempted coup.

“Fascism decides to carry out a coup. The right wing has not been able to maintain the non-violence pact,” he tweeted on Sunday, calling on the Organization of American States to prove its relevance and hold an urgent meeting.

President Alberto Fernandez of Argentina, meanwhile, declared that his nation stands “together with the Brazilian people to defend democracy and never again allow the return of the coup ghosts promoted by the right.”

“I put the member countries on alert so that we unite in this unacceptable anti-democratic reaction that is trying to be imposed in Brazil,” he added in his role as rotating president of two other regional organizations, the Community of Latin American and Caribbean States and the Southern Common Market.

Mexican President Andres Manuel Lopez Obrador also described the chaos as a “reprehensible and anti-democratic coup attempt,” accusing the “leaders of oligarchic power, its spokespersons and fanatics” of inciting the unrest.

Chilean president Gabriel Boric slammed the incident as a “cowardly and vile attack on democracy,” also expressing full support for the government of Brazil.

Bolsonaro supporters remove chairs from the ransacked Supreme Court building. "This is the chair of [Justice Alexandre de Moraes]," they celebrate. pic.twitter.com/XoIhSI1Blk

Venezuelan leader Nicolas Maduro expressed confidence that the Brazilian people “will surely mobilize in defense of peace and their president,” blaming the violence on “Bolsonaro’s neo-fascist groups.”

Havana also expressed solidarity with its “sister nation,” with Cuban President Miguel Díaz-Canel condemning the “violent and undemocratic acts that occur in Brazil, with the aim of generating chaos and disrespecting the popular will.”

Ecuador’s Foreign Ministry condemned the violence as an attack “against the institutional framework in Brazil” and reaffirmed the country’s “unrestricted support for democracy and the legitimately elected government.”

The US also issued a brief comment on the events unfolding in the South American neighbor, with Secretary of State Antony Blinken saying that “using violence to attack democratic institutions is always unacceptable.” White House National Security Advisor Jake Sullivan added that President Joe Biden “is following the situation closely and our support for Brazil’s democratic institutions is unwavering.” 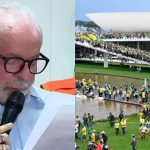 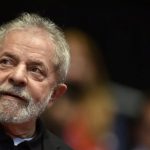