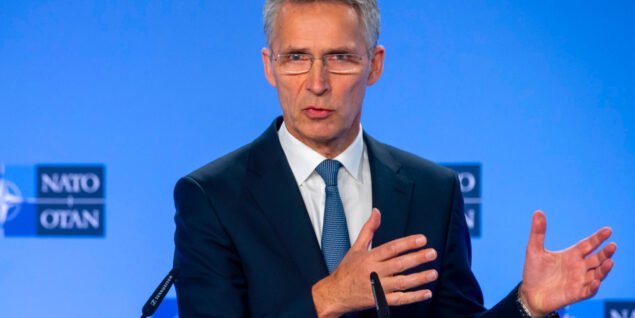 NATO Secretary General Jens Stoltenberg (NATO/Flickr/Creative Commons) [cropped]
Just when the alliance needs to be deescalating the situation with Russia over Ukraine, he’s been throwing kerosene on the flames.

Twice in the last two weeks, NATO Secretary-General Jens Stoltenberg has made public comments that threaten to worsen already strained relations between Russia and the alliance.

Instead of calming things down, Stoltenberg has been carelessly ratcheting up tensions over nuclear weapons in Europe and the conflict in Ukraine. At exactly the moment when the U.S. and NATO need to be working to deescalate the situation with Russia over Ukraine, the top official in NATO has been throwing kerosene on the flames.

While he was urging the new German coalition government to continue hosting U.S. tactical nuclear weapons, Stoltenberg made the dangerous suggestion that the weapons could end up with NATO members to the east of Germany: “So, of course, Germany can, of course, decide whether there will be nuclear weapons in your country, but the alternative is that we easily end up with nuclear weapons in other countries in Europe, also to the east of Germany.” Raising the possibility of moving these weapons closer to Russia was bound to elicit a sharply negative reaction, and that is what happened.

Stoltenberg’s remarks prompted immediate outrage in Moscow, and it ledthe Belarusian leader Alexander Lukashenko to announce this week that Belarus would welcome Russian nuclear weapons to its territory in response to any NATO redeployment to the east. Stoltenberg’s warning may have been intended for Berlin, but it had its greatest and most destabilizing impact in Moscow and Minsk. At a time when the Russian government already perceives a growing threat coming from the West, talking about moving nuclear weapons into eastern Europe was a serious mistake.

It is worth noting that the continued presence of U.S. nuclear weapons in Europe serves no real purpose. As Global Zero’s Derek Johnson has pointed out, these weapons are a relic of the Cold War and they were originally deployed to be used against countries that are now members of NATO. In any event, the new German government still supports nuclear sharing, so the weapons stored in Germany won’t be going anywhere in the near future. Nonetheless, conjuring up the specter of American nuclear weapons moving closer to Russia was enough to further sour relations. Coming on the heels of the breakdown in NATO-Russian relations that began with the expulsion of Russian diplomats in October, this could only serve to deepen mistrust between Russia and the alliance.

Stoltenberg also repeated the standard NATO line that Russia has no part in decisions about alliance expansion: “Russia has no veto, Russia has no say, and Russia has no right to establish a sphere of influence trying to control their neighbors.” Since Russia has already demonstrated its ability to thwart at least one aspirant state’s ambitions to join the alliance, the Secretary-General’s platitudes seemed almost as if he were trying to dare Moscow into taking more aggressive action. The U.S. and NATO may not like it, and it may not be the way that we want things to be, but the fact is that Russia absolutely does have a veto in practice over which of its neighbors become members of an anti-Russian military alliance. We already know that the Russian government will exercise that veto. The Secretary-General’s saying that Russia has no say is practically an invitation to Putin to prove him wrong.

Whether NATO officials agree with the assessment or not, the Russian government views NATO as the principal military threat to their country. Given the Russian experience of suffering devastating attacks from the west several times over the last two hundred years, their leaders have naturally been wary of the eastward expansion of the alliance, and they have made it very clear that they consider further advances to be intolerable. NATO’s “open door” to Ukraine and Georgia may seem like so much boilerplate rhetoric to Western officials, but it needlessly antagonizes Russia while offering these countries false hope of alliance membership that will likely never materialize. Stoltenberg’s latest remarks will likely have the same effect of angering Russia while giving the Ukrainian government the mistaken impression that their future entry into the alliance is guaranteed. One could hardly ask for a message more likely to promote misunderstanding and miscalculation.

It is not a coincidence that heightened tensions between Russia and Ukraine have been preceded by Kyiv’s frequent agitation for a Membership Action Plan over the last year and the Biden administration’s endorsement of Ukraine and Georgia’s future alliance membership in recent months. The Biden administration’s professions of “ironclad” and “unwavering” commitment to Ukraine have similarly been as unhelpful as they are hard to believe. While these statements of support are meant to discourage Russia from taking aggressive actions, it is the close military relationship between Ukraine and Western governments that so alarms Russia and provokes the behavior that these statements are supposed to deter. The more that the U.S. and its allies emphasize their commitment to Ukraine, the more that Moscow is liable to perceive Ukraine’s cooperation with Western governments as a threat.

Stoltenberg’s statement that Russia “has no right to establish a sphere of influence” is true but also irrelevant to the issues at hand. No state has ever had a “right” to establish a sphere of influence, but many states, including the United States, have had them all the same. All states in theory have the right to conduct their foreign policy however they see fit, but if a country chooses to align itself with its neighbor’s major power rival then that neighbor is bound to view this choice as a potential threat to its own security. When that country then builds up a military relationship with that rival and its allies, that will seem to be an even greater threat. That is how the Russian government views the intensifying military cooperation between Ukraine and Western governments.

The way out of this deteriorating situation is to scale back the confrontational rhetoric, rescind the empty promises of future NATO membership, and recognize how U.S. and NATO actions have fed into Russian threat perceptions. Secretary-General Stoltenberg has chosen to go in the opposite direction. That will make it more difficult to defuse tensions with Russia.

Putin has called for “legal guarantees” that there will be no further eastward expansion of NATO, and this is a demand that the alliance could agree to without much difficulty. Closing the door to further NATO expansion would not resolve all problems with Russia, but it would remove a significant irritant from the relationship. It would also stop stringing the Ukrainian government along with a promise that was never going to be honored. Since NATO made that promise in Bucharest in 2008, it has been the cause of nothing but instability and trouble, and the alliance, the U.S., and all of Europe would be better off without it. 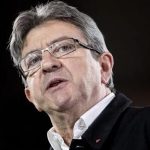 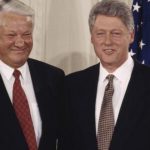 Russia is right: The West promised not to enlarge NATO & these promises were brokenNATO, Russia, War Drive