NATO is launching a new multinational force in Romania to counter Russia along its eastern flank and keep close tabs on the Russian presence in the Black Sea. The chief of the military alliance said NATO’s actions are purely “defensive and proportionate.” 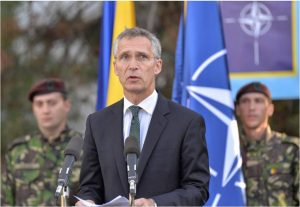 “We are also seeing increased allied presence in the Black Sea,” the alliance chief noted, adding that NATO jets are busy patrolling the skies over Romania and Bulgaria.

“Our deployments are a direct response to Russia’s aggressive actions in Ukraine,” Stoltenberg said, speaking at the NATO Parliamentary Assembly in the Romanian capital.

“NATO’s actions are defensive, proportionate and entirely in line with our international commitments,” he concluded.

Stoltenberg went on to say that members of the alliance are “concerned by Russia’s military buildup close to our borders and its lack of transparency when it comes to military exercises such as Zapad 2017. This highlights the importance of our dual-track approach to Russia,” he said.

What the alliance chief said next, however, sounded more like a mantra. “Russia is our neighbor. Russia is here to stay. We do not want to isolate Russia. NATO does not want a new Cold War. Our actions are designed to prevent, not provoke conflict.”

Details of the new force size are unclear. Once a small force relying on troops from ten NATO countries, the land, air and sea deployments will complement some 900 U.S. troops already in place, according to Reuters. It reports, “The force will initially be built around a Romanian brigade of up to 4,000 soldiers, supported by troops from nine other NATO countries, and complementing a separate deployment of 900 U.S. troops who are already in place. The plans are to include additional air and sea assets to give the force greater capabilities.”

The land component of the multinational force is stationed at a base near the southern Romanian city of Craiova. Aside from Romania, Poland is the biggest troop contributor; Bulgaria, Italy and Portugal will train with the force in Craiova, while Germany is also set to contribute. Apart from routine NATO Black Sea naval patrols, a maritime presence will feature more allied visits to Romanian and Bulgarian ports, training and exercises.

NATO’s military activities near the Russian border have been repeatedly criticized by Moscow, which has accused the alliance of undermining the security balance with its eastward encroachment and military provocations.

Russian Foreign Minister Sergey Lavrov said in a speech at the UN General Assembly in New York last month that NATO is currently seeking to revive the Cold War climate instead of building a dialogue with Moscow. Russia has long been trying to remove the legacy of the Cold War but received no support in its efforts from its partners in the West, the minister noted, expressing regret that “some countries still prefer force to dialogue.”

“The West constructed its policy on the basis of a principle, ‘If you are not with us, you are against us’ and proceeded with hideous expansion of NATO to the east,” Lavrov said.

The Russian permanent representative to NATO, Aleksandr Grushko, meanwhile noted in July that NATO activities in Eastern Europe “not only ensure a reinforced military presence of the allies in the immediate vicinity of Russia’s borders but in fact represent an intensive mastering of the potential theater of military operations.”

Last month, Russia conducted the Zapad 2017 (West 2017) military drills, which took place on the territory of Russia and Belarus. The exercises involved about 12,700 servicemen, including up to 5,500 from Russia and about 7,200 from Belarus.

The drills caused hysteria in several countries neighboring Belarus, including Ukraine, with the country’s commander-in-chief, Viktor Muzhenko, claiming in an interview with Reuters that Russia had allegedly withdrawn only a few units from Belarus.

“As for the units of Russian troops who took part in the joint strategic ‘West 2017’ exercise, they all returned to the points of permanent deployment,” Russian Defense Ministry spokesman Igor Konashenkov stated in September, adding that Muzhenko’s allegations about “hidden” Russian troops in Belarus “demonstrate the depth of the degradation of the General Staff of Ukraine and the professional incompetence of its leader.”

Russiagate is more fiction than factRussia 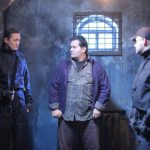 Canada follows Trump-led U.S. with new sanctions against Russia in its own ‘Magnitsky Act’Roger Annis, Russia