Armenia has finalized its accession to the Russia-led Eurasian Economic Union, an intended regional counterweight to the European Union. But while Armenian and Russian officials focus on future prosperity, some Armenian observers believe that membership in the bloc could exacerbate Armenia’s security challenges. [Armenia is to become the fourth member country of the EEE, joining Russia, Belarus and Kazakhstan.]

See below: ‘Tensions over Ukraine at CIS meeting in Belarus Oct 10′

During an Oct. 10 meeting of the Supreme Eurasian Economic Council held in Minsk, Armenian President Serzh Sargsyan confirmed that his country would be formally admitted to the Eurasian Economic Union (EEU) when it launches on Jan. 1, 2015. The Armenian government approved the draft text of the accession agreement in early October, Armenian media reported. The EEU will be an outgrowth of the existing customs union among Russia, Belarus and Kazakhstan.

Armenian political analysts greeted the accession announcement with mixed feelings, in part because the final text of the pact has not been subjected to public scrutiny. There is particular concern about the pact’s ramifications for Armenia’s relationship with the Nagorno-Karabakh territory, an enclave inhabited by ethnic Armenians who aspire to gain international recognition of their de-facto independence from Azerbaijan.

A draft released earlier this year implied that a customs post would be established between Armenia and Karabakh. Local economists say that such an economic barrier would paralyze Karabakh’s economy since the territory depends on Armenia as its primary market for its limited selection of exports.

Beyond the potential economic ramifications, many Armenians would see the establishment of a customs regime as tantamount to the cutting of cultural ties with Karabakh, an act that could leave the territory — and, consequently, Armenia itself — vulnerable to possible Azerbaijani aggression.

“Currently, we have no expectations with regard to security. We see only threats,” commented Aghasi Yenokian, director of the Armenian Center for Political and International Studies, a Yerevan-based think tank.

Over the past year, Armenian officials have said repeatedly that Armenia’s membership in the Eurasian Economic Union takes into account security guarantees for both Armenia and Karabakh, but no proof of this has been offered.

As a result, uncertainty continues to swirl around the future of the trade relationship between Armenia and Karabakh. Two of the EEU’s three members, Belarus and Kazakhstan, are on record as categorically opposed to allowing Armenia to share the bloc’s trade advantages with Karabakh, which none of the members recognize as a country independent from Azerbaijan.

In Minsk, however, Kazakh President Nursultan Nazarbayev stated that a “compromise” had been reached “on a delicate question within the borders by which Armenia will be joined to our union,” the TASS news agency reported. Details were not immediately available.

Members of the ruling Republican Party of Armenia contacted by EurasiaNet.org declined to comment on the challenges that EEU membership could pose for Armenia’s ties with Karabakh.

“There is a very complicated period awaiting us, taking into account the somewhat unfriendly attitude of the EEU to Armenia, particularly on the part of Nazarbayev and [Belarussian President Alexander] Lukashenko,” commented Styopa Safarian, director of the Armenian Institute of International and Security Affairs.

President Sargsyan, a native of Karabakh, does not, however, appear to share such worries. Congratulating Russian President Vladimir Putin on his Oct. 7 birthday, Sargsyan stated that Putin’s “consistent efforts” for a peaceful resolution of the 26-year Karabakh conflict with Azerbaijan, as well as his support for Armenia’s EEU membership, “deserve the deepest appreciation.

Opposition parties have also adopted conciliatory stances toward Russia, observers note. This fact leaves some analysts glum. To them, it means the political class is unlikely to push hard to promote Armenia’s interests within the EEU.

“The opposition and the authorities do their best not to make the Kremlin angry,” said Safarian, an analyst and former member of the opposition Heritage Party. “This situation is not encouraging at all.”

Oil-rich Azerbaijan gained independence from the Soviet Union in 1991 amid political turmoil and against a backdrop of violence in Nagorno-Karabakh.

It has been famed for its oil springs and natural gas sources since ancient times, when Zoroastrians, for whom fire is an important symbol, erected temples around burning gas vents in the ground. In the 19th century this part of the Russian empire experienced an unprecedented oil boom which attracted international investment. By the beginning of the 20th century Azerbaijan was supplying almost half of the world’s oil.

In 1994, Azerbaijan signed an oil contract worth $7.4bn with a Western consortium. Since then Western companies have invested millions in the development of the country’s oil and gas reserves. However, the economy as a whole has not benefited as much as it might have done. Continue reading the main story At a glance

Caspian oil is now flowing through a pipeline running from Baku through Georgia to the Turkish port of Ceyhan, providing western countries with ready access to a vast new source of supply. Environmental groups have protested that the cost of this benefit is unacceptable. Azerbaijan has large gas reserves too.

Azerbaijan became a member of the Council of Europe in 2001. Often accused of rampant corruption and election-rigging, ruling circles walk a tightrope between Russian and Western regional geo-strategic interests.

As the Soviet Union collapsed, the predominantly Armenian population of the Nagorno-Karabakh region stated their intention to secede from Azerbaijan. War broke out. Backed by troops and resources from Armenia proper, the Armenians of Karabakh took control of the region and surrounding territory.

In 1994 a ceasefire was signed. About one-seventh of Azerbaijan’s territory remains occupied, while 800,000 refugees and internally displaced persons are scattered around the country.

Politics: President Ilham Aliyev came to power in 2003, succeeding his father Heydar, and was re-elected in 2008 and in 2013. A two-term presidential limit was abolished in 2009. Critics accuse Mr Aliyev of heading an authoritarian regime which suppresses opposition

International: Azerbaijan and Armenia fought in the 1990s over disputed Nagorno-Karabakh; a fragile ceasefire is in place. Azerbaijan is a key transit route to Afghanistan. Relations with Iran are fractious.

Ukraine crisis leads to tensions at CIS meeting in Belarus

Bickering at the start of Friday’s meeting of the Commonwealth of Independent States (CIS) has deepened doubts about the group’s future and raised questions about Russian President Vladimir Putin’s ability to woo countries to the recently formed Eurasian Economic Union.

The CIS is a loose grouping of 11 of the 15 former Soviet republics including Ukraine. The Russia-led Eurasian Economic Union, a organization oriented toward ex-Soviet states and intended to be an economic rival to the EU, has so far struggled to sign up members and is particularly hobbled without Ukrainian membership.

“Unfortunately disintegration tendencies are growing in the Commonwealth, especially considering attempts by individual well-wishers to bury the CIS,” Belarussian President Alexander Lukashenko told the leaders, seated at a vast, ornate round table in the huge Independence Palace in the capital Minsk.

Underlining the need to end the bloodshed in Ukraine, he said: “The fighting directly affects the security and undermines the economic development of both Ukraine and the entire post-Soviet region as a whole.”

Lukashenko is a supporter of the CIS, but his warning showed the extent of the problems Putin faces trying to rebuild ties between countries that were once part of the Soviet Union but are wary of letting Moscow come to dominate them again.

Ukraine upset Moscow by deciding not to join the customs union and to deepen ties with the EU instead. Georgia and Moldova have also signed trade deals with the EU and Russia has banned imports of some Moldovan products such as wine.

“We still haven’t received any convincing arguments to explain such an embargo,” Moldovan President Nicolae Timofti told the summit in comments broadcast live on Russian television. “Unfortunately such actions undermine trust and agreements in the CIS.”

Putin hit back, saying agreements with the EU should be signed in a “timely” manner as otherwise they could damage “our own market.”

Recriminations worsened when Uzbek President Islam Karimov then spoke out against Ukrainian President Petro Poroshenko for not attending the meeting, accusing him of preferring to go to Brussels to talk to Western leaders rather than meet his CIS colleagues. Kiev was represented by its envoy to Minsk.

Karimov challenged Poroshenko to decide once and for all whether CIS membership was in his country’s interests.

The chants of fans at the soccer match between Ukraine and Belarus on Thursday night highlighted the resentment felt towards Moscow in some exSoviet states.

Scores of Ukrainians and Belarussians were detained after shouting patriotic Ukrainian slogans such as “Glory to the Heroes!” and “Glory to Ukraine!” — rallying cries in Kiev’s conflict against Russian-backed separatists, local media said. 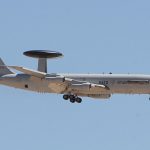 The U.S./NATO drive to war in the east and the collapse of intellectual resistanceBackground, Europe - East
“More of the same”: Elections without choice in RomaniaEurope - East