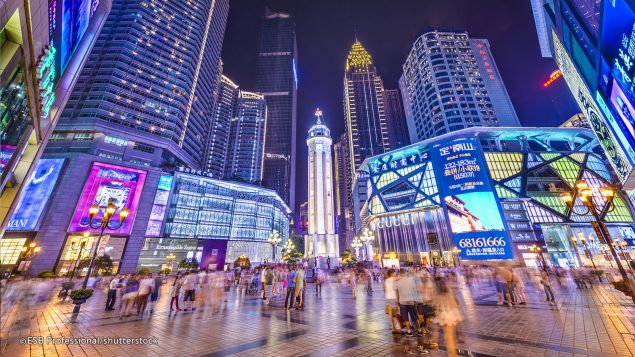 Danny Haiphong recently spent two weeks spent in the People’s Republic of China. He did not merely seek to challenge the many lies that the American Empire tells about the rising power in the East, his trip also exposes the lies of the American Empire and adds a heavy dose of truth about the actual conditions that exist for the people of China.

China is a land of bullet trains and rising standards of living, in contrast to the decay of the imperial center, the United States.

“Pollution and income and wealth inequality remains problems for ‘socialism with Chinese characteristics.’”

There is a broad consensus between the American ruling class and the so-called American Left about China. The consensus position is that China is a tyrannical, oppressive, and politically backward dictatorship. Fear of a globalized Yellow Peril often emerges whenever China becomes a topic of political conversation in America. My two weeks spent in the People’s Republic of China with the China-U.S. Solidarity Network ’s Silk Road delegation, led by Lee Siu Hin and former Congresswoman Cynthia McKinney, did not merely seek to challenge the many lies that the American Empire tells about the rising power in the East. The trip exposed the lies of the American Empire with a heavy dose of truth about actual conditions that exist for the people of China.

The importance of the trip cannot be understated given the U.S.’ ever increasing imperial aggression toward China. A hallmark of Trump’s first term has been the so-called trade war which tried, but failed , to meaningfully impact China’s economy by starving it of investment with the United States. The trade war came after the Obama administration’s “Pivot to Asia,”  vastly increased the U.S.’ military presence in the Asia Pacific. U.S. military hostility toward China has not let up under Trump. In fact, China has been labeled by the Trump administration’s National Security Strategy  document as the greatest threat to the U.S.’ imperial interests alongside Russia. U.S. imperial aggression toward Iran, Syria, or anywhere else in the Global South cannot be divorced from the Empire’s larger strategic goal of overthrowing the People’s Republic of China.

“China has been labeled the greatest threat to the U.S.’ imperial interests, alongside Russia.”

The truth is that peace-loving people in the U.S. would love China were it not for the plethora of racist, imperialist lies that have been programmed into the minds of Westerners. None of the Empire’s lies held up in my travels from Beijing to Xi’an, then to Dunhuang to Ürümqi—known as the capital of Xinjiang Uyghur Autonomous Region. I didn’t see concentration camps for Uyghurs in Xinjiang. In fact, it is difficult to walk more than a mile without running into a mosque. Every street sign in the city is translated in both Mandarin and Uyghur languages. Security is more plentiful in Ürümqi than in Beijing or Xi’an, and for good reason. Most Westerners are unaware that Xinjiang Province is the site of numerous terror attacks that have taken the lives of hundreds of people. As recently as 2014, the foreign-backed terrorist organization East Turkistan Islamic Movement (ETIM)  committed several attacks in Urumqi, killing dozens and injuring hundreds more. It is important to note that the founder of the broader Uyghur independence movement, Anwar Yusef Turani , operates his “government in exile” in Washington D.C and that the World Uyghur Congress is funded heavily by the National Endowment for Democracy , a virtual branch of the CIA. There is thus nothing progressive about Uyghur independence and nothing about Ürümqi indicated otherwise.

The American Empire has painted the Uyghur independence movement as a progressive phenomenon to make China out as a bigoted, authoritarian nation. Uyghur independence, however, is not motivated by the concerns of a minority at all. It is an attempt to delegitimize China’s New Silk Road project, formerly called The Belt and Road Initiative (BRI), of which Xinjiang Province is the heartland . BRI’s first matter of businesses is to further develop Xinjiang Province as an independent trade route to the rest of Asia. Xinjiang has historically been one of the poorest regions of the country due to poor land quality and centuries of neglect imposed on the region by the semi-colonial development model that existed prior to the revolution. However, it is clear from the vibrant economy in Ürümqi that China’s model of economic development is reducing poverty and providing opportunities for the people of the region to improve their standard of living. Like other cities throughout China, there is no visible homelessness and much of the infrastructure is no more than twenty years old. Economic development has successfully warded off the threat of ETIM. Zero attacks have occurred in the city since 2016.  As more progress is made in Xinjiang, the more sinister and numerous the American Empire’s lies become.

“China’s model of economic development is reducing poverty and providing opportunities for the people of the region.”

It is quite apparent when walking the pristine streets and riding the numerous bullet trains across the country that the Empire’s lies about China serve the interests of imperialism, not the people. China is far from the undemocratic and dictatorial nightmare that Western and American media depict it is as being. Political posters promoting China’s Core Socialist Values  and the anti-poverty campaign  drape city walls and public spaces. There is little sign of discontent with the Communist Party of China being in command of the central government. In fact, confidence in the future and trust in the central government is only increasing and is palpable when walking the streets of Beijing, Xi’an, and Ürümqi. Conditions are improving because the people have a vehicle, the Communist Party, which ensures that economic and social progress are not just expectations but facts of everyday life.

Two important meetings occurred during this writer’s participation in the delegation that further debunked the uselessness of the American Empire’s anti-China narrative. Delegate participants first met with the Beijing Friendship Association, which was represented by Executive Vice President Zhang Qian. This writer asked Zhang Qian what people in the U.S. can learn from China. She remarked succinctly that China wants everyone in the world to benefit from its “win-win” model of economic development and cooperation. She further stated that ordinary people in the U.S. will need to unite to shift the U.S. government’s focus from unilateral and unipolar approaches to politics and economics to a multipolar and multilateral approach to policy. In diplomatic terms, this indicated that China is very aware that the United States is holding back global progress toward peace and prosperity by way of its imperial model of governance.

“Vice President Zhang Qian said China wants everyone in the world to benefit from its ‘win-win’ model of economic development.”

The second meeting was put together by socialist intellectual, activist, and author Carlos Martinez. Martinez, this writer, and two other delegates met with Shuoying Chen, Professor at the Chinese Academy of Social Sciences (CAAS) in the Academy of Marxism Department. Shuoying discussed the important role that socialism has played in successfully defending China from the tyranny of finance capital. While China has indeed opened itself to the market, the central government maintains full control over the levers of monetary policy. This has allowed China to “balance” economic policy in the interests of the masses. Shuoying explained that the central government has spent seven trillion yuan between 1990 and 2003 on the development of the middle and western areas of China to rebalance the disparities between the east and west of China and has spent seven trillion more since 2003 on the development of China’s rural areas. Such policy priorities would be impossible to accomplish under the dictatorship of finance capital and imperialism.

As Shouying explained, China’s planned economy privileges economic rights over bourgeois political rights. A one person, one vote system is worthless if the people do not have food to eat or decent employment. China’s political system is organized to improve the economic rights of the masses such as the right to employment, housing, land, etc. The West, led by the American financial hegemon, claims to privilege bourgeois rights such as “free speech” but is really organized to enrich the profits of capitalists at the expense of the masses. Homelessness is near zero in China’s major cities but growing in the United States . Private ownership of land is prohibited in China while fewer than one hundred families  own the majority of land in the United States. China has become the world leader in renewable energy production  (which can be seen in the numerous solar farms, windmills, and electric cars that power China’s economy) while the U.S. subsidizes fossil fuels at a rate of over half a trillion USD per year . In China, the central government directs the market to grow the economy and then devises policies to improve people’s lives. In the U.S., finance capital directs policy to maximize profits in a great Race to the Bottom for most of the population.

Still, no one in China thinks that socialism with Chinese characteristics has resolved every problem that the people face. Pollution remains an issue. So does income and wealth inequality resulting from market reforms. However, the China-U.S. Solidarity Network delegation offered valuable insights into why the American Empire so ruthlessly smears China’s social system. China is a peace-loving nation that is developing the material basis for a post-imperialist global order. Seventy years after the Chinese Revolution, it is past time that the left in the U.S. and West lets go of its chauvinism and seriously studies the social character of China, its contradictions, and why the American Empire views the People’s Republic as an existential threat to its interests. Only a higher level of consciousness and understanding between the people of the two big superpowers can make peace a reality. The perpetuation of endless war by the American Empire stands in the way of any hope for fundamental social change in the horrid conditions that currently exist for oppressed and working peoples in the United States. Peace and solidarity with China should thus be a top priority for anyone who calls themselves progressive or revolutionary within the belly of the American Empire.

Danny Haiphong is an activist and journalist in the New York City area. He and Roberto Sirvent are co-authors of the book entitled American Exceptionalism and American Innocence: A People’s History of Fake News–From the Revolutionary War to the War on Terror (Skyhorse Publishing). He can be reached at [email protected], on Twitter @spiritofho, and on Youtube at The Left Lens with Danny Haiphong.