MP slammed by police chief for ‘dehumanising’ comments on Twitter 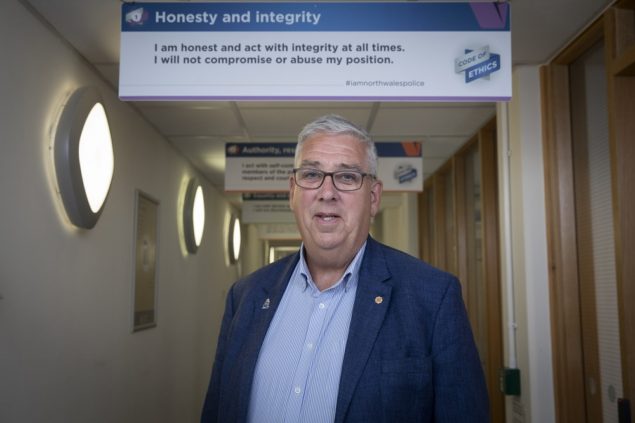 North Wales Police and Crime Commissioner Arfon Jones has criticised Sarah Atherton, the Conservative MP for Wrexham, for saying that the Royal Navy should be deployed to end boat crossings by refugees across the English Channel.

North Wales Police and Crime Commissioner Arfon Jones has criticised Sarah Atherton, the Conservative MP for Wrexham, for saying that the Royal Navy should be deployed to end boat crossings by refugees across the English Channel.

Ms Atherton who was elected to parliament for the first time in December, has been widely condemned on social media for her comments in a statementpublished on Twitter.

I think it’s a cynical stunt to distract from the way the Tory government has badly mishandled the coronavirus crisis, and the algorithm debacle with A Levels results in England.

What she has done in indefensible because it feeds bigotry and prejudice and will do nothing to reduce hate crime in our communities. It’s stigmatising people who are perceived to be different.

Sarah Atherton needs to realise that she’s talking about human beings who have had their lives turned upside down by war here. These are people’s sons, daughters, mums and dads. Some of them are very young children. The idea of weaponizing the military against them is chilling.”

Mr Jones, who revealed that he had been blocked on Twitter by Ms Atherton said:

I think it’s an incredibly small-minded and petty way to respond to being challenged on policy. I’m one of many of her constituents she has blocked for doing the same.

She prevents people from replying to her tweets, which shows how little respect she has for her constituents and is typical of the way the Tories try to dodge public scrutiny for their incompetence and their terrible policies.”

Returning migrants who have reached the UK is not easy, as the Prime Minister has acknowledged, due to a legal framework owing to our previous EU membership, which we are still bound by until the transition period ends on 31 December 2020, she added.

This framework places undue power in the hands of unaccountable human rights lawyers who do not have our country’s best interests at heart.

Until the transition period ends, and we can once again reassert our sovereignty over asylum and immigration matters, we must stop these boats from reaching British waters.

UK Border Forces should receive whatever assistance is required from HM Armed Forces in this endeavour.”

Her statement was heavily criticised for containing several factual errors such as mixing up the asylum system and the visa system and misunderstanding international law.

An asylum seeker is entitled to seek asylum, without penalties as to manner of entry, specifically due to the circumstances necessitating their flight from persecution. This is a matter of international rather than domestic law, not EU specifically as alluded to later on.

From start to finish this letter from @AthertonNWales is full of inaccuracies and misconceptions. I would suggest that in the genuine interests of the country it would be best for a serving MP to learn at least a basic level about the laws governing it before spouting tripe.”

According to Law expert The Secret Barrister, who has almost 400,000 followers on Twitter, the statement by Ms Atherton was “remarkably stupid”. He said:

Yes, lawyers are not accountable to the govt. We are independent and accountable to our regulators. Yes, our duty is to our client. Not to pleasing stupid letter-writing MPs.”