An overwhelming majority of Russian citizens do not support the idea of banning public demonstration of Soviet symbols, while 73 per cent confessed their positive attitude towards the hammer and sickle emblem. 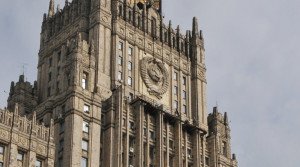 On Friday the state-owned polling agency Vtsiom released the results of the research conducted earlier this year, according to which 73 percent of respondents claimed to have a positive attitude towards the Soviet hammer and sickle and 66 per cent said they liked the red star. Only 11 percent said they have negative attitude to these symbols.

Seventy-two per cent of respondents categorically objected to the possible ban on the hammer and sickle and 68 per cent appeared to be against a ban on the red star. Seven per cent said they would support such a ban if it were to take place.

At the same time, six and ten per cent, respectively, of those polled said they were not aware of the symbolism behind the hammer and sickle emblem and the red star.

The Ukrainian trident draws positive emotions from 27 percent of the Russian population, with 34 percent professing a negative attitude to the coat of arms of the neighboring state. Still, the idea of banning Ukrainian state symbols in Russia received support from only 20 percent of the people, with 46 percent maintaining this would be a bad idea.

The only definitively negative symbol in the eyes of Russians is the Nazi swastika. Some 74 percent said it caused bad feelings and 62 percent supported a ban on its exhibition, with only 19 percent opposing such measures.

The poll was conducted in connection with the controversial Ukrainian law passed in April this year. The act bans the communist and national-socialist totalitarian ideologies and all their symbols and orders that all organizations, political parties or media found guilty of propagating communism or Nazism will be closed down.

This week Kiev authorities published the Law on Local Elections banning Communists and National Socialists from participating in regional and municipal polls scheduled on October 25.