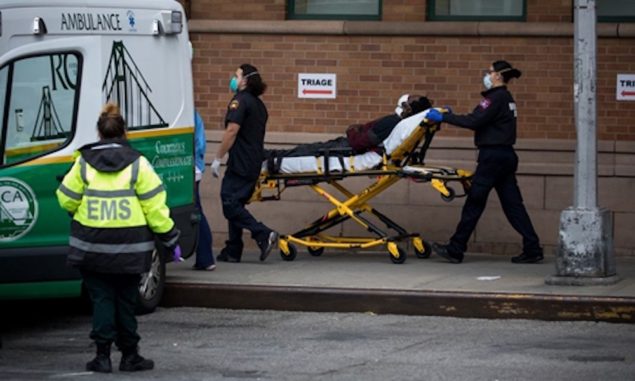 Healthcare workers wheel a patient to a triage tent at the Maimonides Medical Center in the Brooklyn borough of New York, the United States, April 19, 2020.Photo:Xinhua

The coronavirus situation in the US and Europe is now so serious that it is overwhelming the ability of numerous Western governments to develop strategic policies.

Further material: Event stream: How China defeated the coronavirus – lessons from the world

The coronavirus situation in the US and Europe is now so serious that it is overwhelming the ability of numerous Western governments to develop strategic policies. Given the immense efforts and suffering the Chinese people put into fighting the coronavirus, it is difficult for them to imagine that the situation in the West is very many times worse than it was at the worst moment of the crisis in China. But this reality is proven by the facts.

The traumatic effect of these deaths on the political situation will be particularly great in countries such as the US and Britain, where large-scale fighting, with very high numbers of deaths, did not occur in World War II.

Indeed, this is only the third mass death experience in the entire history of the US. The US suffered large casualties among its troops in foreign wars – World War II, Korea, Vietnam – but only twice before, in the 1918 Spanish flu pandemic and during its Civil War, has the US ever suffered mass deaths on its own soil.

The US’ reaction to its disastrous death toll is clear. It would be a catastrophic blow to US international ideology and prestige for the truth to be known – that the US had disastrously failed to protect its own population against the coronavirus pandemic and that China had been many more times effective in protecting its population.

Therefore, the US has already decided that it is vital that this truth is concealed from its population.

Trump’s daily lies on the coronavirus at his press conferences are well known. Equally distorted are the advertising campaigns launched by Democratic challenger Biden – which concentrate not on the failure of Trump to prepare the US for the coronavirus pandemic but instead make the ridiculous charge that Trump has capitulated to China.

In other countries, under the impact of the coronavirus crisis, a sharp swing of public opinion in favor of China has taken place. For example, in a recent poll in Italy asking which country outside Europe it was most important to form alliances with, 36 percent said China compared to 30 percent who responded the US.

In other Western countries a fierce fight is taking place, the outcome of which is not yet decided.

In the UK, for example, the government under Prime Minister Boris Johnson earlier this year defied US pressure and allowed Huawei to participate in the development of the country’s 5G network. But, in line with the US attempt to shift blame from its disastrous failure to prepare for coronavirus, the acting head of government Dominic Raab denounced China for the coronavirus crisis, claiming there cannot be a return to ‘business as usual.’ Forces tied to the US have renewed campaigns to reverse the country’s previous decision on Huawei.

However, other UK political forces are urgently seeking China’s help in fighting the coronavirus – the UK government pointed to the fact that China had supplied 12 million pieces of protective medical equipment to the UK. Key representatives of the health profession, for example the most important UK medical journal The Lancet, have been outspoken in their support for China’s handling of the coronavirus.

The reality is that the UK government is so preoccupied with the coronavirus disaster that is unfolding that it is unlikely any serious thought is currently being given to strategic foreign policy at the highest levels of government. Furthermore, as with other countries, the outcome of these conflicting forces will only become clear after the effect of the intense coronavirus crisis gripping the West is known.

John Ross is a senior fellow with the Chongyang Institute for Financial Studies at Renmin University of China. [email protected] 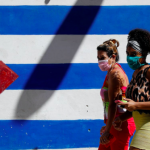 Coronavirus response: why Cuba is such an interesting caseCOVID-19 Corona virus, Issues, Latin America and the Caribbean, Venezuela 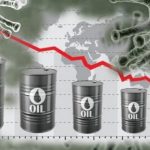