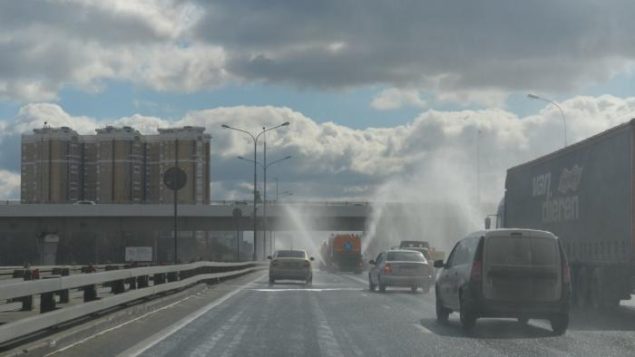 It is not yet possible to predict in Russia when the COVID-19 quarantine measures introduced on March 30 will be reduced.

Moscow’s residents have been living in quarantine for a month. Those who have to drive to work can only do so with a computer code issued by the city administration.

It is not yet possible to predict in Russia when the quarantine measures introduced on March 30 will be reduced or even withdrawn entirely for all the city’s residents, as since April 19, between 4,200 and 6,300 cases of corona people have been registered in Russia every day. As of Monday, there are 87,000 corona cases in Russia. Counting started on March 29. This puts Russia in ninth place on the list of Corona-infected countries.

The head of the Centre for Infectious Diseases at the Central Clinical Hospital in Moscow, Georgiy Sapronov, believes that the number of new cases will not decrease until the end of May. According to this assessment, it must be assumed that the quarantine measures will continue until at least the end of May.

Since March 30, Muscovites have had to live at home in quarantine. You can only go to the grocery store and garbage container. If you have a dog, you can only walk it within a 100 meter radius of your house. Since April 15, for all trips by subway or car, a computer code also has to be requested from the city administration. Anyone who travels in Moscow without a code and is caught must pay a fine of 375 euros. This is a month’s salary for low paid workers.

If you want to go to your dacha [country house], you have to obtain one code for the outward journey and one code for the return journey from the city administration portal. Passport details and the license plate number of your car must be included in the application. The police stand at the entrances [to] and exits [from the city] and carry out random checks to determine whether drivers can produce a valid code.

Cars on Moscow’s streets are also checked using video cameras. If the cameras register a car for which no code has been requested, the driver will face fines. Muscovites over 65, who are supposed to stay at home, can also obtain a code if they want to go to their dacha.

The system crashed on the day the new codes were introduced. At subway stations, a few police officers were asked to check the passengers ID’s against a list of codes printed on a sheet of paper. One could have foreseen that this would not work. Long queues formed at the subway stations and there was serious overcrowding. Nobody made certain that they had kept their distance.

Since this embarrassing episode for the city administration, which has been extensively documented on the Internet (photos), police have only checked the codes on a random basis. This incident has shown that anti-corona measures must be thought through very carefully if they are not to have the opposite effect.

The internet makes perfect control possible. On March 25, the city council blocked free electronic subway tickets for schoolchildren, students and people over 65 years of age. But not all older people were aware of this. As reported by the Moscow city administration, 63,000 people over 65 tried to take the subway before 10:00 a.m. on March 26, but had to turn back because their tickets were blocked.

Muscovites are used to total surveillance. Since terrorists from the Caucasus carried out acts of terrorism on the subway in the early 2000s, not only the subway but the whole city has been covered with a network of surveillance cameras. There are also cameras mounted on house walls and in house entrances. It is therefore easy to check who does not comply with domestic quarantine rules. 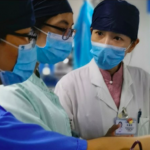 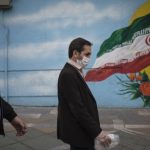