RT.com, June 6, 2016  (and below are reports on two other NATO exercises taking place in the Baltic region)

Over 31,000 troops from 24 countries are taking part in NATO’s Anaconda-2016 war drills in Poland – the largest war games in eastern Europe since the Cold War. Moscow says that the NATO military presence is unjustified. 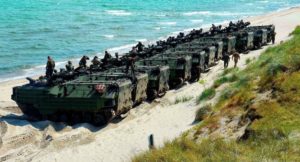 The ‘Anaconda -2016’ NATO military exercise involves 24 NATO and “partner nations,” including the U.S., the UK, Germany, Canada, Spain, Sweden, Turkey and others.

U.S. Army Europe, which heads the exercise, says that the massive war games are “to train, exercise and integrate Polish national command and force structures into an allied, joint, multinational environment.” Anaconda-2016 will be formally closed by officials at a ceremony in Warsaw on June 17.

While the scenario for the drill is understandably kept secret, the statement briefly says it will be focused on conventional warfare, meaning the bloc will be testing its capacity to “deploy, mass and sustain combat power” against an enemy more capable and well-trained than the rebel groupings which the U.S. and its allies fought against in Iraq and Afghanistan. 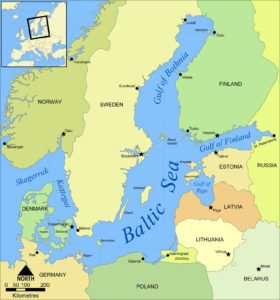 The massive war games also play well with the current right-wing government in Warsaw which frequently argues that NATO must permanently deploy troops in eastern Europe to deter what the bloc keeps calling “Russian assertiveness.”

Anaconda-2016 also comes ahead of an upcoming NATO Warsaw summit, expected to decide that significant numbers of NATO troops and equipment will be based in Poland and in the Baltic states, where the bloc is holding major sea drills, the BALTOPS, which kicked off on Friday in Estonia.

While the West claims that the string of recent military drills is to assure eastern Europe of NATO’s full commitment to defending them against Russia, Moscow maintains it has no plans at all to interfere with any country in the region.

Speaking to journalists on Monday, Russian Foreign Minister Sergey Lavrov stated, “I am convinced that every serious and honest politician is well aware that Russia will never invade any NATO member. We have no such plans.” He asserted that “there are no threats in this part of the world whatsoever that would justify [NATO’s] build-up here.”

In the meantime, Lavrov said, NATO’s decision to move its military infrastructure closer to Russia’s borders and accept new members will be seen in a negative light in Moscow. “Here, Russia’s sovereign right to ensure its security will come into force, [making use] of methods adequate to [respond to] today’s challenges.”

The very existence of NATO as an organization is no threat to Russia, he said, which is not the case when it comes to the bloc’s “practical actions” in terms of moving its military infrastructure closer to Russian borders, or using military force which violates international law, “as it was in cases of Libya and Yugoslavia.”

However, NATO’s leadership has already said there will be no changes to stationing more troops in Poland after the Warsaw Summit, sending “a clear signal that an attack on Poland will be considered an attack on the whole Alliance,” the bloc’s Secretary General, Jens Stoltenberg told reporters following his meeting with Polish President Andrzej Duda last Wednesday.

“If you listen [to them], you might get a feeling that NATO is a harmless sheep cornered by ‘predators’ such as Russia and other countries disobedient to the US,” spokesman for Russian Defense Ministry Igor Konashenkov mockingly commented on Monday.

NATO currently plans to station four battalions in the region – one each in Poland, Lithuania, Estonia, and Latvia. A typical U.S. army battalion consists of up to 800 soldiers. The bloc also plans to set up several headquarters and command and control infrastructures, as well as weapons and ammunition depots in the region.

In May of last year, NATO Secretary General Jens Stoltenberg announced that NATO was planning to deploy new command units in Latvia, Lithuania, Estonia and Poland, as well as Bulgaria and Romania. Moscow, in turn, sees NATO’s drive eastwards as aggressive and in violation of post-Cold War agreements.

Washington might think that three major war-games currently held close to Russia’s border make for a “busy but exciting” month, but Moscow believes that the drills have a “major destabilizing component” and are “primarily aimed at fomenting tensions” in the Baltics and Eastern Europe, as Russian Deputy Foreign Minister Alexei Meshkov put it.

The three military drills include the US-led Baltops 2016 maritime exercise that was launched last week and will last until June 26. Meanwhile Estonia, Latvia and Lithuania are taking part in the U.S.-led Saber Strike drills scheduled for May 27 – June 22. The Anakonda 2016 exercise will run in Poland on June 7-17.

Baltops 2016 is taking place in the area, where “no Russian military buildup is happening,” Russian military expert Viktor Murakhovsky told the Vzglyad newspaper. “They are screaming about the Iskander [mobile short-range ballistic missile systems], etc. At the moment our missile brigade in the Kaliningrad Region has only Soviet-era Tochka-U [tactical ballistic missile systems].”

Approximately 6,100 troops from 17 countries along with 45 submarines and warships, including the USS Mount Whitney, and over 60 aircraft are taking part in one of the largest drills in northern Europe. The Baltops annual war-games have been held for more than four decades.

The drills’ area of operations is huge. They will take place in Estonia, Finland, Germany, Poland, Sweden and throughout the Baltic Sea with the aim of reassuring Washington’s allies and partners that the U.S. and NATO are committed to protecting the region from any threat, particularly Russia.

This is not the message that makes Moscow happy. The Kremlin as well as Russian and foreign experts have repeatedly pointed out that Russia does not pose a threat to any of its neighbors or beyond and does not intent to challenge or alter the existing balance of power in Europe.

For its part, Moscow is worried about NATO’s relentless military buildup on the bloc’s eastern flank, although it is not inclined to “overdramatize” recent developments, as Russian Foreign Minister Sergei Lavrov put it recently. The bloc’s activities, he added, can hardly be described as anything other than “destabilizing and shortsighted”.

Military and political analyst Alexander Perendzhiev maintained that Baltops 2016 should be viewed as NATO’s response to Russia’s ability to protect itself. He also told the Vzglyad newspaper that the alliance is trying to drag Sweden and Finland into the bloc.

“They are creating an organizational base for these two countries to join NATO. This trend does not mean that Sweden and Finland will necessarily join the bloc, because it will not only be about solving their issues with NATO’s help. They clearly understand that the alliance will try to solve its problems at their expense,” he noted.

Russia to Finland: We will respond to NATO Baltics activity

Russian Foreign Minister Sergei Lavrov told his Finnish counterpart the Kremlin would take unspecified measures to respond to increased NATO activity in the Baltic region, making clear he was vexed by Helsinki’s hosting of alliance drills.

Lavrov made his comments at a news conference in Moscow on Monday with his Finnish counterpart Timo Soini on the same day as NATO launched Baltops 16, an annual naval exercise, on Finnish soil for the first time.

“We do not hide our negative attitude to the movement of NATO’s military infrastructure towards our borders, to dragging new states into the military activity of the bloc,” Lavrov told reporters.

“We will invoke Russia’s sovereign right to guarantee its security with measures proportionate to the current risks. I am confident that our Finnish friends and neighbors also understand this.”

Lavrov, who said he saw no threats in the Baltic region that would justify the area’s militarization, did not elaborate.

Soini told the same news conference that military exercises like the one launched on Monday helped strengthen Finland’s military capacity and were “not directed against anybody.”

He said Finland, not a member of NATO, was taking the “security challenges” it faced seriously, closely cooperating with NATO, and deepening cooperation with next-door Sweden.

“This kind of issue can be openly discussed with each other,” said Soini, speaking English. “Finland is independently making these kind of decisions, and of course our aim is currently our security. There are no other aims.”

[End Reuters article]
Editors’ Note: While we don’t necessarily share the views we publish on New Cold War, we do attempt to provide readers with a range of views. This is because your right to make your own mind up depends on your being fully informed.
Share
Tweet
Share
Pin