Latvia’s government has announced it would build a new high-tech fence along the border with Russia, but took pains to say it was not aimed at harming the already strained relations between the countries. In a move that mirrors its Baltic neighbor Estonia’s decision to build a security wall along the border with Russia, officials told the Baltic News Service (BNS) that the high-tech 90-kilometer fence is intended to prevent illegal immigration. 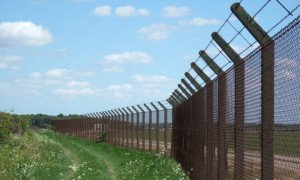 “It is needed not in order to build a Chinese wall between Russia and Latvia, but to limit the number of illegal immigrants,” Interior Minister Rihards Kozlovskis told BNS. “We are to create a system that will prevent [illegal migrants] from crossing the border, or which will give us irrefutable evidence of their tracks.”

The fence is to cost 3.5 million euros, the Baltic Times reports. It will feature cameras and sensors to detect movement.

Relations between Russia and the Baltic states of Latvia, Estonia and Lithuania have been fraught in the 19 months since the Kremlin annexed [sic] Crimea and through its support behind independence movements by Russian-speaking communities in eastern Ukraine. The three former Soviet republics – all NATO and EU members – have appealed to their western partners for additional defense [sic] support, fearing that Russia could seek to intervene with their own Russian-speaking communities.

Edgars Rinkevics, Latvia’s foreign minister, told TOL’s Martin Ehl recently that the fence is aimed in part to prevent illegal immigration into the EU’s Schengen zone amid growing concern that refugees from Middle East conflicts are finding new ways to enter the EU. “Our planned fence and other border measures have a broader geopolitical context,” Rinkevics told Ehl, while adding that his country was not erecting a “new Iron Curtain.”

It is the latest move by a Schengen area country to seal its borders to the outside. Hungary last month completed a fence along its 175-kilometer border with Serbia and this weekend completed a razor-wire fence along its frontier with fellow EU-member Croatia. 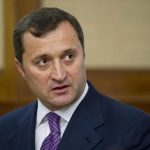 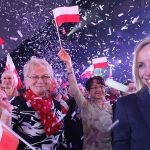