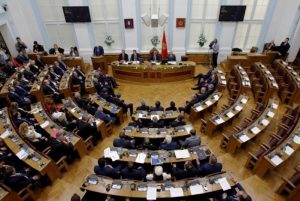 Montenegro’s parliament has formally agreed for the country to join NATO – the military bloc that pounded the tiny Balkan country with bombs less than 20 years ago during the Kosovo War. The decision sparked protest among the population and opposition figures. Montenegrin MPs voted on April 28 by 46-0 to become the 29th member of NATO. There are 81 members of the Montengrin Skupština Crne Gore.

Opposition lawmakers boycotted the parliamentary session, while hundreds of protesters gathered outside the parliament building before the vote to express their discontent with the idea of Montenegro joining the alliance. The protesters chanted “treason” and “thieves” and held a banner that read “NATO murderers, your hands are bloody!” They also burned a NATO flag before peacefully dispersing.

Opposition leaders announced they would not recognize the results of the parliamentary vote and would call a referendum on the issue should they come to power in future, Reuters reports.

“I feel humiliated because others are making a decision in my name,” former Montenegrin President Momir Bulatovic told Reuters. “What is happening now is triumph by force and lies!” 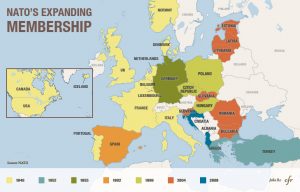 Meanwhile, Montenegrin Prime Minister Dusko Markovic said in his parliament speech that the lawmakers have “a privilege” to take such a decision, adding that NATO membership would guarantee Montenegro’s security and economic development as well as stability in the region. “This assembly and its members have a historic privilege to make a decision that will be remembered as long as there is Montenegro and Montenegrins,” Markovic said, as cited by Reuters. “This day will be marked among the brightest in our history.”

“NATO and the EU have always been and remain a guarantee of stability and security and cooperation as the main basis for peace in Europe,” he added. “It is about what kind of future we choose for us and generations to come.”

He also said that Montenegro was “drawn” into Serbia’s war with NATO, referring to the three-month bombing of the Balkan country by NATO forces in 1999, and added that membership in the bloc would prevent any such incidents in the future.

At the same time, the decision was criticized by a number of opposition politicians. “Today, the country is being sold just as in 1941,” the head of the Montenegrin left-wing opposition Workers’ Party, Janko Vucinic, told the Russian Interfax news agency, referring to the Nazi occupation of the former Yugoslavia in 1941.

Vucinic also said that the parliament decision “falsifies the will of the Montenegrin people,” adding that his party would recognize only the results of a referendum on the issue. He warned that the decision taken by parliament would only lead to “division.”

His words were echoed by the leaders of other opposition parties and several popular movements, including the Movement for Neutrality and the No to War, No to NATO group.

The approval had been anticipated long before voting day, as the ruling pro-NATO coalition holds a majority of seats in the nation’s parliament. The opposition has branded the approval illegitimate, insisting that NATO membership must be put to a nationwide referendum.

Montenegro, a country with a population of around 622,000 people, was granted a NATO Membership Action Plan (MAP) in 2009. Membership in the military alliance remains highly controversial in the small Balkan nation, which seceded from Serbia in 2006.

Serbia and Montenegro, which formed one country after the breakup of the former Yugoslavia, were subjected to a three-month bombing campaign during the NATO invasion of 1999. The bombing, which was conducted without authorization from the UN Security Council, left hundreds of civilians killed, and many public buildings, bridges, industrial facilities, and cultural heritage sites damaged or destroyed.

Friday’s vote follows US President Donald Trump’s decision to approve Montenegro’s membership bid on April 11 and an approval vote in the U.S. Senate on March 28.

NATO is “central to ensuring peace and security on the European continent,” the White House said in a subsequent statement, adding that granting NATO membership to Montenegro will send a message to other aspirants that the “door to membership in the Euro-Atlantic community of nations remains open.”

“President Trump congratulates the Montenegrin people for their resilience and their demonstrated commitment to NATO’s democratic values,” the White House said.

Critics in the U.S. questioned what benefit a country with a 2,000-strong military will bring to NATO. However, the country’s strategic position will give the alliance full control over the Adriatic Sea, as other Adriatic countries Albania, Croatia, and Italy are already long-time NATO members.

Moscow maintains that Montenegro’s accession to NATO will diminish stability in the Balkans and the rest of Europe. “Reasons for Montenegro to enter the alliance are unclear. Is someone threatening it?” Russian President Vladimir Putin said last June at the Saint Petersburg International Economic Forum, also mentioning “the bloc’s blatant disregard of our position.”

In December of last year, Russian Foreign Minister Sergey Lavrov told Sputnik news agency that Montenegro’s leadership had “betrayed all [their] commitments and promises, betrayed Russia, although Russia did not do anything to [them],” referring to Montenegro’s signing of the NATO Accession Protocol in May of 2016.

Following the vote, the Russian Foreign Ministry said that Moscow reserves the right to take measures aimed at ensuring its own security in the context of Montenegro’s decision to join NATO.

… Protocol on Montenegro’s joining NATO was ratified by the upper house of the U.S. Congress on March 27, with 97 lawmakers [senators] voting for and only two – against. 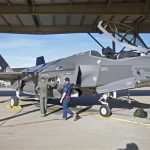 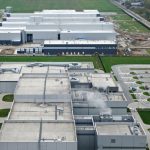