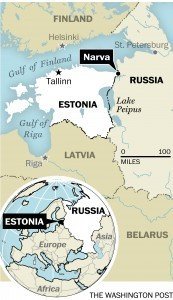 Estonia’s governing Reform Party has won a national election overshadowed by security concerns sparked by Russia’s role in Ukraine. Prime Minister Taavi Roivas, whose party has 30 seats, is set to form a coalition in the 101-member parliament.

The results are a blow to the Centre Party, which has ties to Russian President Vladimir Putin, who were expected to do well in the poll. Estonia was once part of the former Soviet Union but is now a Nato member.

“The Reform Party is the 2015 winner of the parliamentary elections,” Mr Roivas declared on the ETV public television station.

Mr Roivas’ party claimed 27.7% with most of the votes counted, down from 28.6% at the last parliamentary elections in 2011. The pro-Russian Centre Party took 24.8% of the votes, winning one more seat to take them to 27 in total. 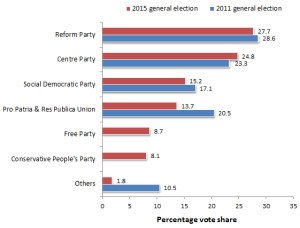 The Social Democrats, who have been Reform’s coalition partner, now hold 15 seats after losing four while the IRL party lost nine seats to take them to 14.

Analysts said Reform could face some difficulty in forming a new coalition, with parliament now split between six parties rather than the previous four. The two newcomers – a free-market liberal party and an anti-immigration conservative party – won 15 seats between them.

Asked whether he would contemplate forming a coalition with the Centre Party, Mr Roivas said “definitely not”.

In the run up to the election, Mr Roivas had called for an “Estonian-minded government”. At 35, he is the youngest prime minister in Europe.

The country’s political debate has been dominated by economic issues and fears over defence due to Russia’s actions in Ukraine. Estonian troops parade in Narva, Estonia – 24 February 2015 Estonia’s armed forces have been on high alert since Russia annexed Crimea from Ukraine last year

One voter in the capital, Tallinn, told the AFP news agency: “If [the Russians] come in here, Estonia can’t do anything.”

“I’m not sure NATO will help us out, Let’s hope that it will not go that far,” he added.

Estonia has seen a number of airspace violations by Russia, and last year a security official was detained by Russia and accused of spying.

The Centre Party leader, Edgar Saavisar, favours a friendlier approach to Moscow, and has previously suggested that Russia’s annexation of Crimea could be legitimate.

About a quarter of Estonia’s 1.3m population are ethnic Russians, many of whom are Centre Party supporters.

The Government Liberal Party of Estonia won the parliamentary elections with a narrow majority.  But victory was possible only because nearly 100,000 ethnic Russians have no right to vote – a clear democratic deficit in the EU country.

The ruling Reform Party received 30 of 101 seats in parliament. It is closely followed by the leftist Centre Party (27 seats), which advocates closer relations with Russia. Traditional voters of the Centre Party, members of the Russian minority in Estonia, who according to the CIA World Factbook make up 24.8 percent of the residents of Estonia. The Centre Party is followed by the co-ruling Social Democrats with 15 seats.

However, there are 91,000 stateless persons in Estonia, which corresponds to approximately 6.8 percent of the population. The vast majority of them are native Russian speakers , who do not have voting rights as owners of ‘grey passports’, reports the Estonian public broadcaster ERR. *

In neighbouring Latvia, the Russian-speaking minority is also legally largely underprivileged . They also have no right to vote, and they are largely excluded from receiving official status. Services provided by public institutions are limited for them.

This situation is incomprehensible in an EU country. Estonia is the most developed country because they allow e-voting – but the country still has not made an important step towards modern democracy.

[* The story of Estonia’s Russian-speaking minority ‘grey passport holders’–those who have opted for neither Estonian nor Russian citizenship–is described here.]

Read also:
Estonia’s 2015 election result ensures the Reform Party will continue to dominate the country’s politics, by Allan Sikk, published on the EUROPP blog at the London School of Economics, March 4, 2015 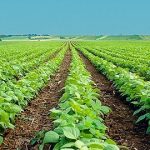