KYIV, Ukraine — Canada has joined its allies in dusting off a Cold War playbook to push back against Russian influence in Ukraine, but the advance of democratic ideals is fraught with contradictions and qualifications. 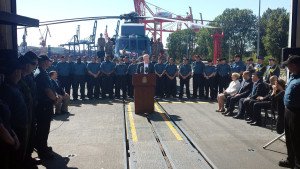 The Harper government is pouring millions of dollars into a series of democracy-promoting initiatives and programs intended to build a western-style bureaucracy, spending that’s over and above Canada’s recent commitment to training Ukrainian combat troops. Ottawa’s contribution — over $49 million — is an attempt to fight Kremlin influence with grassroots ideology rather than tanks, artillery and troops.

That money is in addition to $9.2 million invested through a partnership with Poland, announced with much fanfare in April 2014, designed more generally for east European countries.

Like the use of the Canadian embassy in Kyiv as a safe haven by opponents of former president Viktor Yanukovych, understanding the money trail is integral to the Harper government’s deepening involvement in the war-torn country. It has been the subject of months of research and interviews by The Canadian Press.

That special relationship with Ukraine is expected to take a step forward Tuesday with a visit by Prime Minister Arseniy Yatsenyuk to Ottawa, where he is expected to sign a free trade deal.

The Canadian Federation of Municipalities is leading one decentralization program meant to train municipal managers. Other organizations, such as the U.S.-based International Republican Institute (IRI), Poland’s Solidarity Fund and the European Endowment for Democracy, are instructing Ukrainian political parties and civil society in political action and engagement.

There’s even $3 million set aside to train investigative journalists to uncover corruption — an extraordinary measure considering just weeks ago Ukraine’s parliament wanted to launch an investigation into a Russian-language newspaper and strip TV channel Inter of its broadcast licence for creating a “receptive setting” for aggression.

International groups, such as the Organization for Security and Co-operation in Europe, have repeatedly raised alarms about the detention and even killing of journalists in Ukraine. Reporters Without Borders accused Ukraine last August of adopting “draconian” restrictions on press freedom with a draft law that gave the National Security and Defence Council enormous power to censor and suppress information in “security and national interests” without reference to a court.

“In any country that’s in a state of conflict, in this case a victim of aggression, you are going to have judgment calls that come up on press freedom,” said Canada’s ambassador in Kyiv, Roman Waschuk. “I think overall, Ukraine is doing an admirable job on pluralism in the media. And given that violent separatism has taken over 6,000 lives in Ukraine, I think you can understand why promoting that vision, instead of a vision of local autonomy, might be problematic.”

The Harper government’s initiatives have been quietly announced over the last year, sometimes only by press release and on other occasions in speeches to interest groups such as the Ukrainian Canadian Congress, which has made it difficult to build a comprehensive picture.

For example, references to the International Republican Institute were downplayed when Canada announced the $8.1 million contribution in July of last year. The government background material describes the group as a “non-profit, non-partisan organization with the goal of advancing freedom and democracy.” Russian media have frequently targeted the organization, attacking not only its loose ties with the U.S. Republican Party, but accusing it of regime change tactics when it can “finance, train, and politically back local opposition forces around the world that support the American agenda.”

The Foreign Affairs project description, obtained by The Canadian Press, says the IRI is expected to strengthen multi-party democracy and “support political and civil society representatives to fulfil their roles in the political process in a collaborative manner.”

The Institute is taking aim at young politicians from different regions, including the war-torn east and south, to encourage them to effectively play their roles in the political process. That translates into seminars on door-knocking and grassroots campaigning — something that is hardly nefarious, says Canada’s ambassador.

“Ukraine is a country where the regime has changed and it’s a matter of building local empowerment, authority and grassroots management of economic and municipal needs. They are learning about outreach techniques.” The training is imperative for a broad range of elections being held this fall, Waschuk added.

The U.S. has long been in the business of funding democracy-promoting initiatives, especially during the Cold War. Former diplomat Bob Fowler says it is a switch for Canada, which in Europe during the 1960s and ’70s concentrated on military and passive intelligence-gathering.

Robert Miller, the former president and CEO of the Canadian Parliamentary Centre, has written that Canada was slower than the United States in embracing democracy-building as a central part of foreign and development policy. “There were many reasons for this but they boiled down to a worry that programs of this kind could be seen as interference in the internal affairs of other countries, a matter of the utmost sensitivity in Canada,” he wrote in the spring 2008 edition of the Canadian Parliamentary Review.

In the late 1980s, that sensitivity led the Mulroney government to create an arms-length agency for the job, called Rights and Democracy. That organization was disbanded in 2012 following a series of controversies in which its funding decisions were questioned. At the time, opposition parties accused the Conservatives of shuttering Rights and Democracy in order to gain more control over how the cash was spent. 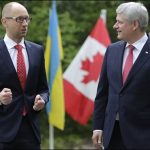 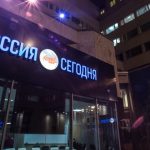