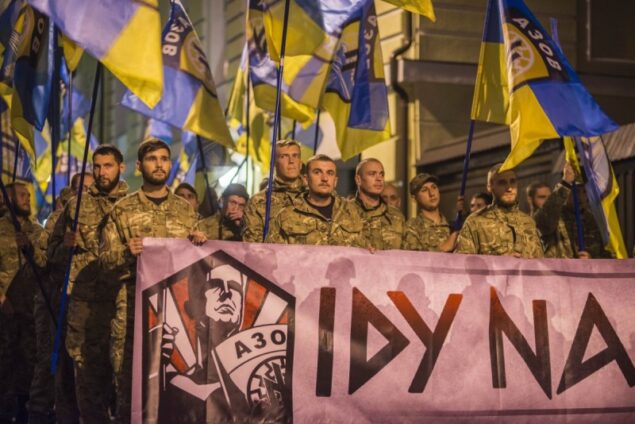 The Canadian military seem willing, even eager, to work with neo-Nazis in the Ukraine in order to weaken Russia, something the US, NATO and Ukrainian–Canadian groups support.

The Canadian military seem willing, even eager, to work with neo-Nazis in the Ukraine in order to weaken Russia, something the US, NATO and Ukrainian–Canadian groups support.

On Monday Ottawa Citizen military reporter David Pugliese revealed that when Canadian military officials met with the Azov Battalion in June 2018, they knew the group used the Nazi “Wolfsangel” symbol and praised officials who helped slaughter Jews and Poles during World War II. “A year before the meeting,” reports Pugliese, “Canada’s Joint Task Force Ukraine produced a briefing on the Azov Battalion, acknowledging its links to Nazi ideology.”

Rather than express public disagreement with their views, Canadian military officials sought to manage any potential public relations fallout from at least two meetings, which included Azov representatives boasting about their Canadian support. More than 20 Department of National Defence (DND) public-relations officials discussed how to respond if the media reported on the Azov meeting.

On Twitter Pugliese noted that DND withheld documents for over 16 months after he filed an access to information request.

Canadian Forces support and sympathy for the far right in the Ukraine has been displayed on other occasions. A September report from an Institute at George Washington University revealed that the far-right Centuria boasted about being trained by some of the 200 Canadian troops in the Ukraine. The report detailed Centuria members making Nazi salutes, praising SS units and promoting white supremacy.

But it’s not only the military. Since US and Canadian backed ultranationalists overthrew Viktor Yanukovych in 2014 Canadian politicians have spoken alongside and marched with Canadian members of Ukraine’s Right Sector, which said it was “defending the values of white, Christian Europe against the loss of the nation and deregionalisation.”During his trip to Ukraine in 2016 Prime Minister Justin Trudeau was photographed with Ukrainian Parliament SpeakerAndriy Parubiy, who had a background with the far right and was accused of praising Hitler.

Alongside the US, Canada has funded, equipped and trained the neo-Nazi infiltrated National Police of Ukraine (NPU), which was founded after Yanukovych was overthrown. A former deputy commander of the Azov Battalion, Vadim Troyan had a series of senior positions in the NPU, including acting chief.

In early 2017 it came to light that Chrystia Freeland’s Ukrainian grandfather, Michael Chomiak, was a Nazi propagandist during World War II. Canada’s then foreign minister deflected questions regarding the matter by saying Moscow was seeking to “destabilize” Canadian democracy. But Chomiak did in fact edit a Ukrainian language newspaper that published speeches by Hitler and Goebbels, as well as the Nazi’s anti-Jewish/Soviet screeds. While obviously not responsible for her grandpa’s misdeeds, Freeland publicly praised him. Moreover, she deflected questions on the matter by stoking Russophobia.

To a large extent Ottawa and Washington view the Ukraine as a proxy to weaken Russia. As part of this geopolitical competition, they’ve backed far right militia members fighting Russian-aligned groups in eastern Ukraine.

The organized Ukrainian community is supportive. Founded in 1940, the Ukrainian Canadian Congress (UCC) regrouped six provincial councils and 20 branches. It claimed to speak on behalf of 1.2 million Canadians of Ukrainian descent. Among its backers were some wealthy individuals, including billionaire Ottawa Senators owner Eugene Melnyk, who was part of UCC’s advisory council. A number of MPs of Ukrainian background had ties to the group, including Freeland who “opposed any warming of relations with Russia.” When the now defunct Embassy published the “Top 80 Influencing Canada’s Foreign Policy” UCC President Paul Grod was listed. In Canada is Not Back: How Justin Trudeau is in Over His Head on Foreign Policy, Jocelyn Coulon, who was a member of Trudeau’s International Affairs Council of Advisers and then an adviser to former foreign minister Stephane Dion, described how the UCC sabotaged efforts to lessen tension with Russia. “Dion’s determination to restore relations with Russia quickly came up against pro Ukrainian pressure groups,” he wrote.

The evidence strongly suggests the Canadian military knowingly works with the Azov Battalion and other far right Ukrainian groups to weaken Russia. That these groups praise the Nazis is a mere public relations issue to be managed for Canada. 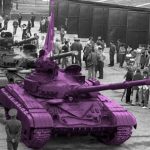 ‘Left problem’ is not cozying up to bad guys but supporting imperialismMedia bias, Yves Engler 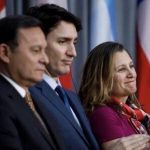