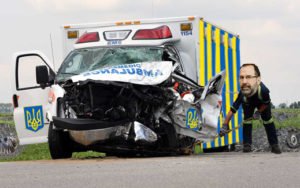 MOSCOW – An Australian coroner and a firm of Sydney, Australia, lawyers have taken the global lead in fabricating criminal charges and billion-dollar compensation claims for the crash of Malaysia Airlines Flight MH17 — without producing evidence. Michael Barnes (lead image), a former tabloid journalist and now coroner for the state of New South Wales, ruled last week that MH17 had been shot down in a “deliberate” act of “mass murder” by “firing a missile equipped with an exploding warhead at the jetliner”. The coroner accepted testimony from the Crown Solicitor assisting the inquest who testified that “certain persons of interest have been identified” as the murderers.

Barnes issued his ruling after he decided to keep secret testimony from Australian police and forensic experts; and after he accepted as evidence a videoclip from the Dutch Safety Board (DSB). This the coroner ordered to be excerpted in the courtroom, removing DSB criticism of the Ukrainian Government and Malaysia Airlines. Barnes also accepted that the evidence submitted by Catherine Follent, the Crown Solicitor, was “uncontested” and “comprehensive”.

Follent issued a warning in the courtroom, telling Barnes it was “inappropriate” for the coroner to draw conclusions for which there was no evidence. Barnes overruled her…

Read the full article and view the photos at the weblink above.

The West keeps piling the blame for the 2014 shoot-down of Malaysia Airlines Flight 17 on Russian President Putin although there are many holes in the case and the U.S. government still withholds its evidence, writes Robert Parry.