By John Helmer, published on his website Dances With Bears, Dec 16, 2015

The Victorian state coroner Iain West has concluded a 60-minute inquest into the deaths of Australians on board Malaysian Airlines MH17 by issuing a statement of findings contradicting the coroner’s own statements as well as the evidence of reports from the Australian Federal Police (AFP) and courtroom testimony from the senior Australian police officer investigating the MH17 crash. 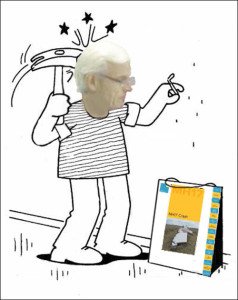 In an 11-page judgement issued on the morning of December 16 at the Victorian Coroners Court in Melbourne, West ruled “it was not feasible to conduct a complete autopsy of all deceased”, and “in the absence of autopsy there is no other evidence to establish individual causes of death. To attempt to do would be speculative and hence not a basis for making finds of fact.”

He then proceeded to endorse the conclusion of the Dutch Safety Board (DSB) that the passengers and crew of MH17 had been killed by the detonation of a “9N314M model warhead carried on the 9M38 series of missiles, as installed on the Buk surface-to-air missile system. Other scenarios that could have led to the disintegration of the aeroplane were considered, analysed and excluded on the available evidence…I accept and adopt the findings of the Dutch Safety Board.”

For details of the DSB report of October 13, the evidence presented, and simulations of missile launches, warhead detonations, and shrapnel impact patterns, read this.

West’s ruling contradicts testimony given in his court yesterday by AFP Detective Superintendent Andrew Donoghoe. Donoghoe told the court that the DSB finding on the Buk missile was uncertain in the ongoing forensic and criminal investigation. Donoghoe is the lead Australian investigator in the Joint Investigation Team (JIT) working on the MH17 evidence. “In order to obtain conclusive criminal evidence,” he said, the Dutch Prosecution Service has made clear “it was also necessary that other scenarios – such as the possibility that MH17 was shot down by another type of missile, or that it was shot down from the air – must be ruled out convincingly.”

Donoghoe repeated the point in an interview outside the courtroom, adding this “is a tougher standard than the DSB report.” He acknowledged the DSB had used simulations of missile firings, not direct evidence.

According to the transcript of Donoghoe’s court testimony, he implied the AFP was not in a position to provide to the Victorian coroner the forensic evidence it has gathered because the Ukrainian government has not consented. “Official communication of the conclusions of the results of the MH17 investigation”, Donoghoe said in court, “will only be released after agreement between the two JIT [Joint Investigation Team] countries.”

The JIT comprises five countries – Australia, The Netherlands, Ukraine, Malaysia, and Belgium. The two to which Donoghoe referred were Australia and the Ukraine. For details of the JIT, and Malaysian government objections to the way it has been run, read this. 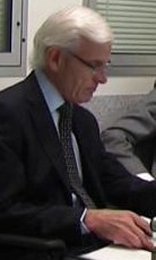 Iain West’s judgement is entitled “Finding into Death with Inquest – Inquest into the Deaths of the 17 Victorian residents who died on Flight MH17.” The text does not refer to Donoghoe’s written report to the court, nor to his courtroom testimony. During Donoghoe’s appearance in court, West asked him no questions about the forensic evidence.

West’s ruling did go into some detail on the post-mortem and autopsy evidence on the victims’ bodies reported yesterday by Dr David Ranson. West described Ranson as an associate professor of the Victorian Institute of Forensic Medicine, and the head of a team of anatomical, dental, and other pathology specialists who worked at the Dutch mortuary centre during July and part of August 2014. Ranson has also delivered two reports of his findings to the Victorian coroner, one in August of 2014, and a second in December 2014.

Ranson said in an interview in the courtroom, before West announced his ruling, that CT scans were done twice over for the Australian victims, once at the Hilversum military base, and then at the Melbourne morgue after the bodies were flown home. “The CT scans were designed to detect metal”, Ranson said. He acknowledges none has been found in the scans of the victims.

Without identifying his source, West ruled that “investigators believe that the total number of hits [on the aircraft] of high-energy objects was well over 800.” He also ruled that “perforation and ricochet damage caused by multiple high-energy objects enabled investigators to conclude that the implicated device was a surface-to-air missile carrying a fragmentation warhead… Forensic evidence determined that that the weapon was a 9N314M model warhead. It was further determined that the Buk surface-to-air missile system is the only weapon system to carry one of the distinctive pre-formed fragments in its warhead and that such a missile system was present in the region at the time of the incident.”

West’s statement of finding doesn’t reveal the “forensic evidence” he thinks is determinative. By the “presence” of the Buk missile, West appears to have been referring to missile batteries operated by Ukrainian government forces recorded by satellite photographs at locations on the ground at the time.

According to Donoghoe’s evidence, if a Buk missile had been fired at MH17 it may have come from a Ukrainian government source. “The Buk missile,” Donoghoe told West in court, “was of Russian manufacture, but of a type which had previously also been provided to the Ukraine. The OVV [Dutch acronym for Dutch Safety Board] was not able to confirm the origin of the specific missile.”

Ranson, the coroner concluded, had described the cause of death without reporting munitions, explosive impact, or shrapnel wounds. According to West, Ranson’s conclusion was that death had been caused by “injury sustained in high-altitude aircraft disruption… I accept the cause of death as stated by Dr Ranson as appropriate in the circumstances surrounding the loss of MH17 and in the absence of individual medical certainty.”

Outside the court, after West closed the inquest, reporters who had listened to the proceedings acknowledged surprise that West’s reference to unsourced and unnamed “forensic investigators” excluded both Donoghoe’s and Ranson’s reports.

West also claimed in his judgement that he was leaving to Donoghoe and other members of the forensic investigative team in The Netherlands the decision on what the evidence indicates for “criminal responsibility for the deaths”. That process will run until “at least mid-2016”, according to the coroner. “The question of who is to blame for the destruction of the aircraft was not considered by the [Dutch Safety] Board as a criminal investigation is being undertaken in order to gather evidence.”

The DSB report, and subsequent media statements by its chairman, Tjibbe Joustra, explicitly point blame at Russia for allegedly supplying Buk missiles and to Novorussian units fighting the Kiev regime for firing at least one of them. For details, read this. West announced this disclaimer: “It is not the role of this Court to attribute blame… the criminal responsibility for the deaths does not form part of the scope of this inquest.”

In his sole reference to the political geography of the Ukraine conflict, West hinted at the same blame for Russia as Joustra. “The location of the crash site,” records West’s ruling, “was, and remains, an area subjected to ongoing hostile military action between armed groups and Ukrainian forces.” If West has decided the “armed groups” weren’t Ukrainian, his innuendo is that they were Russian.

“How can the Australian coroner have it both ways,” commented an international coronial law expert. “If he won’t make findings about the detonation, he shouldn’t endorse the DSB’s claims about the Buk missile. If he insists the Buk missile was the culprit, West is contradicting what he says are the limitations of his own inquiry, and also the evidence of the only experts he called to testify.”

By excluding the evidence of the AFP and of his own pathologist, adds an Australian barrister, “West has taken sides in the politics of the case. If on top of that he is refusing to release the Donoghoe and Ranson reports, he is covering up. West has discredited his own court.”

The corporate press in Australia has reported blandly Deputy Coroner Iain West’s report on December 16, 2015 into the deaths of Australian victims of the crash of Malaysian Airlines Flight 17, including accepting at face value all the absences and contradictory statements by the coroner in his report. Below is an example of the mainstream reporting, in the form of the article which appeared in the Sydney Morning Herald (full text). The report by the Australian Broadcasting Corporation is equally bland and uninforming, though much better grammatically than that of its partner in disinformation.

Victorian Coroner blames missile for blowing MH17 out of the sky

Almost immediately after MH17 was blown out of the sky over the Ukrainian countryside, a surface to air missile was named as the main suspect. Almost 18 months later, Victorian coroner Iain West handed down a finding assigning neither fault nor blame, only fact.

The airliner, its 283 passengers, 11 crew members, two captains and two first officers, was clipped by more than 800 pieces of shrapnel, the result of a BUK missile’s 9N314M fragmentation warhead detonating at close range on the left of the cockpit. Coroner West fully accepted the findings of the Dutch Safety Board, which led the inquest into the tragedy.

A separate criminal investigation into what happened to the scheduled flight from  Amsterdam to Kuala Lumpur on July 17, 2014 are [sic] ongoing. Among the dead were 27 Australians,

Coroner West attended the scene of the investigation in the [sic] Ukraine, watched the 120 forensic specialists slowly piece together the incident.

In an investigation like this, investigators often work backwards, eliminating possibilities as they go. “[The investigation] indicated the aircraft was penetrated by a large number of high energy objects from outside the aircraft, which was not consistent with any known failure of the aircraft or its engine,” the coroner said.

“Investigators found that the direction of both perforating and non-perforating objects originated from a single location. It was determined that this damage together with the shockwave from the blast led to a loss of structural integrity and a breakup of the aircraft.”

The coroner’s job as much as anything was to supervise the process and check its integrity.

“There is no evidence to suggest that the deceased were not treated with dignity at all times,” he reported to a small gathering of victims’ families in the Victorian Coroner’s Court on Wednesday. 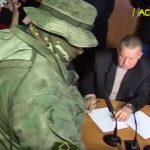